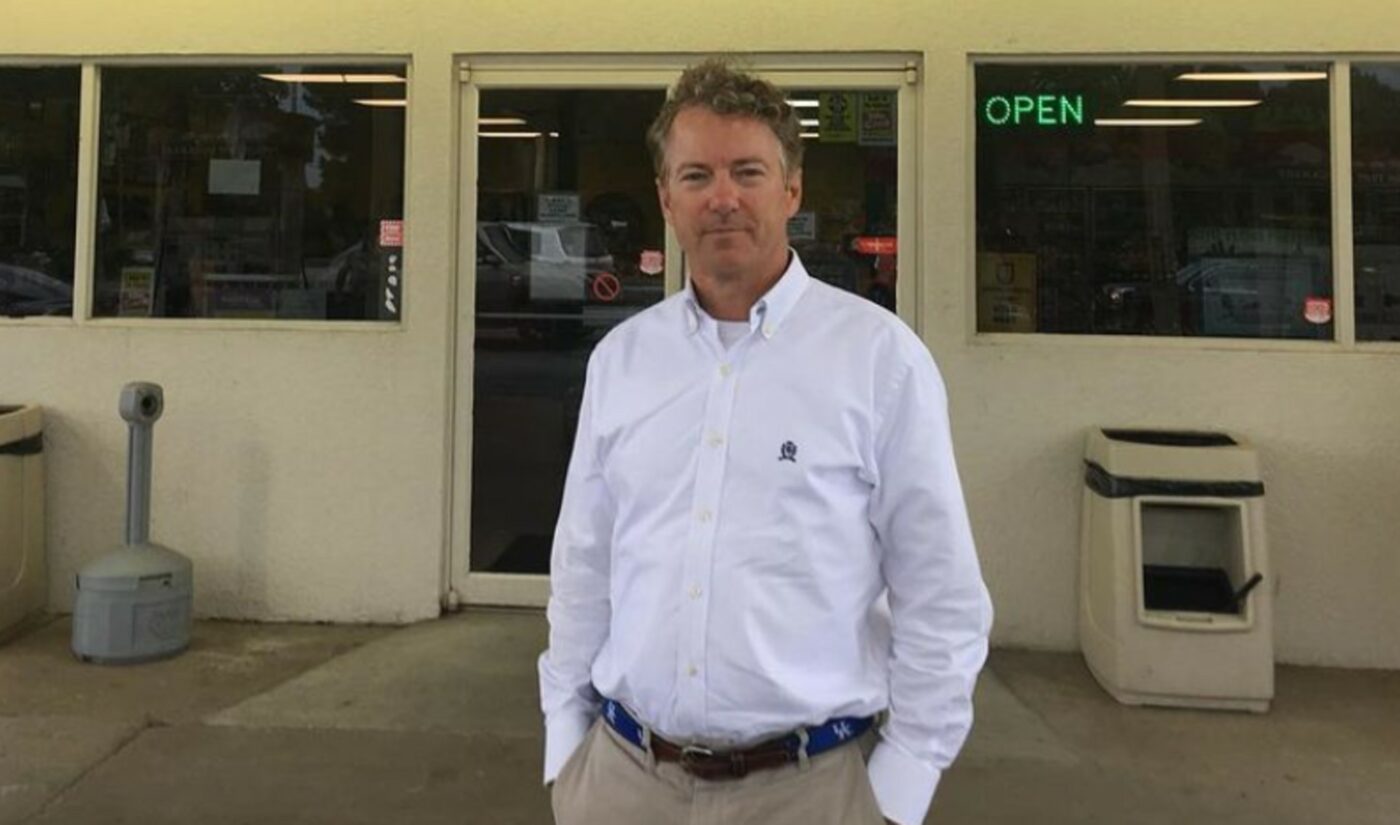 YouTube has suspended Rand Paul for one week for spreading COVID misinformation after the Kentucky Senator said in a now-expunged video that “most of the masks you get over the counter don’t work,” and reiterated that “cloth masks don’t work.”

This marks the first strike on Paul’s channel, YouTube said — which has amassed 19 million lifetime views (though his subscriber count appears to have been privated).

On social media, Paul — a former ophthalmologist — referred to the YouTube strike as a “badge of honor.” He continued, the “leftwing cretins at YouTube bann[ed] me for seven days for a video that quotes two peer-reviewed articles saying cloth masks don’t work.”

A YouTube spokesperson told The Washington Post that it had tendered the punishment “in accordance with our COVID-19 medical misinformation policies,” and explained that it applies “policies consistently across the platform, regardless of speaker or political views.”

Paul isn’t the only prominent political figure to be punished for publishing COVID misinformation. In late July, the video giant removed several videos from Brazilian president Jair Bolsonaro, who has been outspoken against lockdowns, vaccines, masks, and has promoted unscientific treatments.