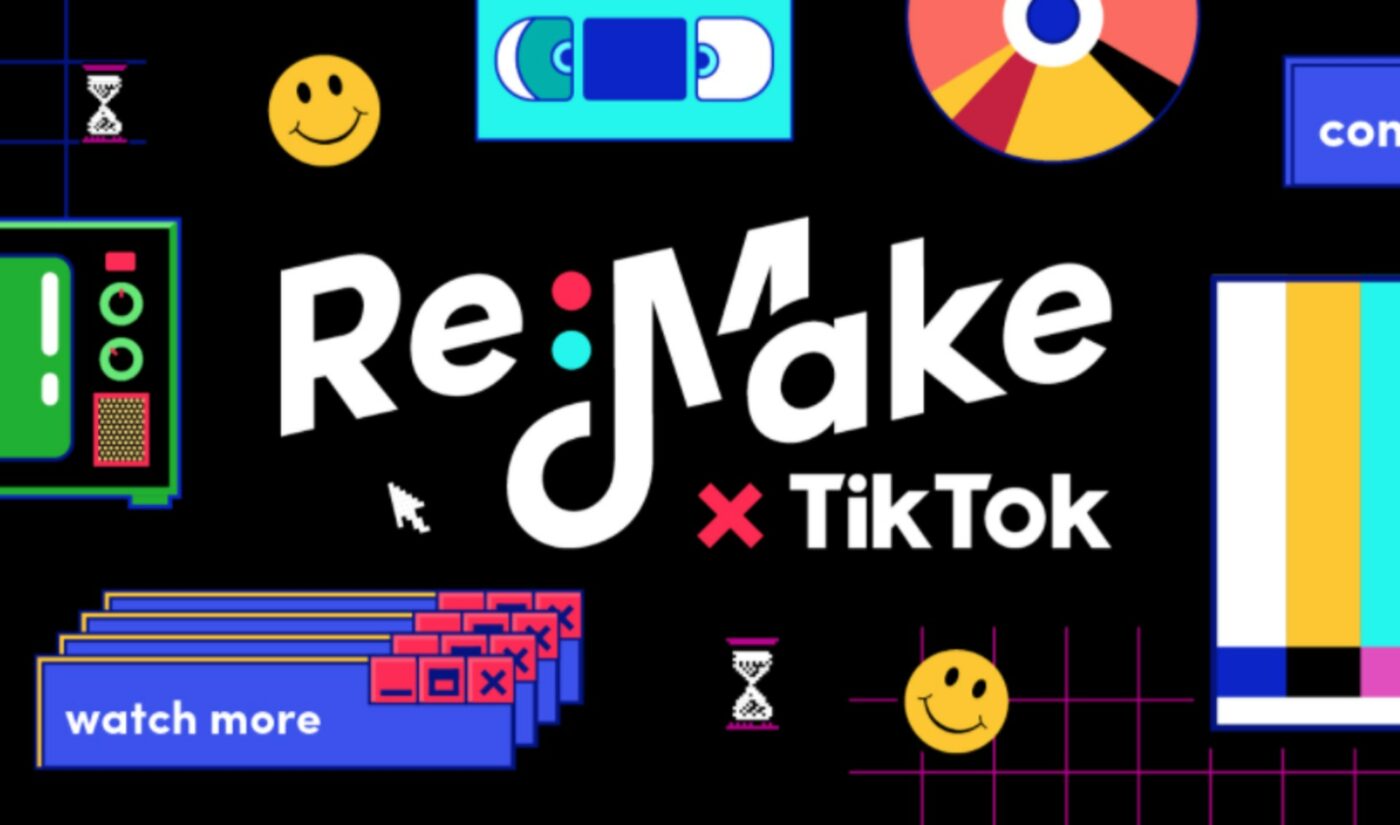 TikTok is commemorating the one-year anniversary of TikTok For Business — its public-facing website where advertisers can review ad products, tender purchases, track spend, and glean best practices — with a new community-wide hashtag campaign.

Dubbed Re:Make, the campaign will see TikTok partnering with brands and agencies to reimagine iconic ads as TikToks, while also soliciting recreations from the TikTok community at large using the #TikTokReMake hashtag.

The inaugural brands to participate in Re:Make are Skittles, Snickers, and Old Spice. In a blog post, TikTok said that other brands could get in touch about participating in future installments.

Skittles will highlight its 2007 spot called Touch, where a protagonist turns objects into Skittles. Accordingly, creators Maddi Winter and Nick Uhas have put their own spin on the spot using animation and science experiments, respectively. Snickers, for its part, will fete its You’re Not You When You’re Hungry Super Bowl campaign starring Betty White — which has been reimagined by TikToker Ross Smith and his beloved grandmother (see below).

Finally, Old Spice has proffered 2010’s The Man Your Man Could Smell Like, starring Isaiah Mustafa — known to many as ‘The Old Spice Man’. For this ad, TikTok tapped U.K. creators Munya Chawawa and Niall Gray to put a distinctly British spin on the commercial by incorporating local references and British humor.

“TikTok is home to a new generation of creative community that has evolved the platform into a culture creation engine,” the company wrote in its blog. “Thanks to our creators, these timeless stories can be told and retold in exciting new ways.”