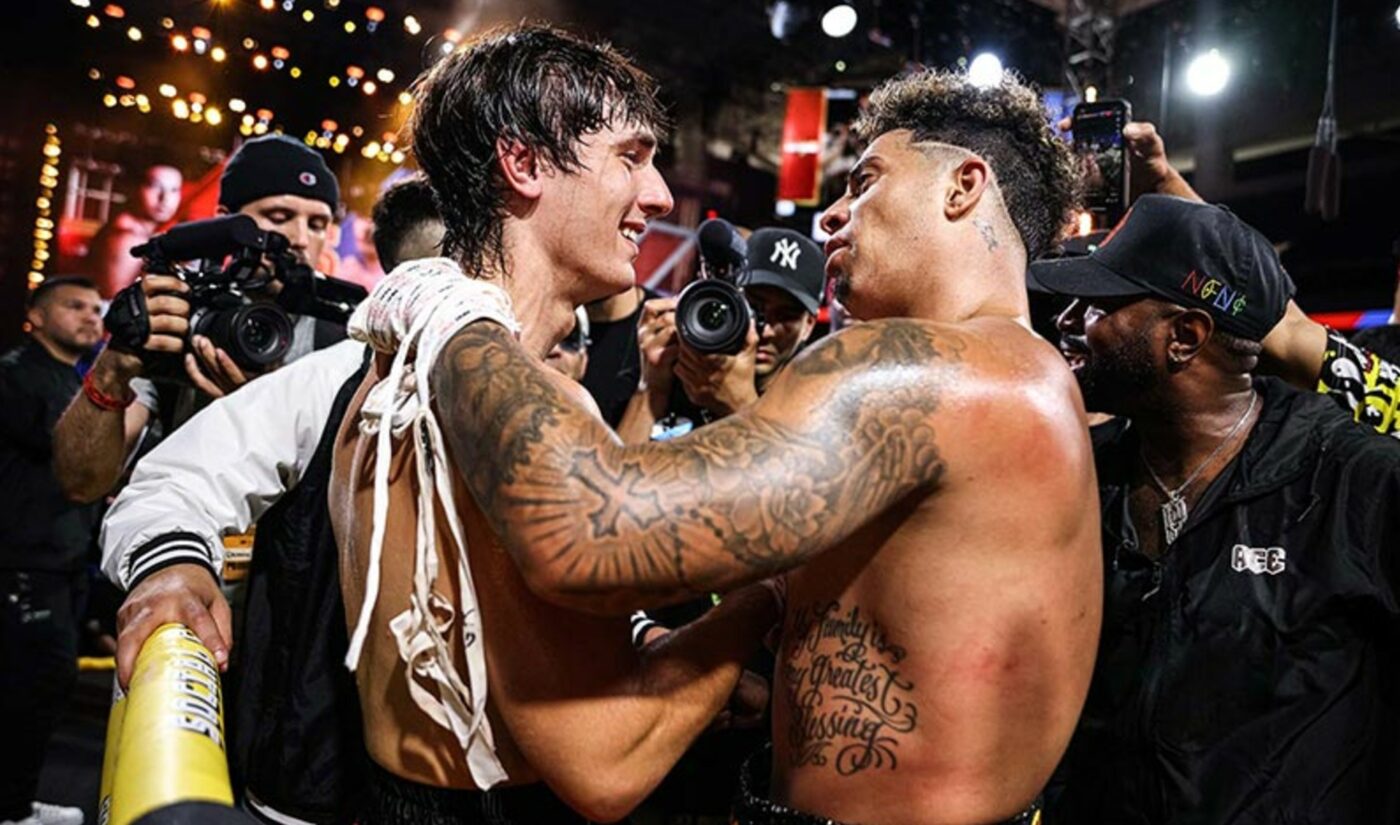 Battle Of The Platforms, a first-of-its-kind boxing event featuring YouTubers and TikTokers facing off in the ring — with a headline fight between Austin McBroom and Bryce Hall — reportedly lost at least $10 million. Now, various participants involved in the venture — including the aforementioned fighters, investors, and producers — are seeking to get paid their rightful due.

Billboard reports that the event cost $20 million to produce, but has only brought in between $6.5 million and $10 million in revenues. Accordingly, investors (including NBA star James Harden), producers, and 15 boxers have yet to be compensated. Hall, for his part, was promised $5 million to participate in the fight.

Both Hall and McBroom predicted that the event would generate between 1.7 million and 2.3 million pay-per-view packages on LiveXLive, which is where the event aired. With packages priced at $50 each, that would have accounted for $85 million to $115 million in revenues. But the event only sold 135,000 packages, per Billboard, generating revenues of $6.75 million. It is unclear how much money was brought in via sponsorships.

Billboard notes that DJ Khaled and Lil Baby — who provided musical entertainment — appear to have been paid in full.

LiveXLive is overseeing revenues from PPV purchases and sponsorship sales, per Billboard, though on a June 28 earnings call, chairman and CEO Rob Ellin said that the company had no ownership stake in Battle Of The Platforms and therefore was taking on “no risk.” When it was announced in March, Ellin said LiveXLive would serve as a partner in the venture alongside producer Social Gloves, an entity led by former CAA agent Paul Cazers.

Accordingly, McBroom has threatened legal action against LiveXLive and called for an audit of the event’s numbers. He also claims that LiveXLive failed to clamp down on piracy of the stream, enabling hundreds of thousands of viewers to tune in on YouTube for free. Others involved with the event, however, claim McBroom is at fault for approving an untenable budget and improperly marketing the event.

If LiveXLive and those seeking payment cannot come to an agreement, the situation could end in a bankruptcy or a lawsuit, Billboard reports.

You can check out the outlet’s full rundown of the ongoing melee right here.