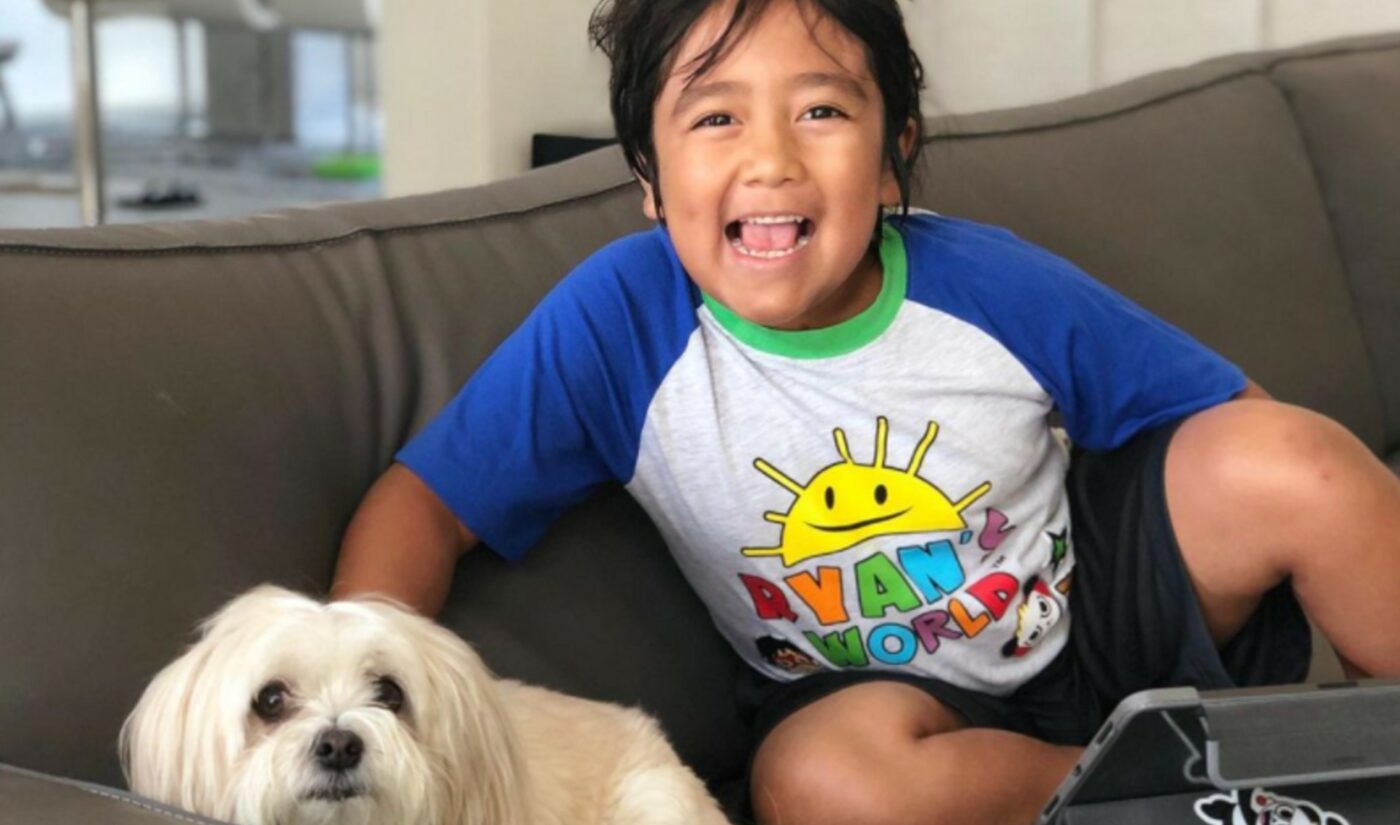 Nine-year-old YouTube phenom Ryan Kaji of Ryan’s World is set to interview two astronauts this Thursday on live stream who are living and working aboard the International Space Station.

The interview, conducted with NASA’s Megan McArthur and the Japan Aerospace Exploration Agency’s (JAXA) Akihiko Hoshide, will serve to encourage STEM education among children. NASA refers to this demographic as the Artemis Generation, given that it will be the first to witness a woman and person of color exploring the lunar south pole as part of the organization’s Artemis Program, whose aim is to return astronauts to the lunar surface.

The conversation between Kaji and both astronauts will take place this Thursday at 10:25 am ET on Kaji’s massive YouTube channel — which is home to 30 million subscribers and 500 million monthly views — as well as NASA’s YouTube channel.

In addition to the interview, Kaji will visit a full-scale model of NASA’s Mars rover and helicopter at its Jet Propulsion Lab (JPL) in Pasadena, Calif. Content from these visits will live on Kaji’s YouTube channel, the Ryan & Friends OTT channel, and the OTT network of franchise partner Pocket.watch, which spans myriad platforms.

“Educational videos, including science experiments and history lessons, are a huge part of the content we produce for the Ryan’s World YouTube channel,” Ryan’s father, Shion Kaji — who is also the founder of the family’s production company, Sunlight Entertainment — said in a statement. “We know a lot of kids look up to Ryan, so continuing to provide videos that spark new interest means so much to us.”