YouTube Rolls Out Personalized Video Recommendation Feed ‘New To You’ 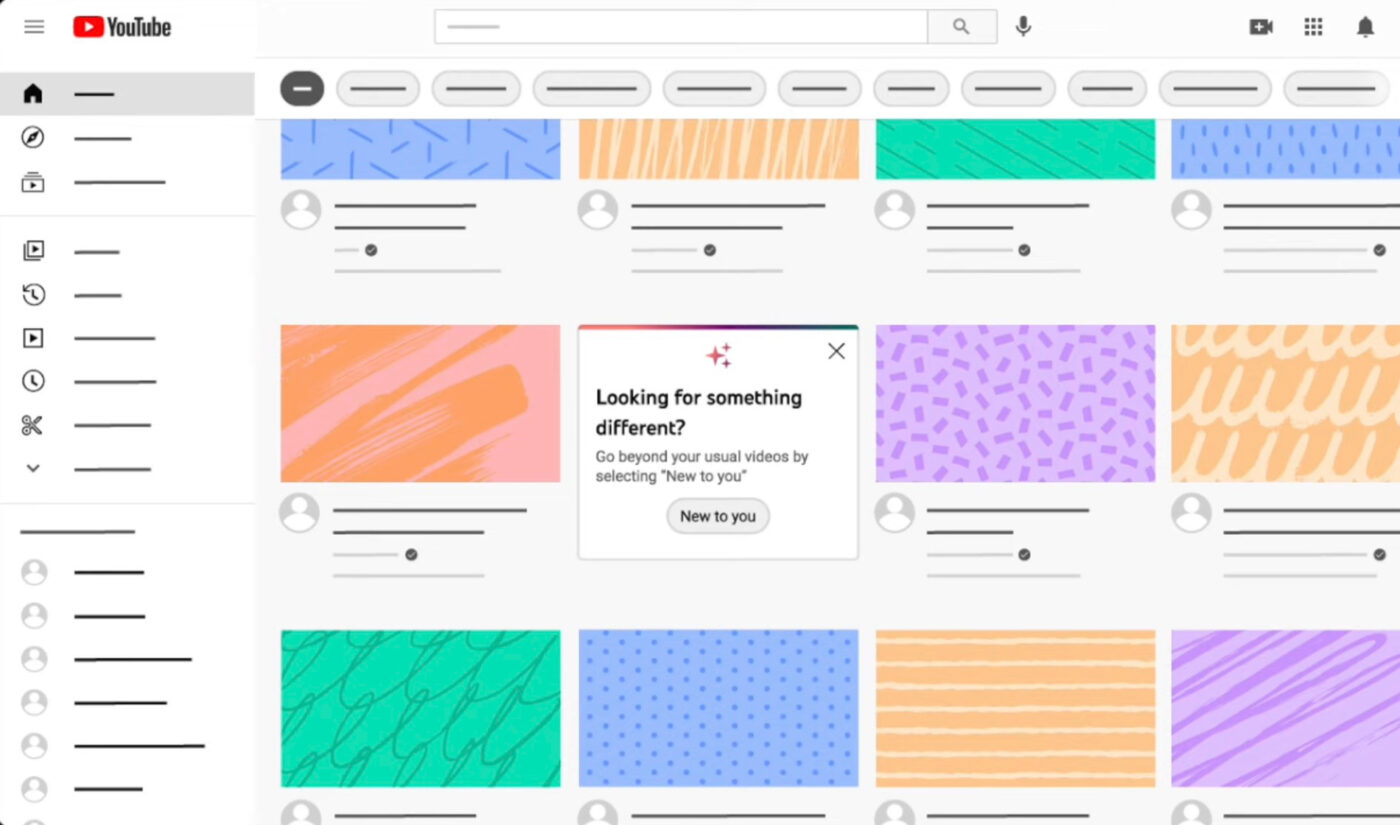 YouTube is introducing a video discovery feed it hopes will “help viewers discover creators or content that is new to them, and help them explore beyond their typical recommendations,” Becka, a products manager, said in the platform’s most recent Creator Insider upload.

“A message we’ve heard from lots of YouTube viewers is that their Home feeds feel a little bit stale,” Becka explained.

The feed, called New To You, is different from YouTube’s Explore page because it’s personalized to each user, and suggests a range of content they haven’t seen before, but will likely be interested in based on their activity.

New To You will also recommend “things that are a bit further afield of what you typically watch,” Becka said. She gave a personal example, saying that because she’s been watching soundscape videos lately, New To You recommended her a channel that creates mashups of vintage songs, then tools them so they sound like they’re being spun up on a record player in the next room, with a background fuzz of rain outside.

New To You is rolling out to all users this month on mobile. The feed can be accessed in two places.

First, New To You will appear as a colorful button at the top of the Home feed, at the front of the bar where YouTube currently recommends categories viewers might be interested in. Tapping that button will take users to the New To You feed.

Second, New To You will pop up as a prompt if a user has been scrolling their Home feed for a while, but hasn’t selected a video to watch. The popup box (which you can see in the hero image above) will ask if the user is looking for something different, and if tapped, will open the New To You feed.

YouTube hopes this feed will be beneficial for both viewers and creators. “We know that, as creators, it’s really magical when you can connect with a new person who really loves your content but maybe just hadn’t discovered you before,” Becka says. “That’s a really magical experience for viewers as well.”

You can watch Creator Insider’s full video on New To You below.