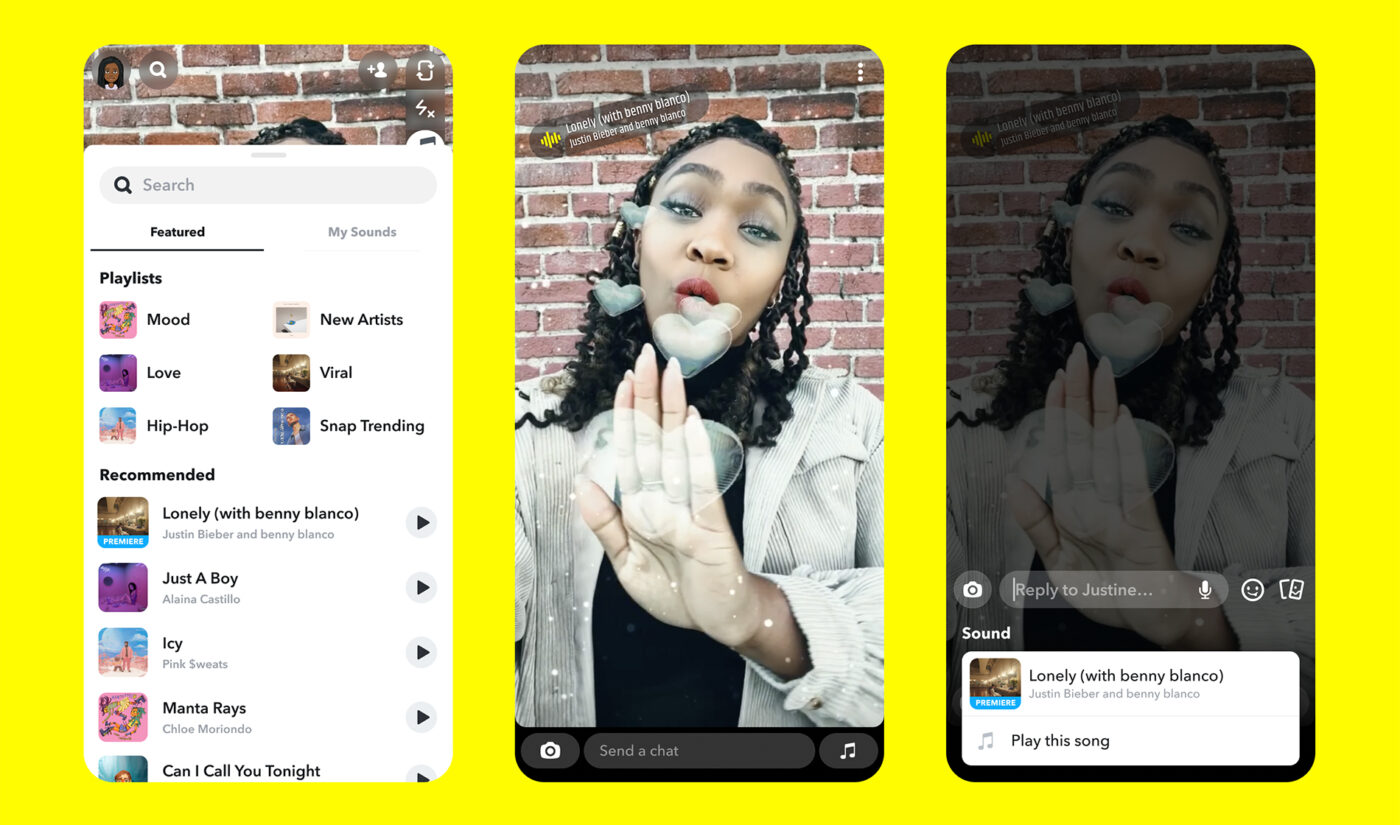 Launched in October 2020, Sounds lets Snapchatters incorporate audio tracks into their Snaps and Stories. Its functionality is similar to TikTok’s sound library for creators, with one significant difference: Snapchat’s library only contains tracks it has already licensed, with no user-uploaded tracks (at least for now).

Under the terms of its newly signed deal with UMG, Snapchat is adding thousands more tracks to Sounds, all of which will be available to its global user base on iOS and Android.

The deal will also see UMG develop exclusive material for Snapchat’s augmented reality tools, including “Lens content featuring the company’s artists that will be regularly available in Snap’s Lens Carousel and Lens Studio, with the opportunity to feature merchandise launches and e-commerce experiences,” UMG said in a statement.

This is not the first time UMG and Snapchat have partnered to distribute UMG content to Snapchat users, but it is their first broad licensing agreement.

“It’s been exciting to see how quickly Snapchatters have taken to our Sounds creative tool, and in turn the immense impact it has had on the music industry as they discover and share music with their friends and the community,” Ben Schwerin, Snap’s SVP of content and partnerships, said in a statement. “Universal Music Group has been a tremendous partner over the past several years, and we’re thrilled to expand our relationship to bring Snapchatters even more music to express themselves and create engaging Snaps.”

In addition to announcing the agreement, Snapchat unveiled details of how Sounds has performed over the past eight months.

Since the feature’s debut, Snapchatters have used songs from Sounds in a collective total of 521 million videos that have together amassed more than 31 billion views, the company says.