YouTube Millionaires: Welcome To The TRY Channel, Where A Cast Of 40+ Irish People React To Culinary Delicacies And Disasters 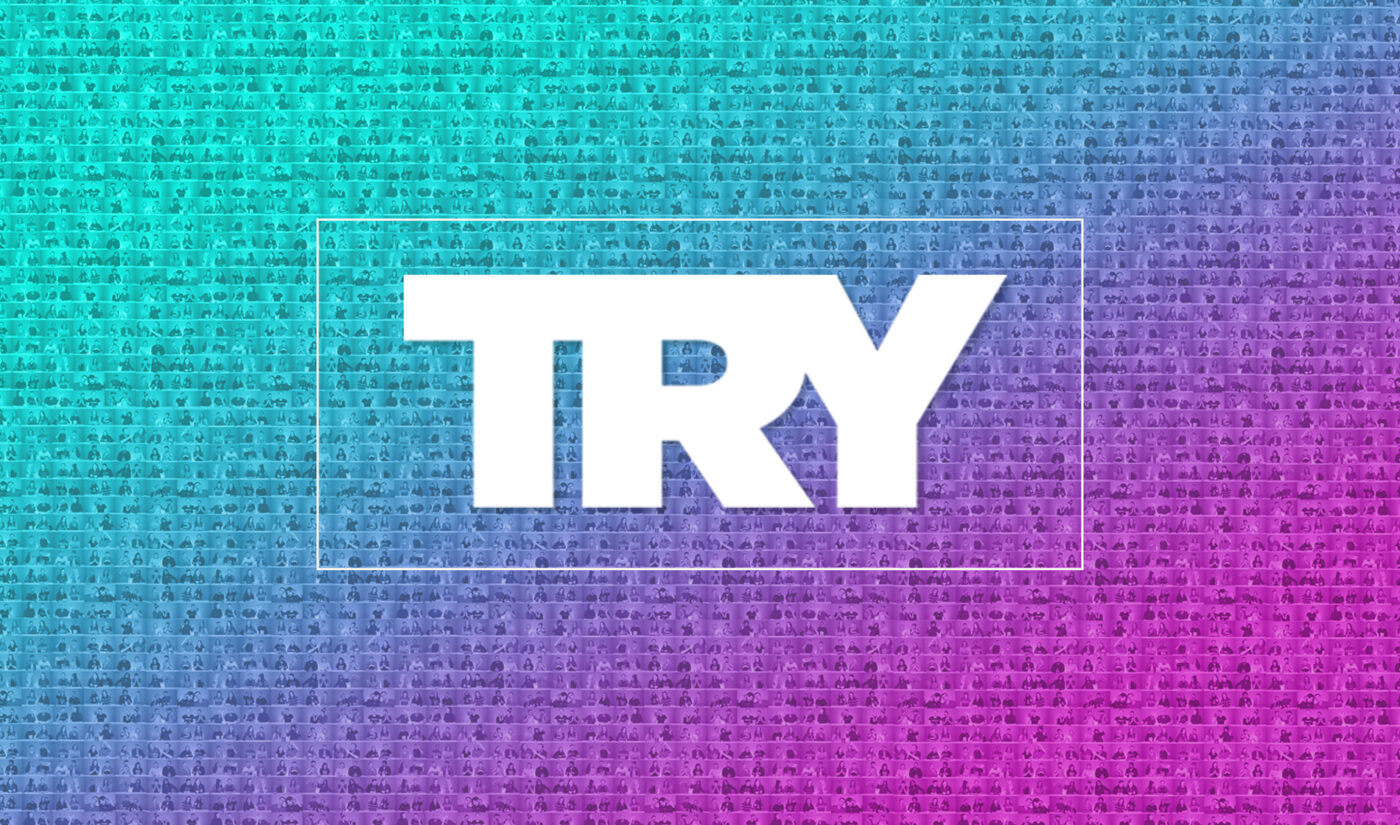 Back in 2018, Colin Regan, Seán Connolly, and Kellie Hughes all agreed: the internet could use more Irish people.

Each of the three longtime friends had been producing content on YouTube for years, and had noticed the rapid rise of people-trying-food videos, with individual YouTubers as well as outlets like BuzzFeed and Epicurious netting tens of millions of views on clips of folks trying everything from historical lunches to Australian snacks to banned foods.

They’d also noticed that–as they put it—“‘Irish People’ as a concept tended to do well on YouTube.” And though the people-trying-foods niche was growing fast, it also seemed to be growing around content made by and starring Irish folks.

So, the trio figured they’d fill the gap.

Enter The TRY Channel, which today publishes three videos a week that feature a rotating cast of more than 40 “TRYers.” In your typical TRY video, two or more of these daring adventurers are presented with a themed selection of foods and/or drinks. TRYers have sampled (and have sometimes been, shall we say, less than impressed by) spicy alcohols, “exotic” Fanta flavors, meat bars, death nuts, good old American cheesebugers, and much, much more.

Like many other creators, Regan, Connolly, Hughes, and the rest of the TRY team have dealt with significant challenges over the course of the pandemic. Despite that, they’ve been adamant about sticking to their Monday/Wednesday/Friday upload schedule–something they’ve held to since the start of their channel–and this steadiness has helped push the TRYers to more than one million subscribers.

The TRY Channel: It feels amazing! It’s funny to look back at the day we went live with the channel, freaking out over our first 500 subscribers. We had no idea where it would go from there! It’s wonderful to have seen the channel grow from that point, and to see more and more people enjoy the content we’re putting out. Whether someone was our ninth or our nine hundred thousandth subscriber, we can never thank them enough for supporting the channel, and helping make it into what it is today.

Tubefilter: Tell us about The TRY Channel team! How many folks work on the channel? Who does what?

TTC: The TRY Channel was created by Colin Regan, Seán Connolly, Kellie Hughes, three friends with a number of years of YouTube experience on their own, who came together in 2018 to kick things off. They’re involved in running the channel, producing the videos, and managing the social pages.

Of course, the channel wouldn’t be anything without the TRYers, the people featured in the videos doing the actual tasting, drinking, testing and playing. We have a wonderful cast of 40+ people who give their honest, and often hilarious, views on whatever the topic of the day is. The TRY Channel really is a massive group effort, and we’re lucky to have such a great team.

Tubefilter: When and why did you start The TRY Channel? Did you know going in what kind of content you wanted to make, or did you discover that along the way?

TTC: We started the channel over three years ago, in April 2018. There had been a number of reaction-based channels up and running by that point, with varying degrees of success. “Irish People” as a concept tended to do well on YouTube, particularly with a more international audience. We noticed there was a gap in the market at that point for “Irish People Try”-style videos, so we went from there. We knew the style of content we wanted to go for, and over the years we’ve been able to expand it into different types of videos, series, and the like–and we want to grow that even further as time goes on.

Tubefilter: Walk us through the production process. How often does a video take from start to finish? What does the average day at The TRY Channel office look like?

TTC: We generally get a pair of TRYers in to film for a couple of hours at a time. From filming to editing to uploading, we can produce a video in a couple of days at this point. Of course, with running the channel and editing numerous videos at a time, this isn’t an exact timeline, but that would be roughly how it works.

An average day at the TRY office wouldn’t be too exciting outside of filming days–primarily editing, scheduling, and general channel management! When filming, things can get a little bit messier. There’ll be various foods, snacks, cocktail recipes, spicy challenges, and more–but it’s always a good bit of fun for producers and TRYers alike.

TTC: Over the years, we’ve managed to grow our audience at a relatively steady pace, gaining spikes of traction when a video goes viral or a series of videos does particularly well. The one thing that’s always worked for us is consistency–we upload three videos a week, on Monday, Wednesday and Friday, at 9 p.m. GMT. We haven’t missed a single upload since we began, and we’ve always been on time. Combine that with each video ending with a joke-y message to new viewers asking them to “subscribe, hit the bell, click all,” and we’ve found that a large number of them will convert into regular viewers.

We do keep an eye on how our content is working with our subscribers, too. For example, we used to do a number of “watching” videos, where TRYers would comment on TV shows, YouTubers, or other video clips. These videos tended to not perform as well with our audience–and, in turn, YouTube’s algorithm–so we ended up phasing them out. This allowed us to then focus on stronger content, which benefitted the channel overall.

Tubefilter: What do you think makes The TRY Channel stand out amidst all the noise on YouTube?

TTC: We think that one of the things people like most about TRY is that you can throw on any one of our videos, and just have a bit of a laugh. No matter who you are or where you’re from, everyone can enjoy people trying new drinks, foods, or experiences, and get some entertainment from their reactions. The key with our channel is having so many entertaining TRYers that there’ll always be something funny in every video. We often hear viewers telling us they go to watch one video, and end up watching five, eight, or ten in a row–which can only be a good thing!

Tubefilter: What does The TRY Channel get up to outside of YouTube? Do you have any merch, presences on other platforms, merch, etcetera…?

TTC: We have presences on Twitter, Facebook, and Instagram, as well as our constantly evolving merch line. The merch items are always a fun addition, and the team we work with do a wonderful job executing the various designs and puns we pull together for the merch itself. We also have a wonderful community on Patreon, where we upload behind-the-scenes clips, bloopers, and extended cuts, as well as hosting regular production Q&As.

TTC: That’s the big question! Like most channels, a lot of our future plans were put on pause back in March 2020, but as time goes on, it looks like we’re getting back to some sense of normality at last.

We have a lot of plans in mind, particularly in terms of branching out TRY even further, whether this be in the form of podcasts or even touring a live stage show of sorts. It’s still early days, but we’re really excited to see what the future holds for the TRY Channel, our TRYers, and all our viewers!