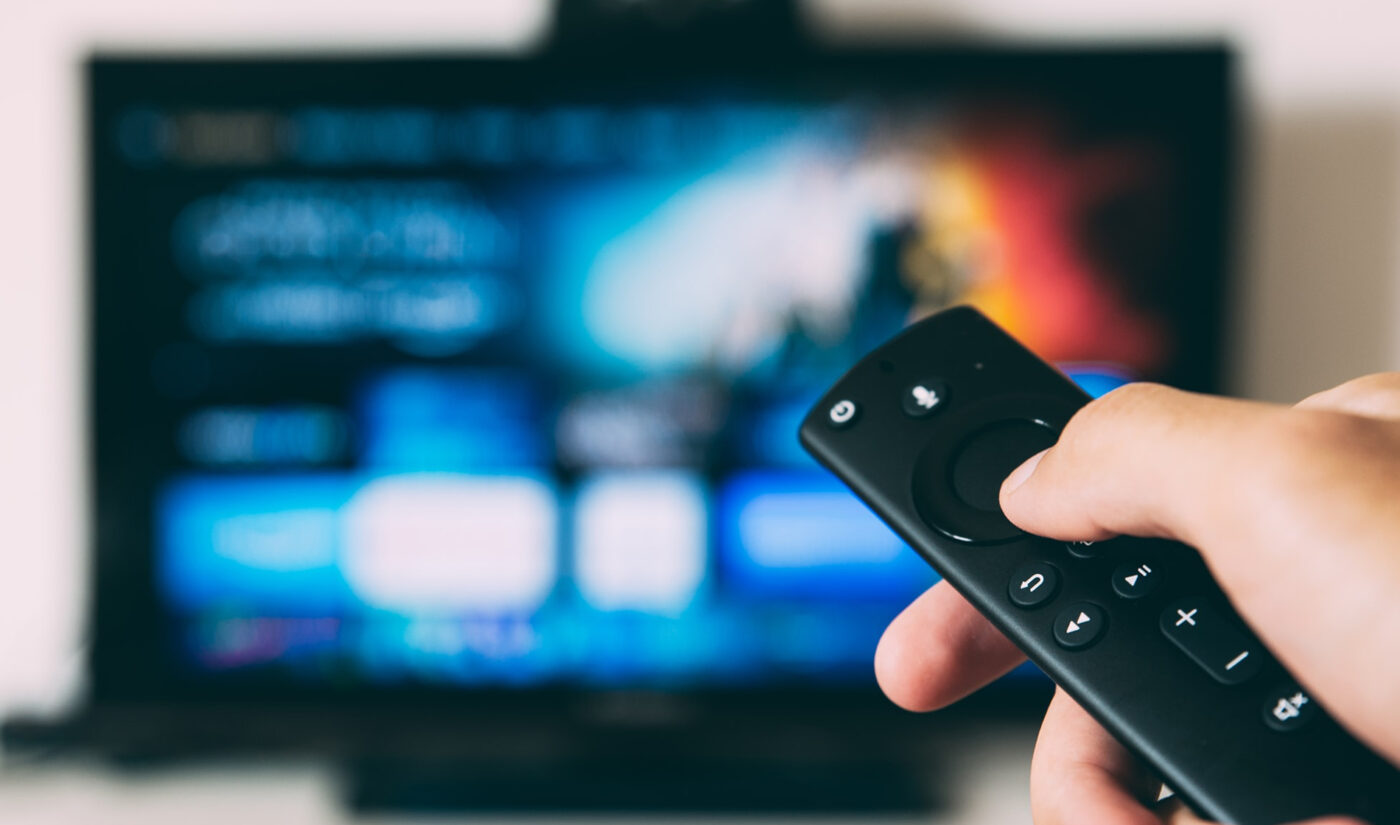 After a year that kept everyone stuck inside more often, it’s no surprise that people watched more content than ever.

And a new report from the Global Video Measurement Alliance–which counts Tubular Labs among its members–details not only how how much linear TV viewership grew, but also just how crucial social video is for media companies alongside linear audiences.

Some of the key findings within the report:

Social video reach is closer than you think

Linear TV audiences are aging, to the point where networks are even emphasizing the 55-and-older audiences in upfronts presentations, as A+E did this year. But while linear is able to reach those audiences, it’s less able to reach younger viewers, who many times can be found instead on streaming and social video.

Within the report, data from Tubular and Nielsen shows that for traditional linear TV companies, social video (Facebook and YouTube, in this case) offers about 70% of the reach that linear provides. For others, the divide’s even slimmer. Walt Disney Co., for instance, is nearly even (52% vs. 48%) in terms of reach on social vs. linear TV.

Traditional media companies like Disney, ViacomCBS, and Comcast with a lot of content that directly appeals to younger audiences showed linear and social at a dead heat in terms of reach. 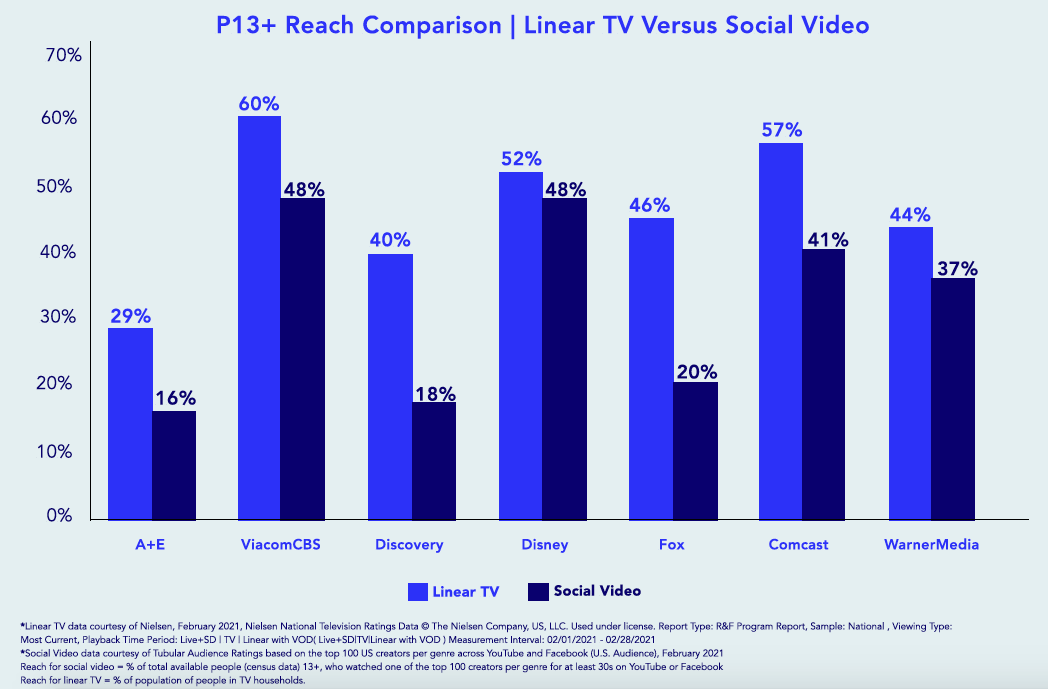 The differing ages of social video consumers versus linear TV audiences also lends to some major differences (and similarities) in the types of content watched.

Looking at February 2021 alone, kids’ entertainment content on social video reached 57% of the U.S. population, but on linear that was just 16% the population. Music and dance videos had 52% reach on social video, versus just 14% on linear. Food and drink and DIY content had similar breakouts as well, with both topics above 40% reach on social video, yet less than 20% on linear. Knowing this information, traditional media companies can both tailor social content according, and potentially adjust linear offerings to cater to what social’s younger audiences are watching.

Additionally, these comparisons also show where audiences are near parity with one another. On both social video and linear TV, entertainment has 62% reach. On linear TV, news and politics owns 54% reach, but social video isn’t too far behind with 48% reach. And while sports has 52% reach on linear, it’s at 37% on social video.

Across Facebook and YouTube alone (looking at the top 100 creators per genre), Tubular data shows that watchtime grew by 55% from February 2020 to February 2021. Tubular found that growth was pretty consistent across all demos, though social video watch time was slightly greater for females than males. And the 13-17 age group had the highest growth at 62% year over year.

The average creator genre grew reach by 12% in the timeframe, while growing unique views or sessions by 41% on average. Time spent per view also jumped, on average for all genres, by 10%.

So larger audiences were watching more videos, and were spending greater blocks of time watching social videos. While that was certainly apparent at the height of lockdowns and a lack of primetime programming or sports last spring, those same dynamics weren’t in place when the study concludes in February of this year. People had major linear programming options available. But were still increasing what they watched on social.

You can check out the full report for more insights like these.