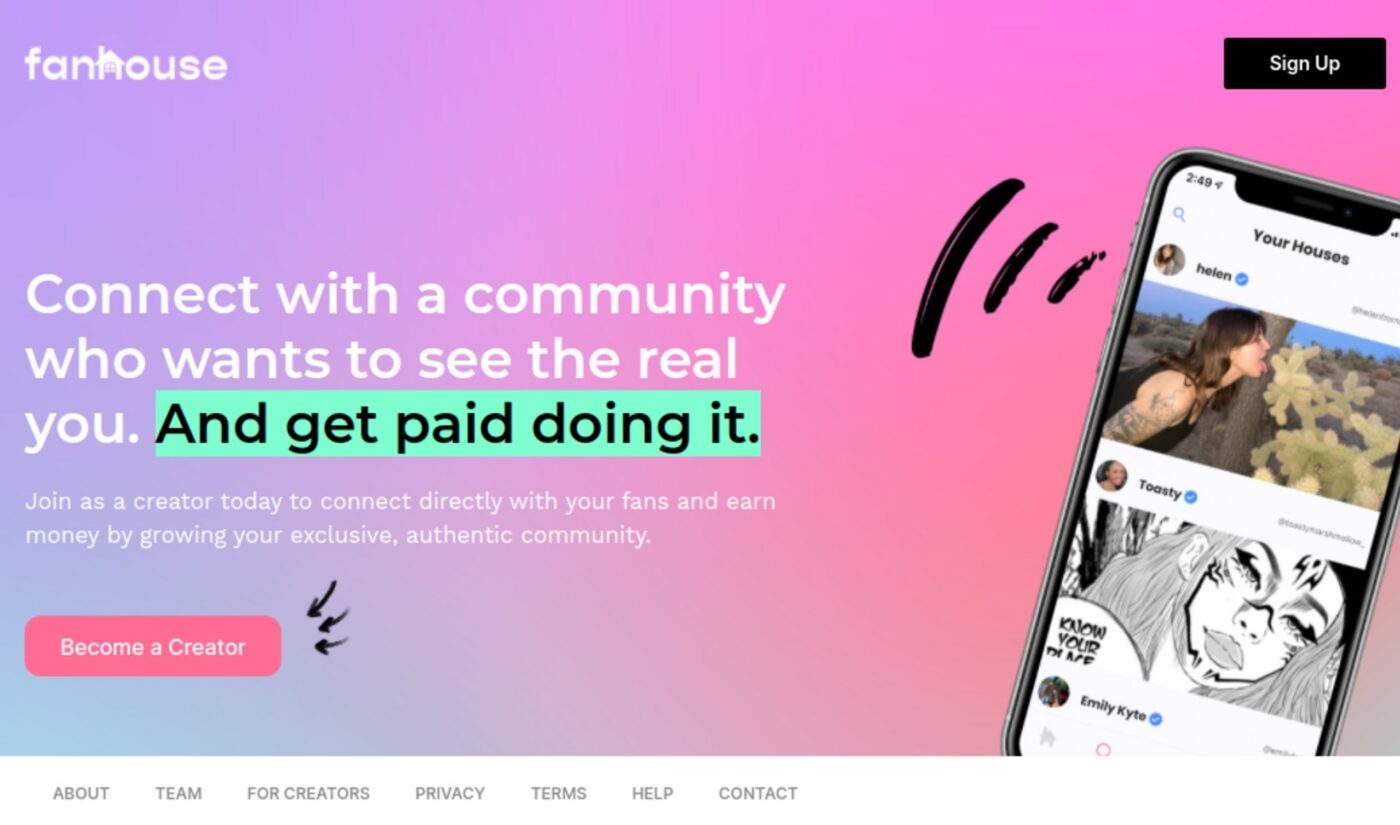 Fanhouse, a fledgling, OnlyFans-esque platform whose aim is to help creators monetize their fan communities with safe-for-work content, has raised $1.3 million in seed funding.

Eight-month-old Fanhouse likens itself to a finsta, close friends story, or private alt account that fans can subscribe to, access exclusive content via tipping, or even request custom content for a fee. The platform also offers various forums where fans can interact with one another. No adult content, nudity, or pornagraphy is allowed, with Fanhouse pocketing a 10% cut of all transactions. (OnlyFans, by comparison, takes 20%).

The startup was founded by Twitter creator and Wharton grad Jasmine Rice, who tells Bustle she signed up for OnlyFans while in school, whereupon she was earning $35,000 per month on a non-nude page. She established Fanhouse with two Twitter friends — and Stanford grads — Jerry Meng and Khoi Le, who serve as chief technology officer and CEO, respectively.

Fanhouse says it now counts 650 creators who use its service. In March, Rice told Bustle that the platform had 5,600 monthly active users and that it was profitable.