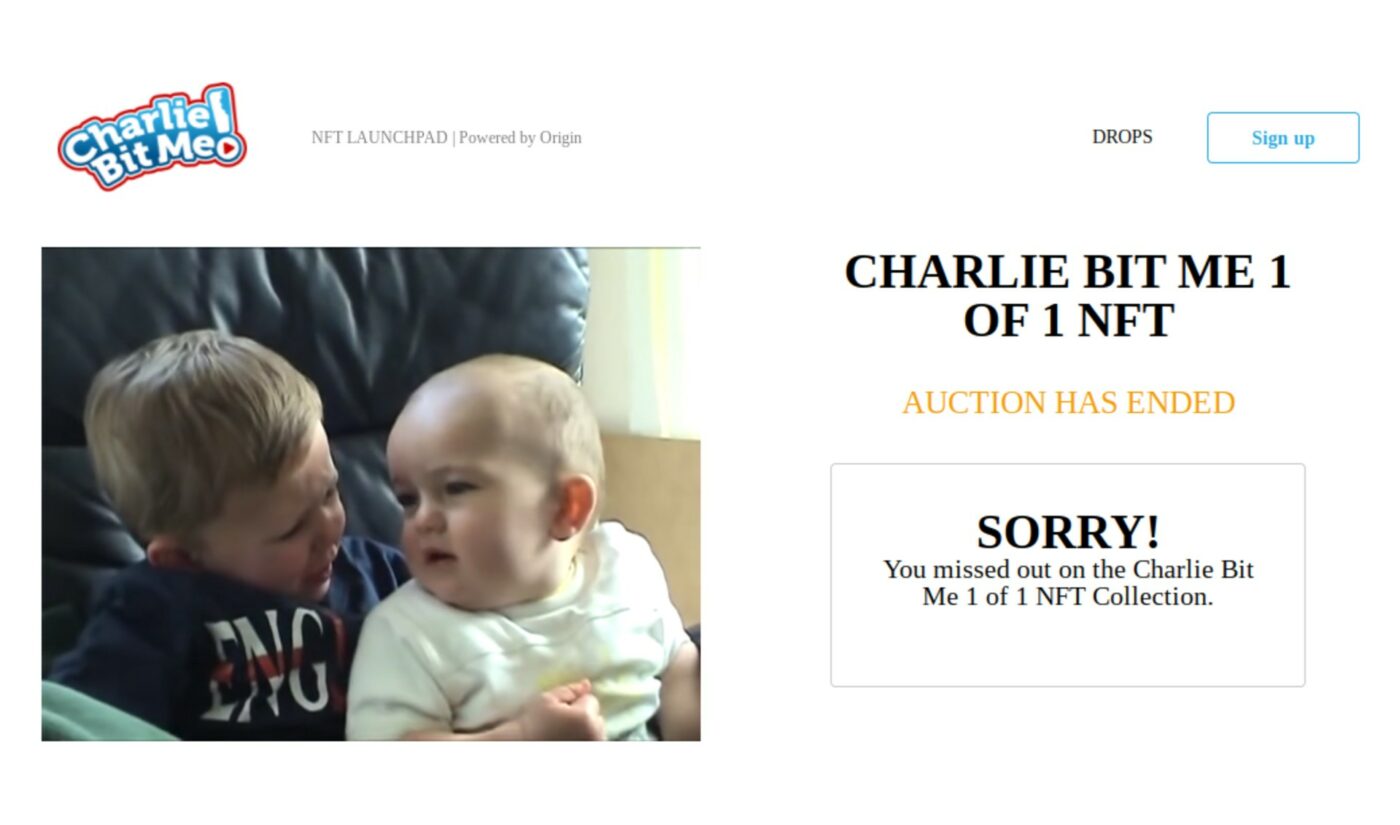 An NFT iteration of the Charlie Bit My Finger viral YouTube video has sold at auction and will be removed from the platform, in what could become a newly popular way for explosively successful meme makers to cash out.

The non-fungible token of the video was sold by the Davies-Carr family on a dedicated website powered by NFT platform Origin Protocol for $761,000, CNN reports. The 14-year-old, minute-long video features Charlie biting his younger brother Harry’s finger in adorable fashion, and had racked up a stunning 884 million views prior to its sale.

CNN reports that the auction winner goes by the moniker 3fmusic, and took home the prize after a frenetic bidding war ensued in the event’s final hours. In addition to a certificate of authenticity denoting that they have access to the original video, the winner will also be able to create a parody of Charlie Bit My Finger with the Davies-Carr brothers, who are now teenagers.

Charlie Bit My Finger is still live on YouTube for the time being, though it is unlisted (below), with the title noting that the family is, “waiting on NFT decision.” And comments have long been turned off, which is why the Davies-Carr’s opted to remove the clip from YouTube to begin with.

“YouTube have set the video to ‘made for kids’,” wrote one of the boys’ parents in the video description box. “I have appealed many times and every time I get an anonymous rejection from the community. I have tried to enable your engagements but no one from YouTube will return contact. This video was made for my friends and family and engagement has always been with adults. Instead, I have moved to engaging with fans through NFT. We helped YouTube grow and embraced it early. We are now moving onto the next exciting thing.”

Another viral video, David After Dentist — which was published in 2009 and has racked up 140 million views — was sold in an NFT auction earlier this month, though that clip turned in a relatively paltry $11,600. It appears, however, that there aren’t any plans to remove David After Dentist from YouTube.