AT&T To Spin Off WarnerMedia, Combine With Discovery To Form Standalone Entertainment Giant In $43 Billion Deal 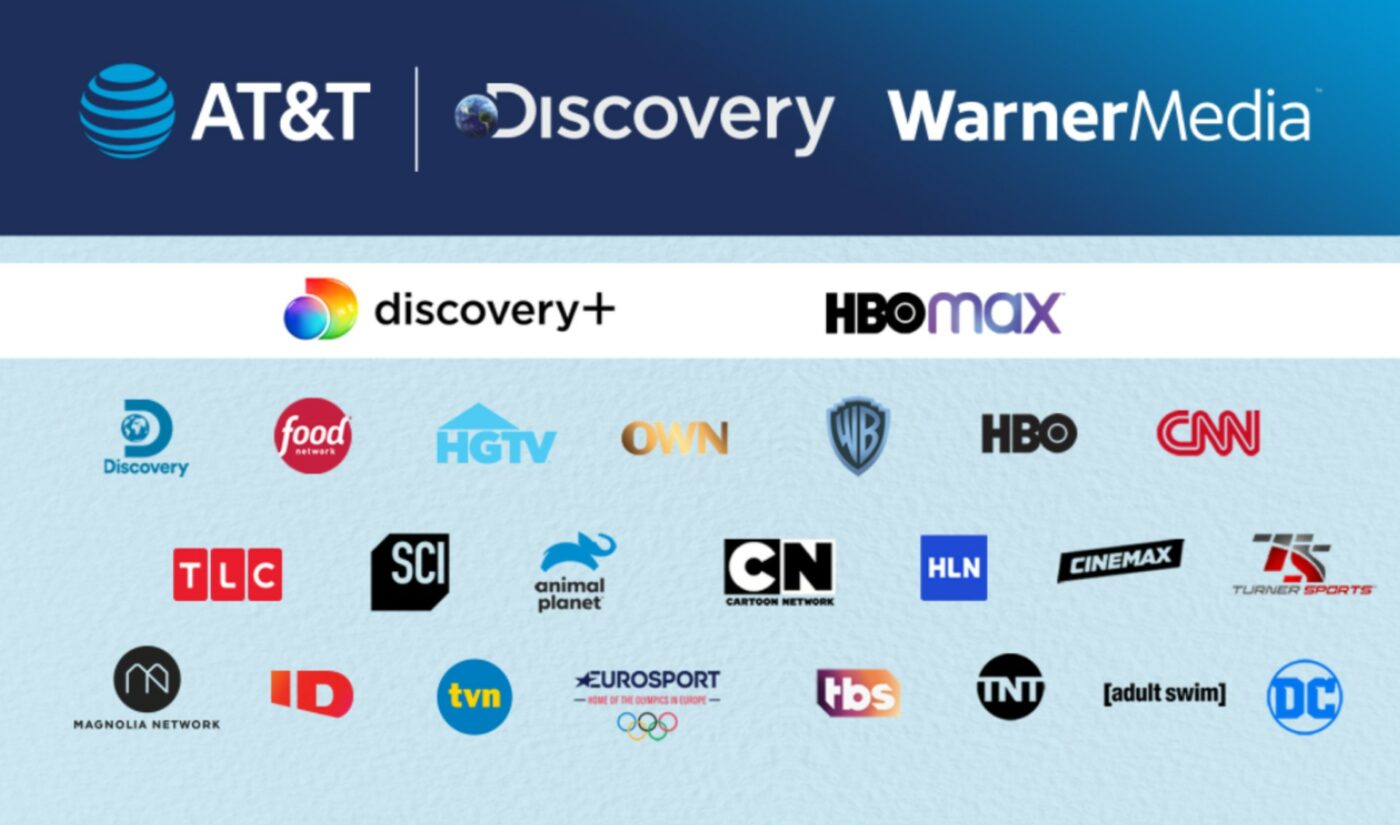 AT&T has unveiled plans to spin off its WarnerMedia business and combine with Discovery Communications to form a standalone, publicly-traded entertainment conglomerate.

In a release, the companies said the new entity — whose name will be announced later this week — will be led by Discovery president and CEO David Zaslav, with execs from both companies slated to fill key leadership roles. (The fate of current WarnerMedia CEO Jason Kilar remains uncertain). The Financial Times pegs the valuation of the combined entity at $150 billion.

It would bring together storied content brands like HBO, Warner Bros., Discovery, DC Comics, CNN, Cartoon Network, HGTV, Food Network, TLC, and Animal Planet under one roof. And the new entity would presumably pave the way for a streaming offering that has the scale to compete with industry leaders like Netflix and Disney+. The transaction is expected to close in mid-2022.

The deal — which has been approved by the boards of both companies — calls for AT&T to receive $43 billion in a combination of cash and debt securities, while WarnerMedia will retain certain debts. AT&T shareholders will receive stock representing 71% of the new company, while Discovery shareholders will own 29%. The companies say the new entity would boast projected 2023 revenues of $52 billion, though it will launch with roughly $55 billion in debt.

In a release, the companies said WarnerMedia and Discovery’s areas of expertise were complementary, and would bring together not only top executives and content creators but also synergistic media libraries. WarnerMedia’s expertise lies in scripted entertainment, animation, news, and sports, while Discovery is predominantly focused on unscripted, international entertainment, and sports. Both already have flagship streaming services — HBO Max and Discovery+, respectively — though it remains to be seen whether they would continue to operate independently.

“During my many conversations with [AT&T CEO John Stankey], we always come back to the same simple and powerful strategic principle:  these assets are better and more valuable together,” Zaslav said in a statement. “ It is super exciting to combine such historic brands, world class journalism, and iconic franchises under one roof and unlock so much value and opportunity.”