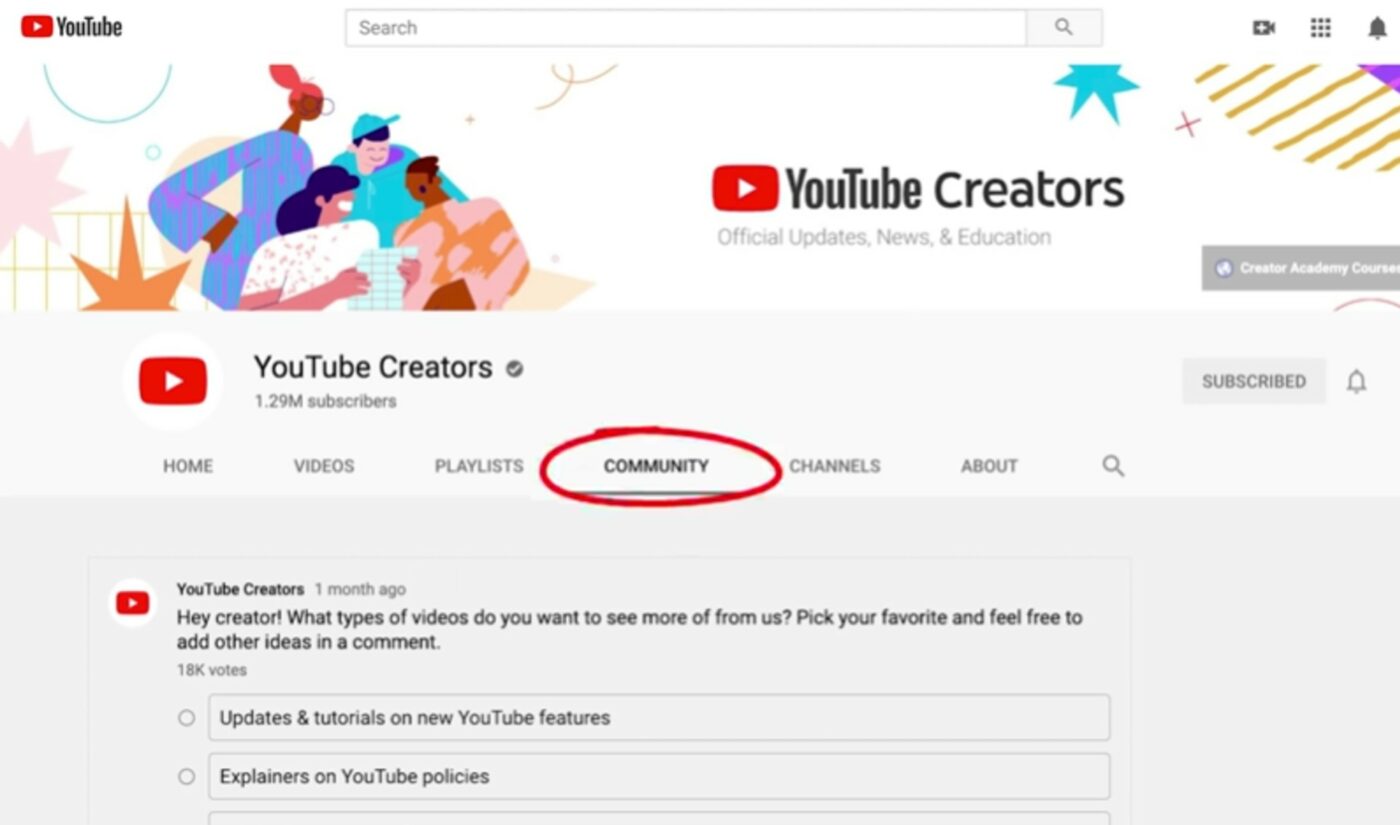 YouTube has announced three updates to Community posts, a tool enabling creators to stay in touch with viewers outside of traditional video uploads, including polls, GIFs, text posts, and images.

These posts appear in the Community tab, and may also show up in users’ ‘Home’ or ‘Subscriptions’ feeds. Community posts are available globally to creators with more than 1,000 subscribers.

First, YouTube announced in a Creator Insider video, that it will now furnish metrics surrounding creators’ Community posts in YouTube Analytics. These metrics will include impressions (how many times a post was shown) and engagement rates (how many times fans responded). These figures will only be accessible on desktop devices, with mobile availability to roll out soon, YouTube said.

Next, Community posts will be able to contain multiple images — up to five in a single post, as opposed to the previous one-image limit. Currently, multiple images only available on Android, YouTube says, with plans for expansion to iOS and desktops later this year.

Finally, creators will be able to schedule Community posts on iOS — a capability that was already available on Android and desktops.

You can check out the Creator Insider clip announcing the Community updates right here: