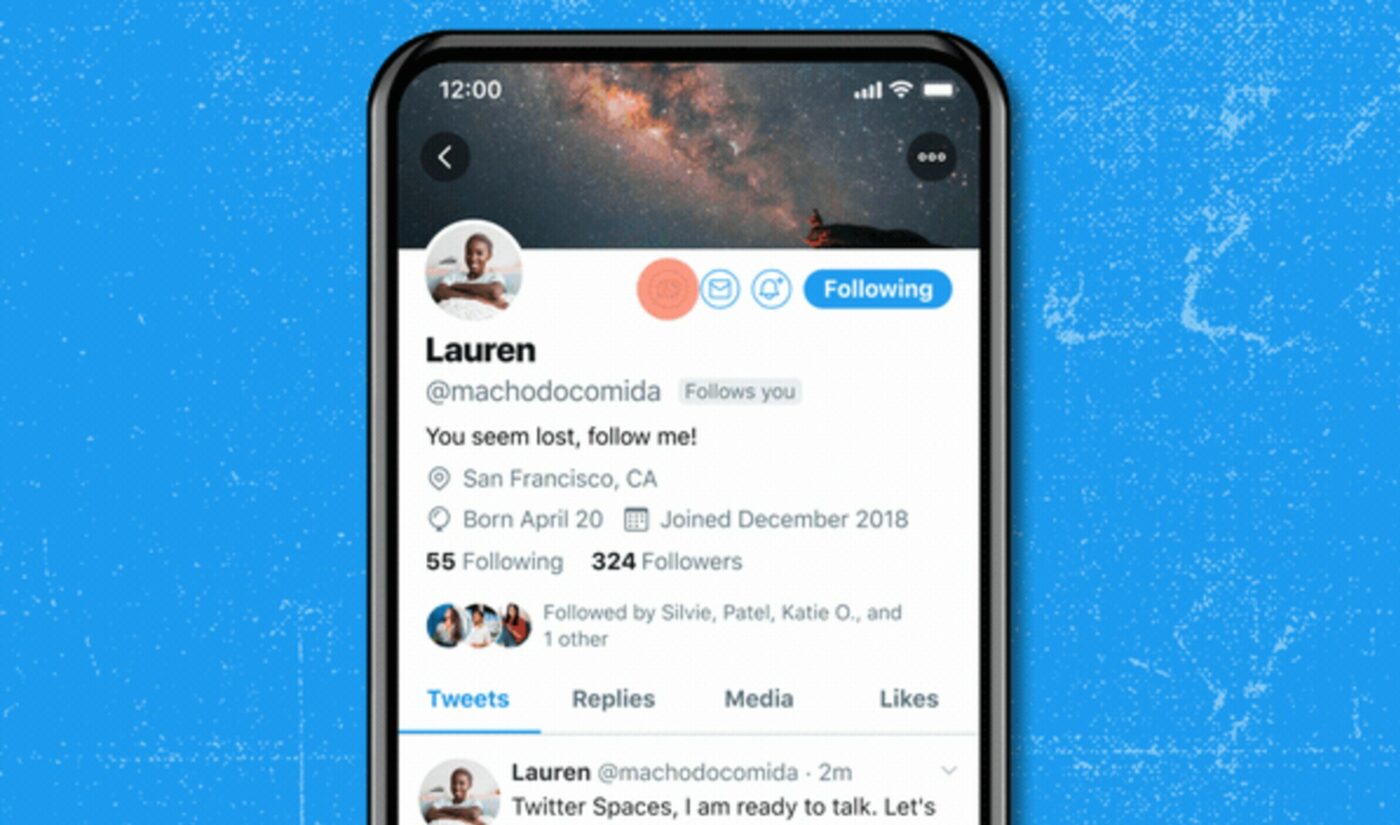 Twitter has unveiled a new feature in order to help get its creators paid.

The company started rolling out Tip Jars yesterday, writing in its blog that Twitter users already frequently share their PayPal or Venmo handles after a Tweet goes viral or they’re soliciting aid. Now, this capability has been integrated natively.

The ability to accept tips is available to “a limited group of people around the world who use Twitter in English,” the company said, including “creators, journalists, experts, and nonprofits.” That said, everyone using Twitter in English on iOS and Android is able to send them.

Twitter won’t take a cut of any tips. And on the Android version of the app, Tips can also be sent within Spaces — the company’s Clubhouse-like platform for live audio conversations.

Accounts with Tip Jars enabled will see the icon next to the ‘Follow’ button on their profile pages. Once tapped, contributors will see a list of payment services or platforms that that account has enabled. Today, creators can choose to be supported via Bandcamp, Cash App, Patreon, PayPal, and Venmo. Twitter says it is working to add Tip Jars to more profiles and more languages imminently.

The Tip Jar arrives on the heels of Twitter’s NewFront presentation, during which it unveiled a bevy of branded content deals with Billboard, Genius, Refinery29, and Tastemade.