Creators On The Rise: Fera Animations Gained 320,000 Subscribers In 4 Months Thanks To Video Game, Art Craze 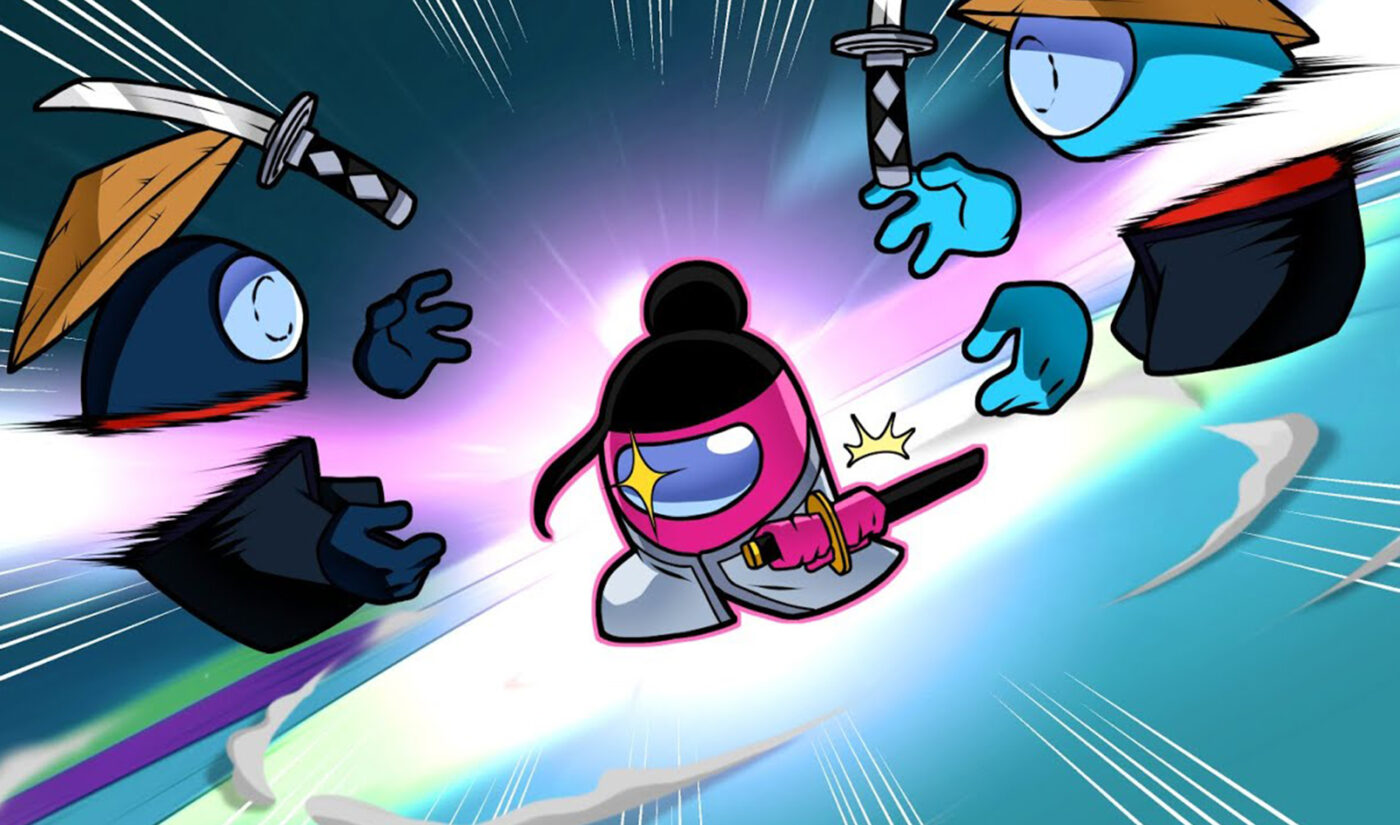 If you were on the internet at any point in 2020, it was near impossible to miss the rise of Among Us.

The multiplayer whodunnit was originally released in 2018, but after COVID lockdowns kicked in, people–including content creators–went looking for long-distance ways to spend time with their friends.

Among Us’s concept is simple. A group of people play as very normal, very human “Crewmates” completing tasks on a space station. The twist is that a few of the Crewmates are not very human at all. These players, called “Impostors,” win by sabotaging the station and/or killing their human coworkers.

When Twitch streamer Sodapoppin (3 million followers) began playing the little-known game for his audience in July 2020, Among Us had a modest player base: generally, around 30 to 50 players were online at any given time.

Now, its average number of concurrent players (at least as of February 2021) scrapes 4 million.

Sodapoppin’s Among Us broadcasts tempted well-known content creators like Markiplier (29 million subscribers on YouTube), jacksepticeye (26.9 million), PewDiePie (109 million), Ninja (16.6 million on Twitch), Valkyrae (3.35 million), and Pokimane (7.7 million on Twitch) to adopt the game. Their combined audiences–plus play time from public figures like Alexandria Ocasio-Cortez–-helped make Among Us a household name.

For art director François, that burst of popularity was an opportunity.

François, who is based in Dubai and the United States and prefers to go by first name only, learned the business side of YouTube while working for a multichannel network. The job made him realize he wanted to start his own YouTube channel–but it wasn’t until Among Us skyrocketed that he found his content niche.

In December 2020, François launched his channel Fera Animations with a comedic, one-minute video (embedded above) illustrating some relatable Among Us struggles–things like constantly being assigned Crewmate rather than Impostor, or rushing to complete a finicky task while knowing an Impostor might be nearby, waiting to stab you in the back.

After that video, François stuck to a release schedule of around one fully animated short per week. Between December and March, Fera Animations brought in 145,000 subscribers, and around 34 million views.

Then Friday Night Funkin happened. Like Among Us, the punk aesthetic, Dance Dance Revolution-esque rhythm game began growing after finding favor with content creators. Over the past two months, it has amassed enough of a fanbase on YouTube and Twitch that its developer launched a Kickstarter to make more content in the game’s universe. That Kickstarter has raised a whopping $1.5 million.

The Friday Night Funkin fanbase showed up for Fera Animations, too. François’ first Among Us x FNF crossover video garnered 18 million views–more than four times the viewership of previous videos. He immediately proritized making content for FNF, a decision that’s helped drive his channel to 319,000 subscribers and more than 70 million views total. 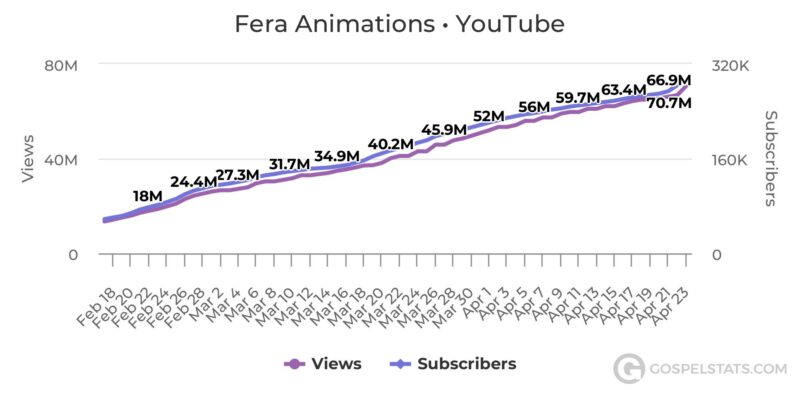 François says his channel’s growth has also made him step back and consider how to best grow the Fera Animations team, plus improve his overall content strategy, forge more brand partnerships, and start marketing his channel.

Tubefilter: Tell us a little about you! What’s your name? Where are you from? What do you get up to outside of YouTube?

François: My name is François, I’m from France but I currently reside in between Dubai and the United States. I’ve been traveling in Europe, Asia, and the U.S. over the past years. I started my career working in a YouTube MCN for a few months before starting my first YouTube channel.

I’m very focused/obsessed with YouTube, to be honest, and this has been the case for the past six years.

Tubefilter: How did you get into art and animation?

François: Mostly through friends. Most of them are artists of some type. I started to get interested into animation about six years ago, at the same time as my short MCN experience.

At the time, I just knew that I wanted to deal with video content creation, and my MCN experience helped me meet many big YouTubers who inspired me to start my own journey. I realized that YouTube was the platform of the future for video content, so I decided to invest all of my time and effort into it.

I also started to learn and work with some friends in animation at this time.

I’m no longer focusing on animation at the moment. Instead I am working on content strategy, marketing, and management.

Tubefilter: Your channel has recently seen a noticeable boost in subscribers. Do you know which video or event triggered this increase? Was this a new type of content for you, or your channel’s usual fare?

François: Yes, the Among Us animations were successful. But Friday Night Funkin now took over, and we achieved the third most-viewed video of this month on YouTube for FNF. We also started to introduce originally composed music in our content with this video.

We’re especially proud because the animation is really fun to watch. We’re feeling privileged that we are able to put great quality content out there and for it to go viral! It happens so often that content creators are doing their best to make quality, but the platform doesn’t reward it, and this is the most frustrating feeling in the world.

The success of Fera Animations in a nutshell: a combination of timing and amazing content.

François: Yes, definitely. Fera Animations is where I’m putting most of my efforts now. My aim is to grow the channel as much as possible in the next years.

François: Directing the content creation day by day–shout-out to my team, they are all amazing.

Working with my team and reading the positive comments on the videos are the two main sources of satisfaction that I get out of the YouTube ecosystem.

François: Next: more uploads on the channel to reach a critical size. We will not compromise on quality, though, instead we are looking at uploading more with a constant quality improvement.

Also, we’re looking at partnering with selective brands to promote them directly. We have a lot of fun doing creative advertising. It is also amazing to be in touch with great tech or gaming companies, so we’ll be pushing in this direction to grow faster and deeper.