Creators On The Rise: Gunnar Deatherage Is Stitching Himself A Career On TikTok And YouTube Shorts 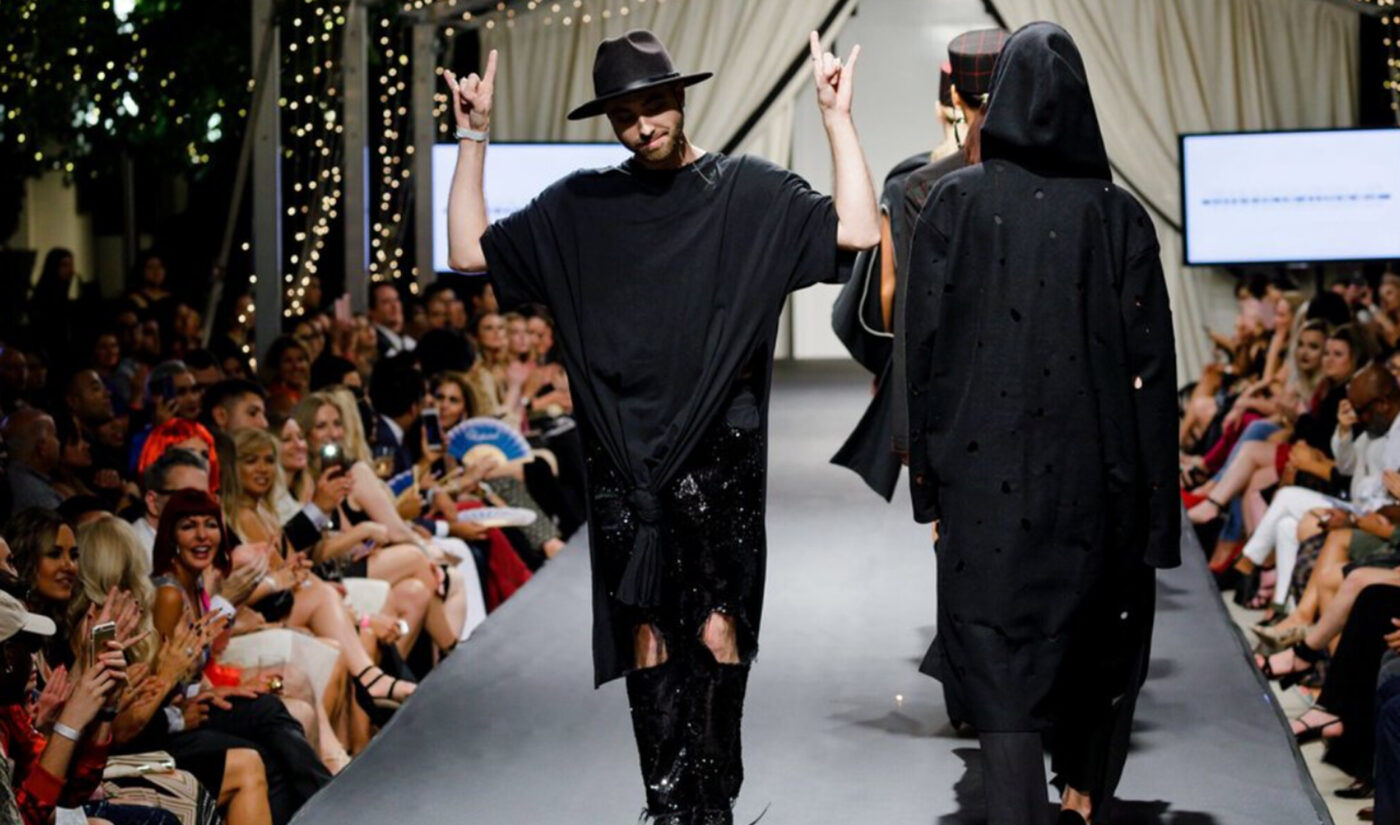 Gunnar Deatherage is no stranger to stitching for an audience.

In 2012, the Los Angeles-based designer showed his skills on two back-to-back seasons of Bravo TV’s long-running series Project Runway, competing in the show’s tenth season as well as the fourth season of its spinoff special Project Runway All Stars. Deatherage didn’t walk away with the catwalk crown in either season, but Project Runway did help launch his career in fashion and set design.

Between the end of his time on Project Runway and the start of the COVID-19 pandemic, Deatherage had his work featured in magazines like Vogue Italia, Elle, Pattern Magazine, and USA Today. He styled celebrities including Lady Gaga, Matthew Broderick, and Allison Janney. At his day job as the art director, decorator, and draper for film and commercial design firm Nomad, he has worked on sets for music icons like Ariana Grande, Katy Perry, Halsey, and Sia.

But, like many folks across many industries, Deatherage’s stream of work began to slow with the onset of the pandemic in March 2020. So he put idle hands to work by joining TikTok.

Deatherage posted to the shortform video platform at least once per week, with each upload showcasing his start-to-end process of making everything from custom dresses to ultraluxe hats to recreations of stars’ red carpet looks. At the same time as his TikTok following began to grow (he’s now up to nearly 2 million fans), YouTube introduced its own TikTok competitor, Shorts.

For Deatherage–who says he considers YouTube the only platform that can support a full-time digital career–it was a clear opportunity to bring his content to the world’s largest video sharing site.

Deatherage began uploading 60-second videos to YouTube in January 2021. At the end of that month, he had his first hit: a clip where he made a cocktail party-ready dress from dollar store items. He made a similarly themed video at the end of February where he turned $2 fabric into a ’60s party gown.

Deatherage says the growing attention has already led to a partnership with Patreon. In the coming weeks, he plans to launch a page where patrons can pay for handmade patterns that’ll let them recreate his viral pieces. 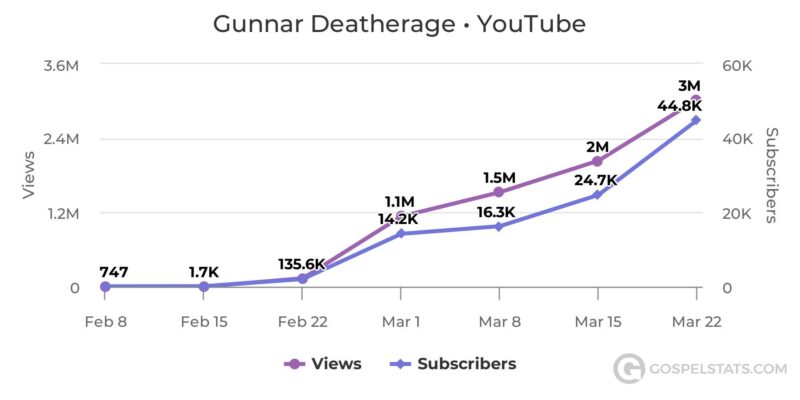 Tubefilter: Tell us a little about you! Where are you from? What do you get up to outside of YouTube?

Gunnar Deatherage: I am originally from Louisville, K.Y., but I live in L.A. now! I don’t have much free time, but when I do take a moment for myself,  I love to go to the gardens in Los Angeles, travel, shopping–ha! My background is in set and interior design as well as fashion design! I’m a bit of a Swiss Army knife of skill sets! I like to refer to myself as a modern Renaissance man. My brain just loves to create, it doesn’t matter the medium.

Tubefilter: Your channel has recently seen a big boost in subscribers and views. What triggered this increase?

I can 100% thank YouTube Shorts for the increase. The new sector of the platform is really embracing the media style of apps like TikTok and Instagram Reels, so it has really brought my style of content to new eyes, and for that I am so thankful!

Tubefilter: Was there a specific video that went viral? Why do you think that particular video became popular?

GD: My first truly viral video on YouTube was a video [embedded below] where I created a dress from items I bought at The Dollar Tree. I think there’s something so fun and whimsical about making something from nothing. I was on a few seasons of Project Runway, so creating in that way is just in my nature at this point!

Tubefilter: How did you get into fashion design? What draws you to it as a career?

GD: My grandmother taught me to sew early on, and encouraged me to always improve my skills. I’m entirely self-taught aside from her knowledge. I love dressmaking because you can create such incredible pieces from nothing but a flat piece of fabric. It’s 3-D art meets multiple skill sets. Sewing is a lot of problem solving, so the little victories along the way make it worth it. Also, seeing someone feel their absolute best in a piece you created is a feeling like none other.

Tubefilter: How, why, and when did you decide to launch a YouTube channel?

GD: To be honest, YouTube intimidated me for so long! Had I not been at home from the pandemic, and posting on TikTok, I wouldn’t have made the leap. I’ve not even been on TikTok for a full year, and have almost 2 million followers, and seeing how inspired viewers are by seeing a somewhat difficult process simplified really inspired the move to YouTube!

For me, YouTube is the only app where you can actually make a living creating, so having a steadily growing following is mind-blowing.

GD: Well, partnerships make a big difference, ha! I have so many plans, and now that I know I have eyes who want to follow along that journey, I plan on stepping up to the plate and delivering!

GD: Well, it certainly isn’t the comment section, haha!! The YouTube comment section can be brutal, but that being said, I think my favorite part is watching a new audience see what I’m capable of, and then constantly surprising them. I LOVE hearing that people are surprised with every post.

Tubefilter: You mentioned creating on TikTok, too. Do you make content on any other platforms? How does your content differ from platform to platform?

GD: I do create for my TikTok as well as my Instagram! I try to give each channel its own style of content, and some content does not cross over to other channels, but it’s hard to keep up all the time because my content takes SO LONG to create! I’m literally making a full gown for one 60-second post, ha!

GD: Education!!! I’m working closely with Patreon to launch a Gunnar page! My team and I are creating custom Gunnar Deatherage patterns that will release on my Patreon, as well as the basics of sewing videos. I will have a lot of tiers and options so people can grow with me. I think sharing knowledge is my favorite part of creating, and offering that while supporting myself is the goal!