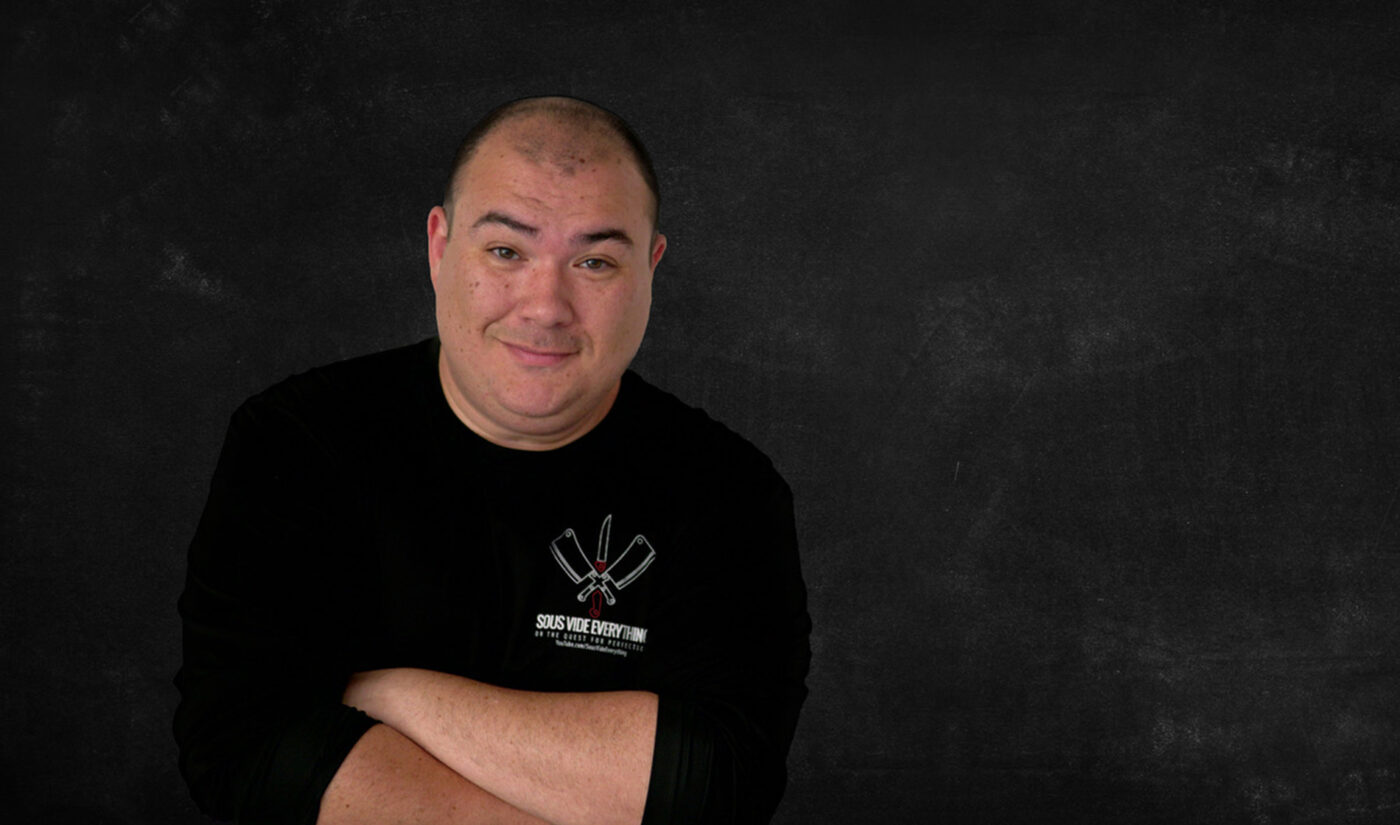 Night Media has signed foodie content creator and entrepreneur Gustavo “Guga” Tosta, who is set to launch his own food and product lines this summer.

Tosta, a noted steak enthusiast with a passion for recreating luxe dishes and DIY-ing complicated cooking techniques, has been on YouTube since 2015. He uploads at least once per week to each of his channels: his flagship Guga Foods, which has 2.4 million subscribers and nets around 15 million views per month; and Sous Vide Everything, which has 1.4 million subscribers and brings 4 million views per month.

Tosta collaborated with another of Night Media’s clients, MrBeast, to recreate his fast food brand’s menu.

At Night Media, Tosta will be managed by the company’s VP of talent management, Michael Gordon.

“Guga is an unparalleled personality in the cooking world,” Gordon tells Tubefilter. “We are incredibly excited to ramp up Guga’s ancillary business and provide him with the tool and support to become the CEO of his culinary empire.”

He adds, “Guga’s two channels show he can speak both to the mass consumer and the highest end of the food aficionado. There are very few chefs, creators or even brands that can speak to such a broad community. We couldn’t be more excited to get to represent Guga.”

Giacomo Zacchia, Night Media’s manager of strategy, says, “We think Guga will be a revolutionary frontrunner among digital chefs–what Emeril Lagasse did for TV chefs, Guga will do for the digital culinary community.”

This is not Night Media’s first foray into food: the Dallas-based management company recently helped MrBeast put together his virtual restaurant concept MrBeast Burger. That brand has sold more than one million sandwiches since launching in December.