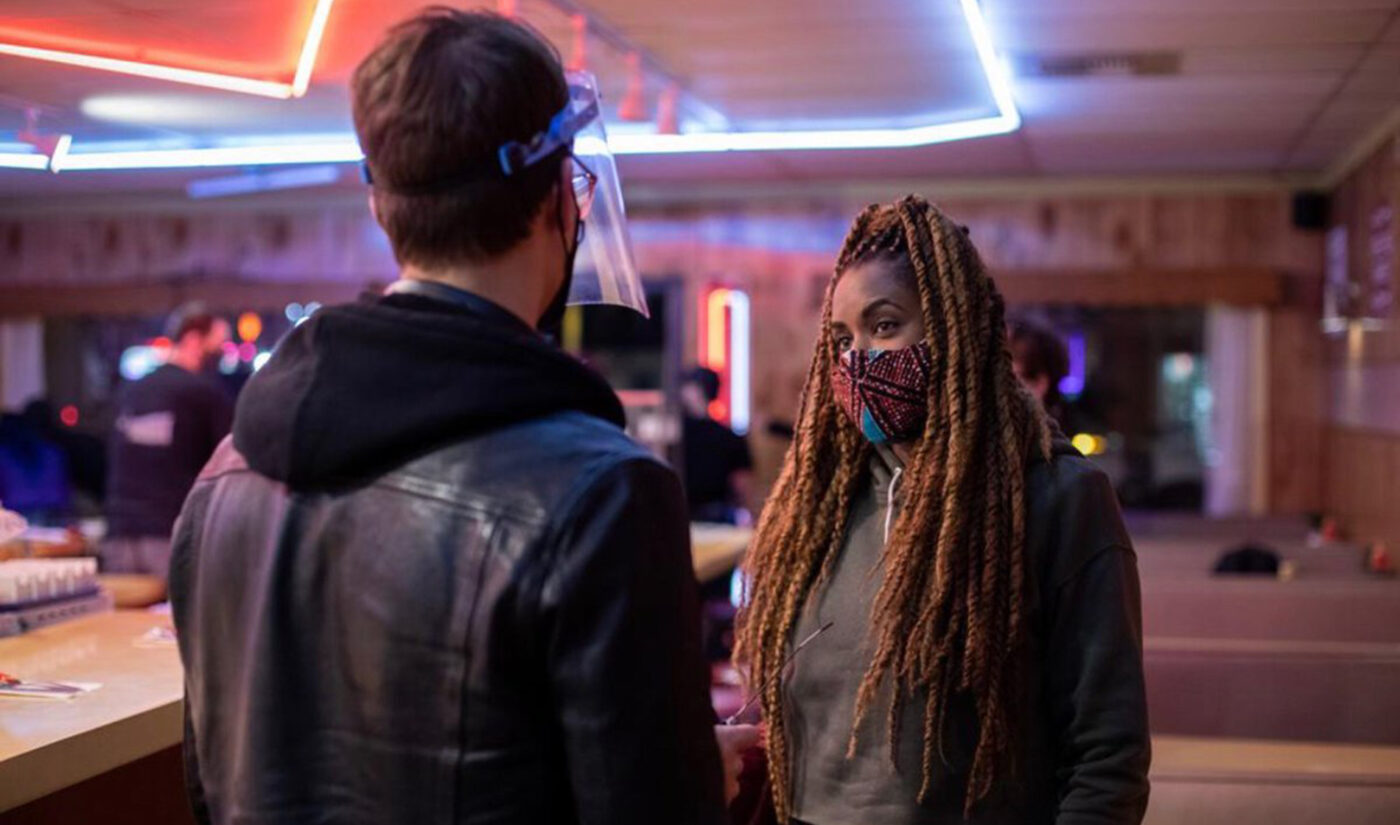 The smell of fresh coffee.

Gentle jazz drifting from the jukebox.

Welcome to Death’s Diner. In the atmospheric world of this currently-being-Kickstarted short film, time’s up for two strangers. But death–as so many stories have told us–is only the beginning.

Written by Son M., directed by Jenn Ravenna Tran (And Then), and filmed at the iconic Twede’s Cafe in North Bend, Wa., Death’s Diner follows recently deceased main characters Olivia (Lauren Du Pree) and Kierran (Tyler Roy Roberts) as they fall into conversation while eating at a mysterious diner that may or may not be run by Death himself (Yoshi Sudarso).

Unlike most of the projects we feature here on Indie Spotlight, Death’s Diner is not yet available to watch in its full, final form. Instead, it’s arriving at the tail end of fundraising on Kickstarter. Its campaign, set to end April 11, originally had a goal of $25,000. That goal funded in just 33 minutes, Tran and Son M. said in an update.

To date, Death’s Diner‘s Kickstarter has raised more than $130,000–enough that Tran and Son M. are now also planning to produce a second short piece, The Vagabond and the Sea and Stars, as proof of concept for a feature-length film.

You can see more about the Kickstarter here, check out an interview with the creative duo below, and see here and here for updates about when Death’s Diner will debut.