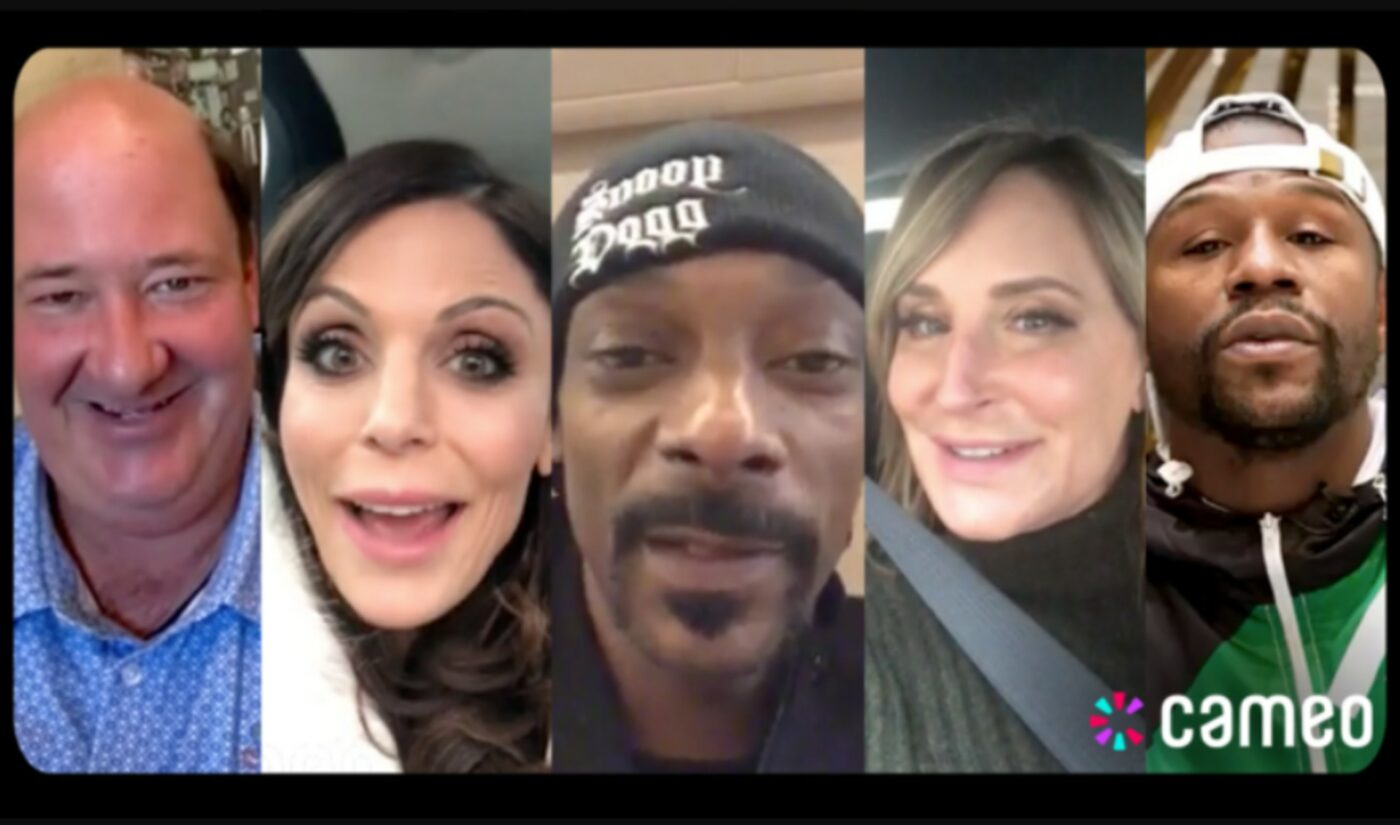 Amid a handful of new product drops, four-year-old celebrity shoutout platform Cameo has announced a $100 million Series C funding round, which brings its valuation to just over $1 billion, the company said.

Cameo also says a number of creators on its platform participated in the Series C, including skateboarder Tony Hawk (see below).

In a blog post, Cameo said funds would be allocated to improving user experience, introducing new products, reaching new customers, and entering new markets. (Cameo says that, right now, 20% of its shoutouts are purchased from outside of the U.S., and that its talent base is spread across 138 countries).

“The pandemic put extra stress on the already unstable business models supporting talent across sports and entertainment ecosystems,” Cameo CEO Steven Galanis said in a statement. “We exist in an entirely different world today — one in which talent actually want to connect more deeply with their fans, and fans expect unprecedented access to the talent they admire most.”

Cameo says that it has facilitated 2 million video shoutouts to date, 80% of which are booked as gifts for others. The company paid out $75 million to creators in 2020. This year, it also plans to roll out additional products beyond its flagship offering, including Fan Clubs (which fans can join for free to be alerted about deals and perks) and Cameo Calls (where users can purchase live video calls with their favorite celebs).

The company also said it wants to grow its C4B (Cameo For Business) offering, which provides products and white-glove service for businesses of all sizes. Cameo’s B2B business facilitates celebrity videos specifically tailored for businesses in the realms of marketing, HR and employee engagement, sales, and events.