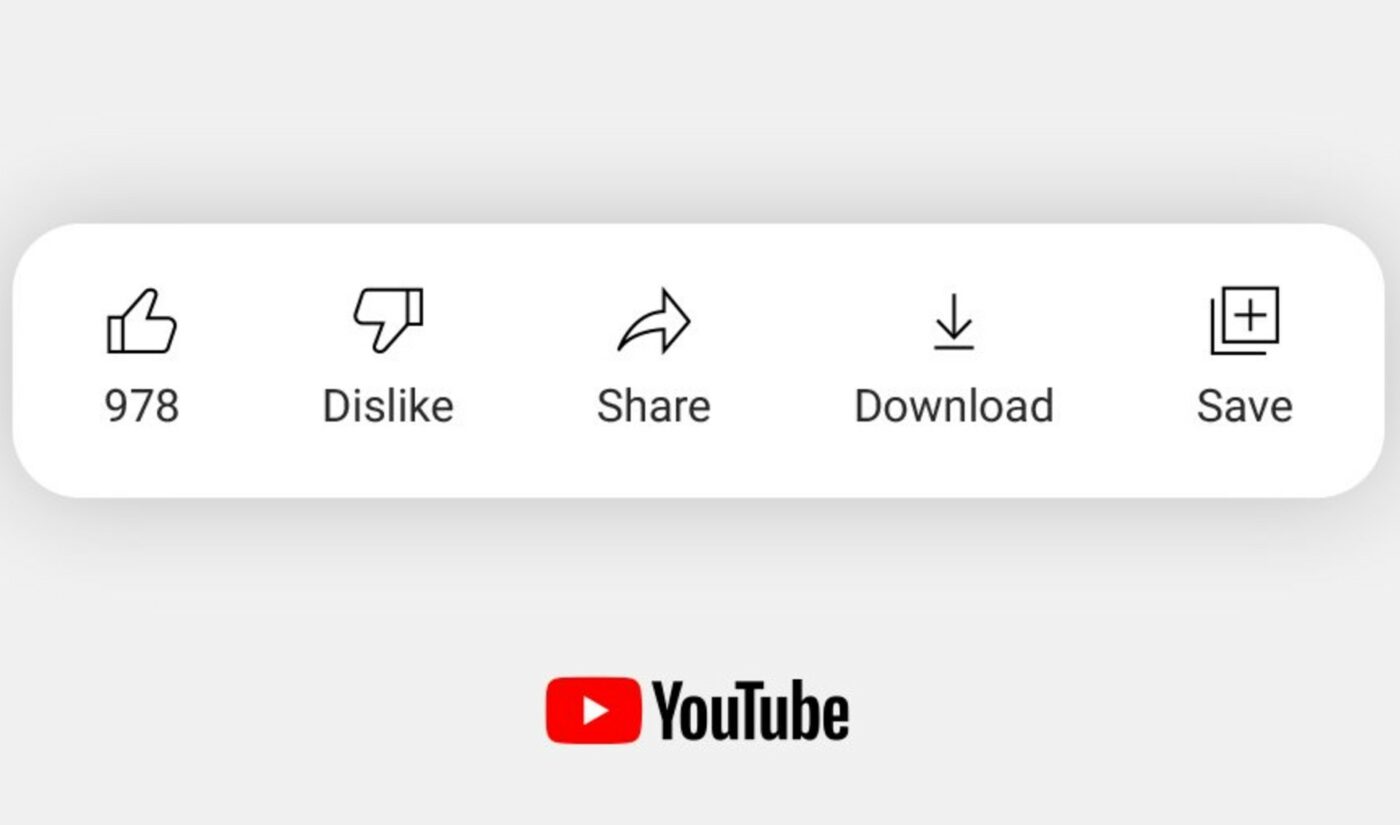 In what would mark a major change to the way in which viewers can engage with YouTube videos — if permanently implemented — the platform is testing a new display whereby video ‘dislike’ counts wouldn’t be publicly shown.

YouTube announced on Twitter that the experiment is being conducted among a small group of users, and was conceived “in response to creator feedback around well-being and targeted dislike campaigns.”

While dislikes won’t be publicly displayed for participants in the test, creators will still be able to see the exact number of likes and dislikes on their videos on the back-end in YouTube Studio. (The dislike button will also still appear below videos, just without the number of dislikes listed). Additionally, creators who are in the test will still be able to like and dislike other videos as usual, YouTube says, which serves to share feedback with creators and also helps tune future recommendations.

In a help forum post, YouTube clarified that there is no way to opt out of the experiment, though it says the move isn’t permanent, and that it is keeping a close eye on feedback.

Of course, creators already have the ability to turn off the display for both likes and dislikes, which is on by default — though this doesn’t prevent viewers from being able to like or dislike a video.

YouTube has said that it was brainstorming ways to crack down on dislike mobs as far back as 2019, including turning off the like/dislike display by default, or requiring viewers to give an explanation as to why they are down-voting a video in the form of a check-box survey.

Creators, you’ll still be able to see the exact number of likes and dislikes in YouTube Studio. For viewers, if you’re in the experiment, you can still like or dislike a video to share feedback with creators and help tune the recommendations you see on YouTube.