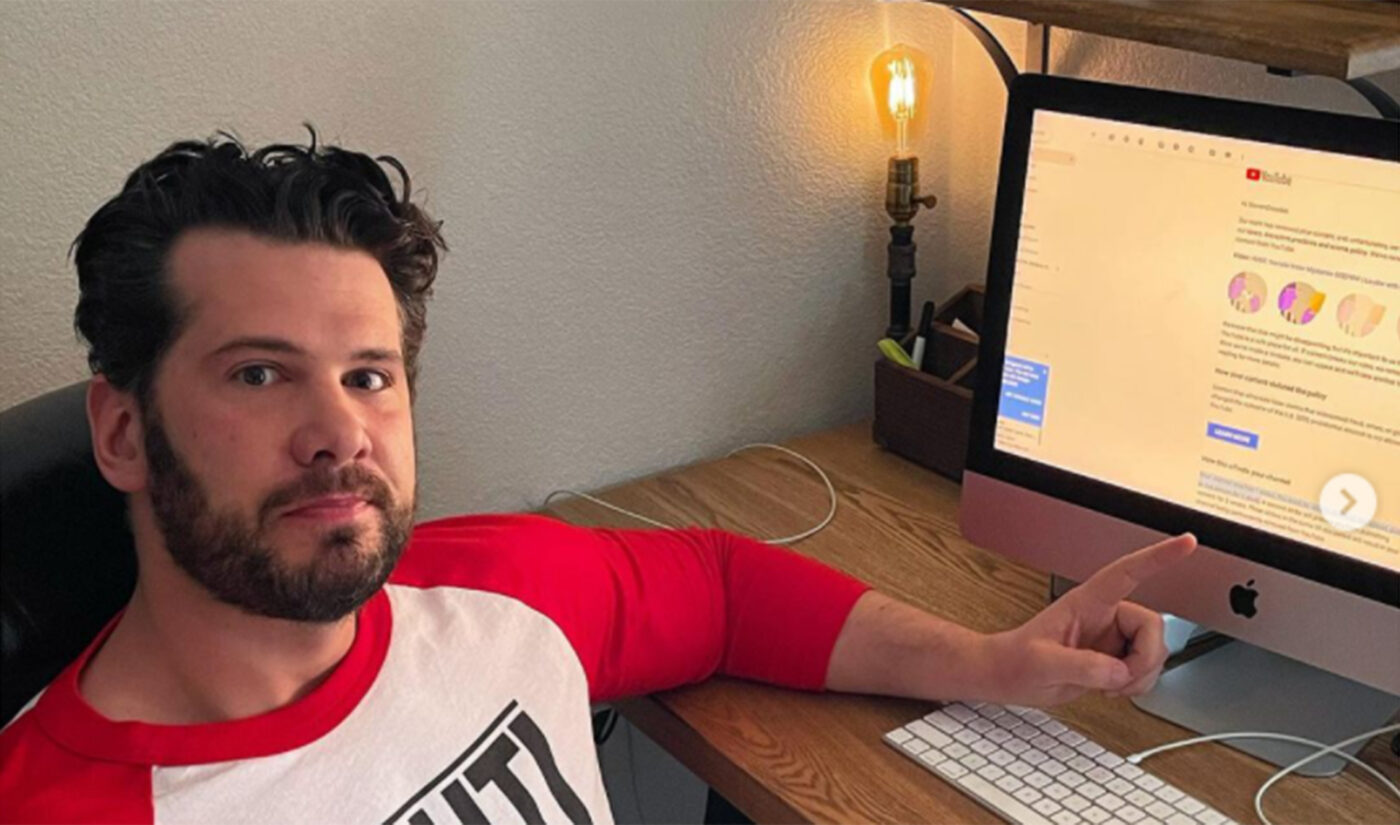 “In order to monetize on YouTube, channels must comply with the YouTube Partner Program policies, which include our Community Guidelines, Google AdSense program policies, and Advertiser-Friendly Guidelines,” a YouTube spokesperson tells Tubefilter. “Channels that repeatedly violate our policies are suspended from the partner program.”

YouTube says Crowder committed a range of violations across these policies, and the company removed two violative videos: a March 16 live stream where Crowder mocked Black farmers and his co-host, Dave Landau, joked about slavery; and an upload that crossed YouTube’s policies against spreading false claims that widespread fraud, errors, or glitches swayed the 2020 U.S. presidential election.

The platform previously told OneZero that Crowder’s March 16 video did not violate its policies against hate speech, but did violate policies against content that claims the COVID death rate is less severe than that of the common cold or flu.

“I’ve been warning about this for a long time and now it’s here,” he wrote. “Today, Google/Youtube (sic) just fired a HUGE shot across our bow. They are no longer enforcing ‘community guidelines,’ but creating entirely new ones with the express purpose of removing any and all Conservative voices of dissent.”

Crowder was originally removed from the Partner Program in June 2019 for repeated racist and homophobic harassment of former Vox journalist Carlos Maza. YouTube reinstated him into the Partner Program and brought back monetization to his channel in August 2020, saying he had “taken steps to address the behavior that led to his suspension and has demonstrated a track record of policy-compliant behavior.”