Netflix Is Warning Users To Stop Sharing Their Accounts 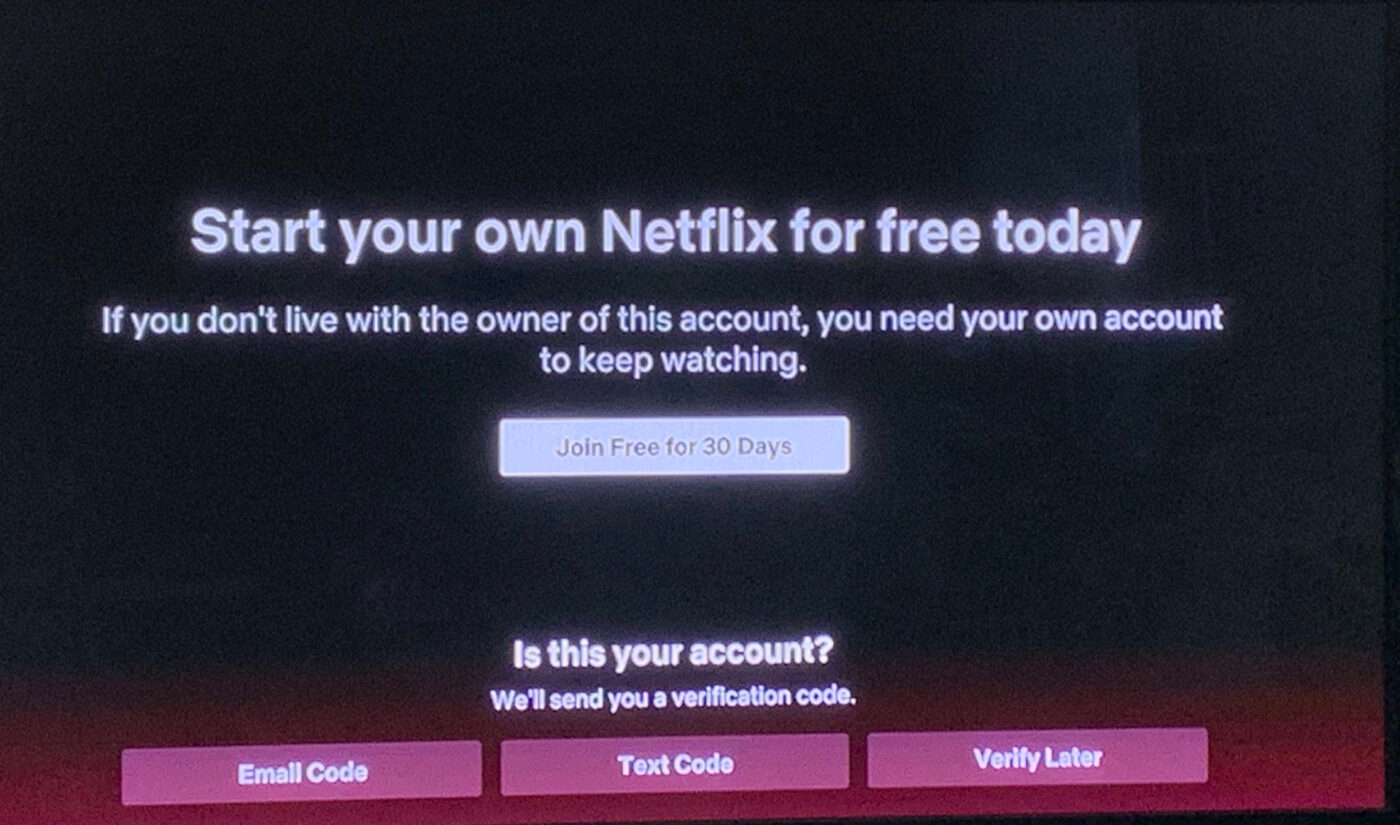 Ye who enter here be warned: Netflix is watching.

The streamer has long vexed over the amount of paying subscribers who share their account information with people outside their households.

In 2018, studies showed one-third of millennials and nearly half of Gen Z’ers shared streaming service passwords. A more recent survey by LendingTree showed that 51% of Americans with streaming accounts share them with people outside their household. 72% of those respondents specifically indicated Netflix is the service they share.

And, considering Netflix ended 2020 with 73.94 million subscribers in the U.S., that means at least 36 million people–a very conservative estimate–could be accessing its content for free. Extrapolate to Netflix’s global audience of 203 million subscribers, and it’s clear why illicit sharing is a concern.

Netflix is beginning what looks to be a long-play crackdown by sending warnings to users, asking if they’re logging in to someone else’s account.

The warnings read, “If you don’t live with the owner of this account, you need your own account to keep watching.” It then offers to email or text a verification code to the account owner’s device to prove that the logger-inner is legit.

But, at least for now, the prompt also offers a “verify later” option–and, of course, it’s possible that account owners could help sharers pass the verification by just giving them the code.

A Netflix representative told Variety that the popups are a “limited test.”

“This test is designed to help ensure that people using Netflix accounts are authorized to do so,” they said.

As Variety reports, we don’t know if something about account usage triggers the warnings, or if the popups are distributed randomly. The test is currently running in some countries on TV sets only.