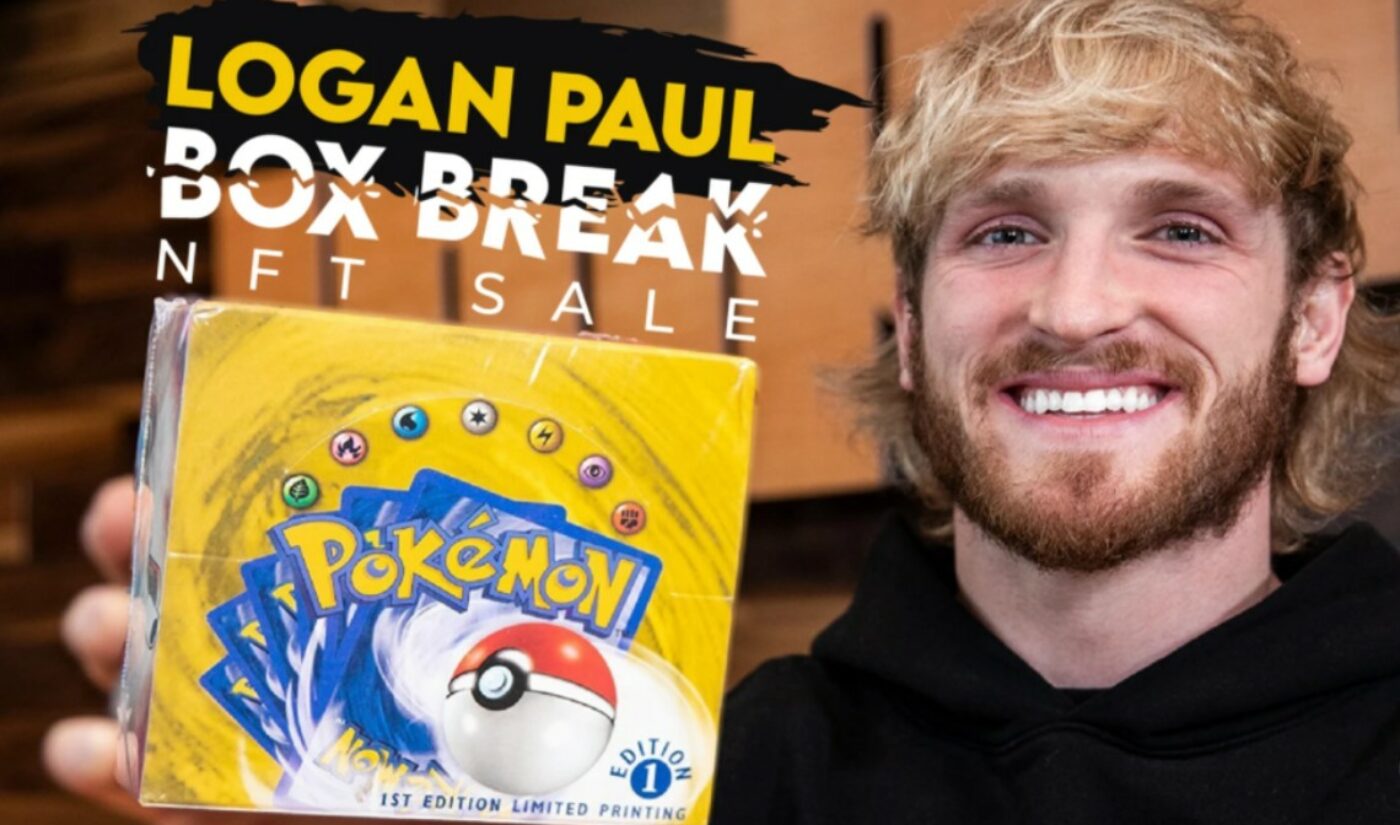 As he continues to cultivate his passion for Pokemon card collecting, YouTube star Logan Paul hosted a highly-anticipated event on his channel over the weekend, unboxing 36 uber-rare, first-edition card packs that he’d previously sold at auction.

The stream was co-hosted by Ken Goldin, founder of Goldin Auctions — an online collectibles marketplace that handled the card auction, and in which Paul recently became an investor. During the event, the duo unboxed a total of 12 highly-valued holographic cards that are worth $2 million, Goldin Auctions says.

Notably, Paul unboxed two holographic Charizard cards on Saturday — which is considered the gold standard in the Pokemon card collecting realm. Goldin says that each of the Charizards could sell for over $500,000 apiece, given that a first-edition Charizard is currently up for auction on its platform for over $325,000. (The fact that Paul unboxed both Charizards live on a highly-touted stream only adds to their value).

Paul hosted the event in honor of Pokemon’s 25th anniversary, and it marked his second such stream to date, following an event in October during which he unboxed $200,000 worth of rare cards, and raised $130,000 for charity.

Future unboxings are also inevitable, as Paul revealed earlier this month that he’d spent a staggering $2 million on six unopened first-edition Pokemon card boxes, each of which contains 36 packs. He auctioned off the first of the six boxes this weekend, with bids for each of the 36 packs contained within the box starting at $10,000. Each pack ultimately sold for an average of $39,206, according to Hypebeast, for a total of $1.4 million in sales. (Paul paid roughly $333,333 for each box, meaning he turned a substantial profit).

You can check out the replay of the stream, which has amassed 3 million views, right here:

With this weekend’s unboxing, Paul also continued his foray into the world of non-fungible tokens, or NFTs, which are digital assets that can function as collectibles, like trading cards. NFTs can come in myriad forms but are most popularly vended as digital art, including images, audio, and video.

Last week, Paul sold $5 million worth of NFTs with his inaugural launch in the space. And he has now followed that up with two subsequent NFT sales surrounding the box break.

First, Paul sold a limited number of digital Pokemon card images bedecked with his own likeness in three different colors: silver ($370 each, with a total of 777 having been minted), gold ($1,500, with 111 minted), and matte black ($17,000, with only three minted). Paul once again partnered with Bondly on the sale — a peer-to-peer exchange that enables trading across ‍any chain, and through any medium. All of the NFTs sold out, for a total of $504,990 in sales.

to celebrate, we’ve turned our Holographic pulls into NFT highlights that you can own. only 3 of each, avail for 24 hrs.

as i continue to break open boxes, i imagine these highlights will 📈

And finally, Paul turned all of the holographic card pulls from the YouTube stream into highlight videos that were available for purchase as NFTs (see above) A total of 12 different card pull videos were made available, with three of each of the videos being minted for purchase. These NFT purchases also came complete with a signed Pokemon card, membership to Paul’s Maverick club for one month, and first buyers’ rights to future NFTs that Paul plans to release surrounding his upcoming boxing match.