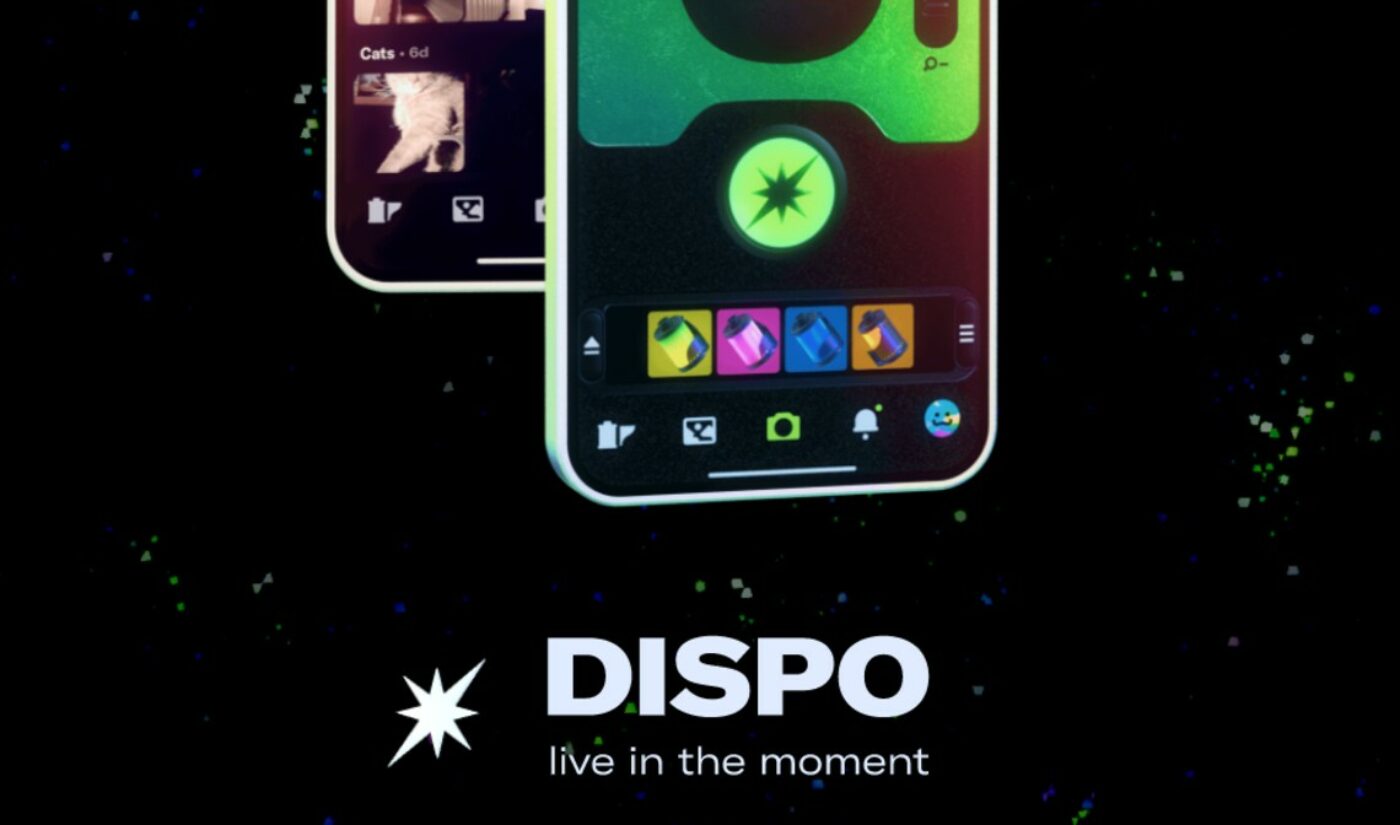 The app has reportedly raised a $20 million Series A funding round led by Spark Capital at a $200 million valuation, Axios reports. Dispo has yet to confirm the funding round.

Last week, The Information reported rumblings the Series A, noting that Dispo was in talks with Sequoia Capital, Andreessen Horowitz, Benchmark, and others in a round that could value the startup at $100 million or more. (It remains to be seen who else participated in the reported Series A beyond Spark Capital). Dispo already raised $4 million in a seed round in October that was led by Reddit co-founder Alexis Ohanian through his nascent Seven Seven Six venture capital firm.

Dispo was born as an Instagram account and subsequently became a camera app that sought to mimic the experience of taking photos on a disposable camera. Now, the Dispo team is building a social network whose aim is to restore authenticity to the space. Users are able to capture photographs directly on the app — without the use of any editing tools or filters, save for a back-facing camera flash — but must wait 24 hours for them to appear in feeds.

Dispo, which was founded by Dobrik, longtime friend and business associate Natalie Mariduena, and CEO Daniel Liss, launched a 10,000-person, invite-only beta test earlier this month, and is teasing that a second iteration — as well as an Android version of the app — are en route. The company also recently onboarded two key hires: Byte founding designer Michael Shillingburg, who will head up visuals for the app, and former Raya executive TJ Taylor, who has been appointed VP of community.