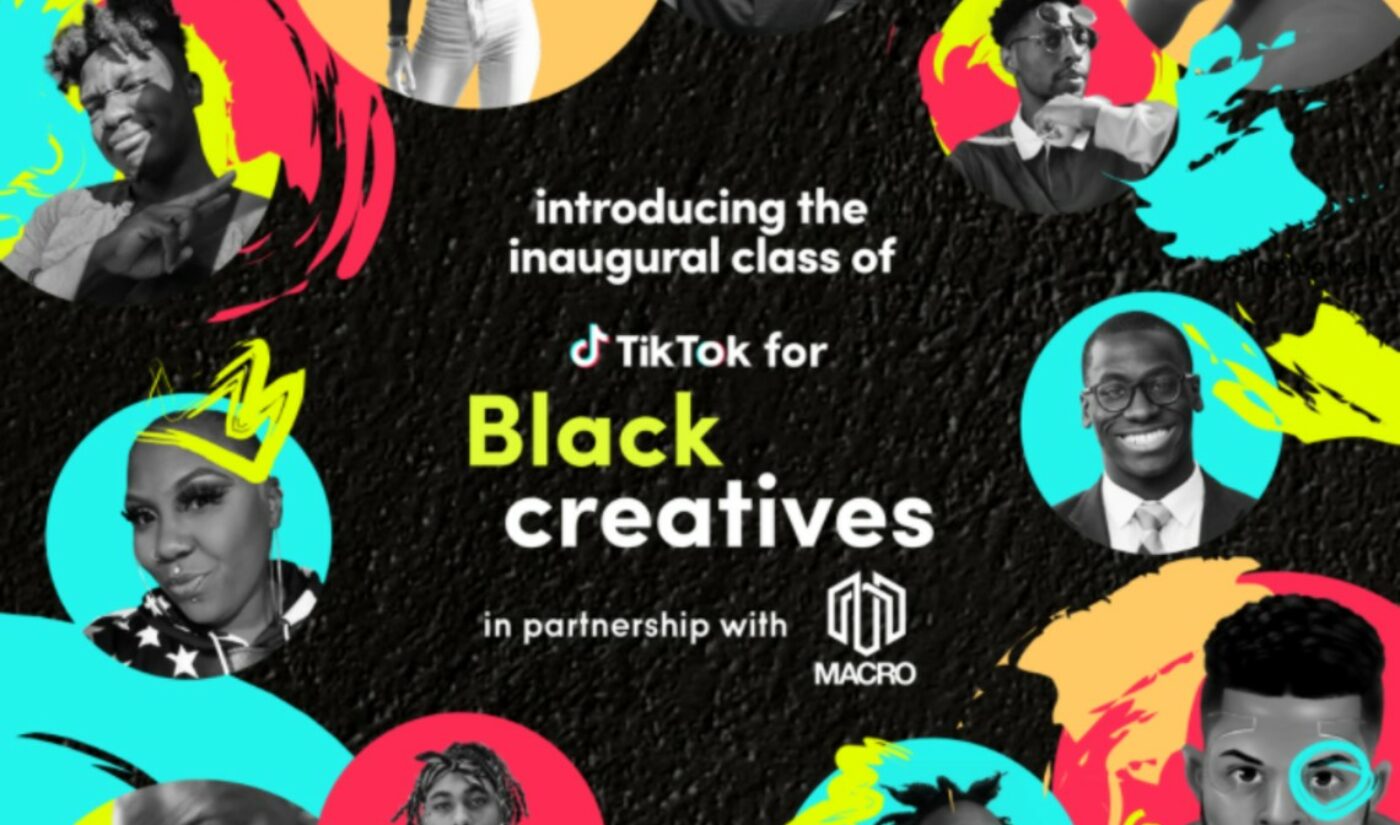 TikTok has unveiled the inaugural class for its new incubator program dubbed TikTok For Black Creatives, which was announced in January to amplify the voices of Black creators and musicians across the platform.

The three-month initiative will see a total of 100 creators participating in motivational town halls with Black entrepreneurs and celebrities, and will also comprise community-building forums and educational events with TikTok executives.

TikTok has also partnered on the venture with multiplatform media company MACRO, whose aim is to capture the voice and perspectives of people of color, having released seven feature films (Fences, Mudbound) and two TV shows to date, garnering nine Oscar noms and one win along the way. MACRO will help TikTok select certain participants in the incubator for grants, with funds being allocated for educational resources, production equipment, and other content development tools.

The application process ran from Jan. 13 to 27, during which time thousands of applications were fielded, TikTok says. In order to be eligible, creators had to be over 18, based in the U.S., and count a minimum of 10,000 followers. The inaugural class was unveiled yesterday, with participants ranging across a wide variety of content categories, including art and entertainment, music, food, education, beauty and fashion, and sports and fitness.

The program officially bowed yesterday with a keynote by actress and entrepreneur Gabrielle Union and a subsequent daylong session titled Manifestation — Envision Your Future, which covered vision and intention-setting, creating goals, and knowing your worth. Future speakers and mentors will include MACRO founders Charles and Stacey King, radio host Charlamagne Tha God, and more.