The Dolan Twins, With 11 Million Subscribers, Resign From YouTube To Pursue Other Ventures 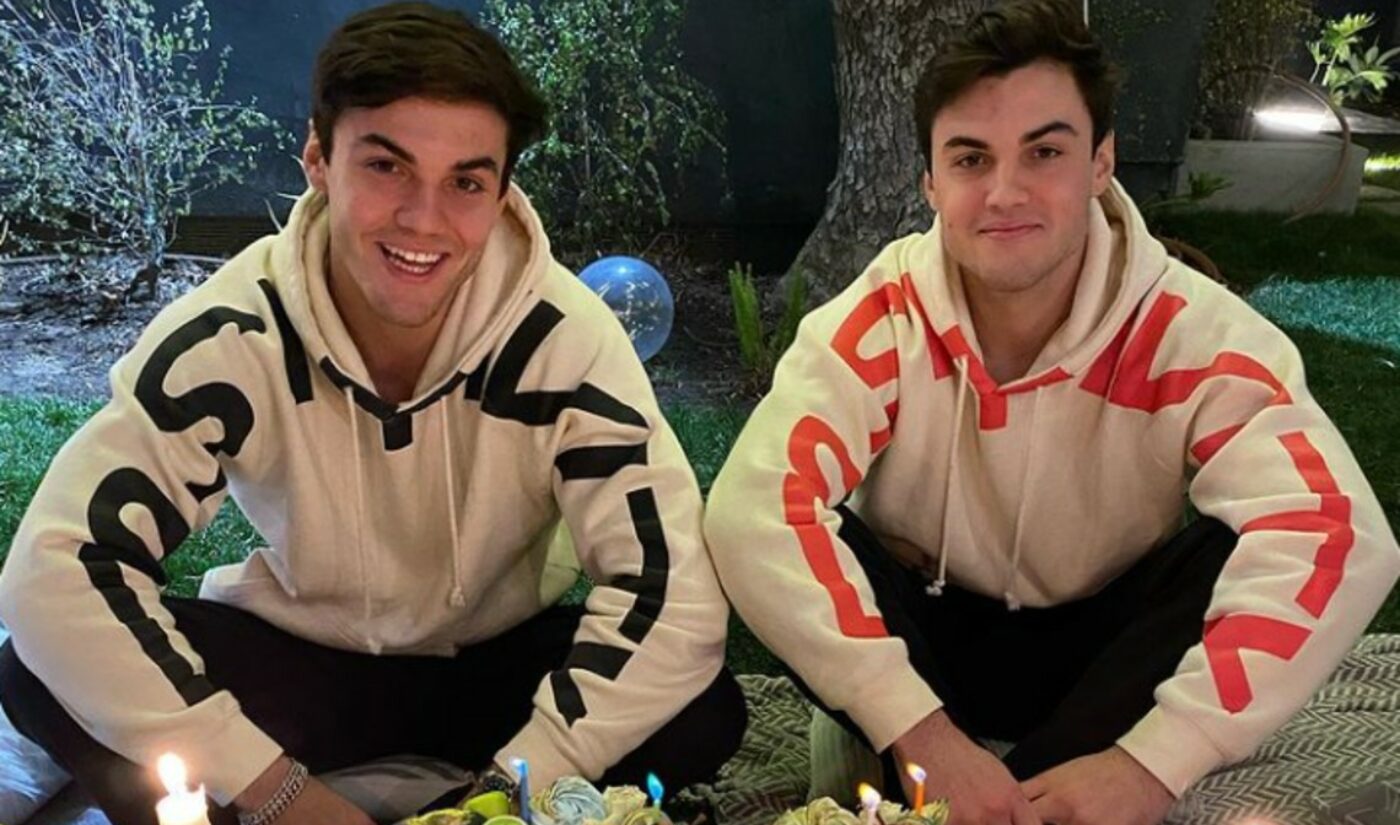 In the latest episode of their Deeper With The Dolan Twins podcast, Ethan and Grayson Dolan announced that they are moving on from their flagship YouTube channel, which counts 10.7 million subscribers.

The identical twins, 21, launched the venture roughly seven years ago, but are now throwing in the towel, stating that the platform has started to feel somewhat stale and limiting, and that they are no longer interested in appeasing the YouTube algorithm. The guys have announced brief hiatuses in the past due to waning creative inspiration.

“We are not moving on from YouTube because we have a lack of appreciation for you guys. Your support over the past seven years of our lives — I can’t even explain the level of appreciation I have for you,” Grayson said. Nevertheless, while it was the aim of their channel to spread positivity, he notes fans have sensed that they weren’t necessarily feeling positive in recent months, and that their hearts weren’t in their work.

Ethan shared that the guys still plan to produce new podcast episodes every week — which live on a separate YouTube channel (161,000 subscribers) — while they hope to move onto bigger, better, and more challenging forms of digital video production. In the past, for instance, the Dolans have directed music videos (for the Australian band Cub Sport’s song “Hawaiian Party“) and a feature-length documentary (Losing A Best Friend, about the loss of their father, Sean, to cancer). They haven’t specified as of yet what the new projects will entail.

In addition to their media ventures, the brothers own a scent brand called Wakeheart, which vends both personal fragrances and candles.

You can check out the twins’ hourlong meditation on why they’ve opted to step away from YouTube below: