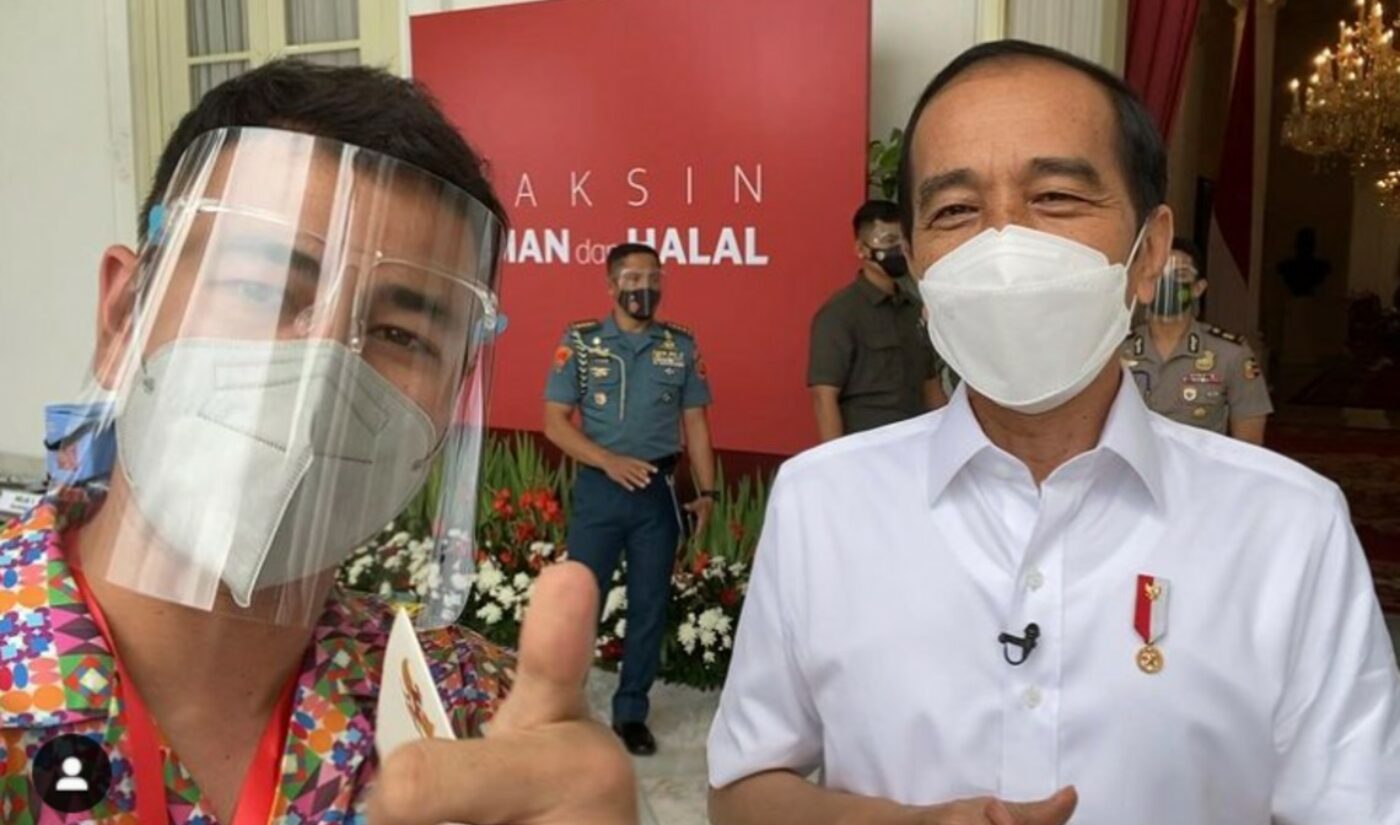 In order to combat reluctance surrounding the COVID-19 vaccine rollout in Indonesia, the government has reportedly made social influencers a priority class in terms of receiving their shots.

Indonesia, which is the world’s fourth most populous country and the hardest hit by coronavirus in Southeast Asia, Reuters reports, tapped the influencer and TV personality Raffi Ahmad to receive his vaccine at the Merdeka Palace (one of six presidential palaces in Jakarta) alongside president Joko Widodo — who is no stranger to social media himself as the proprietor of his very own YouTube channel.

One of the country’s senior health ministers, Siti Nadia Tarmizi, tells Reuters that the government opted to include influencers in the first round of incoluations alongside the country’s 1.5 million healthcare workers as a communications strategy, to convince hesitant citizens to get their shots.

Ahmad, 33, chronicled his vaccination experience on his Instagram account (pictured above with Widodo), where he counts a staggering 49 million followers. Indonesia’s health ministry has not specified how many influencers are involved in the rollout initiative, per Reuters, though others who are slated to receive shots today are Nazril ‘Ariel’ Irham (3 million Instagram followers) of the Indonesian pop/rock band Noah, and singer-songwriter Risa Saraswati (1.8 million followers).

Reuters notes that Indonesia is the largest Muslim-majority nation in the world, and there have been concerns about whether the vaccine is allowed under Islamic law — though the company’s top Islamic council recently ruled that it is halal.

That said, in an incident that illuminates both the power and detriment of working with influencers — who are typically beloved for their relatability, warts and all — photos surfaced of Raffi partying with a group of friends shortly after he received the vaccine. While he has since offered a public apology on IGTV, Reuters reports that police are investigating the incident, and whether he broke the law.