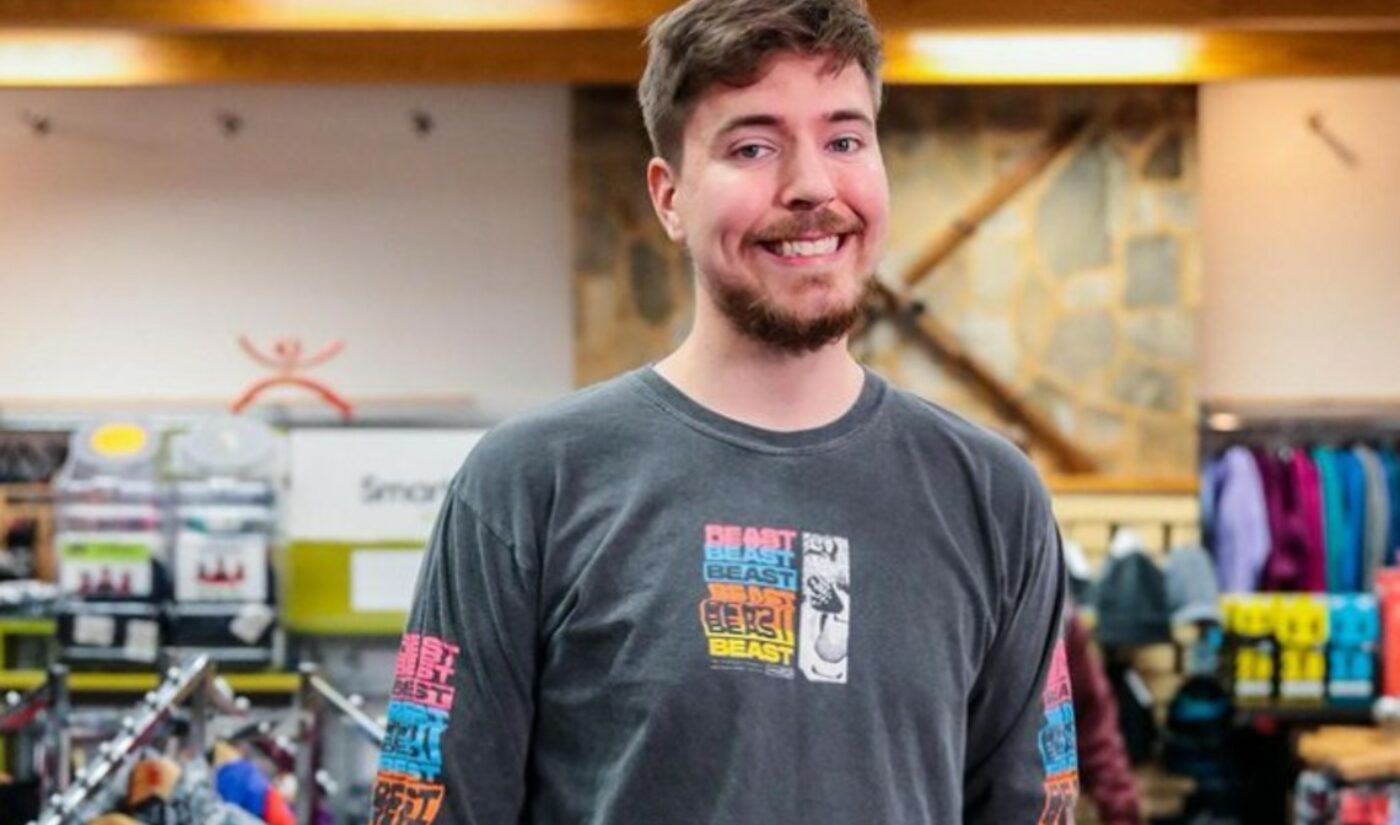 Jimmy Donaldson, the uber-imaginative and altruistic YouTube star known to his fans as MrBeast, has crossed a massive career milestone: 50 million subscribers.

Donaldson, 22, officially achieved the feat on Jan. 3. As of now, he stands as the 15th most-subscribed channel on all of YouTube — existing in somewhat rarefied air, given that most of the top-subscribed channels belong to media conglomerates (T-Series, the WWE), musicians (Justin Bieber, Blackpink), and children’s channels (Cocomelon, Kids Diana Show).

In the past, YouTube has handed out custom awards to creators who cross 50 million subscribers (only 16 channels currently fit this bill). In 2016, for instance, PewDiePie received a ruby-hued award in the shape of a ‘Bro Fist’. We’ve reached out to YouTube to see if the practice is still in place, and, if so, when Donaldson might expect his award. In the meantime, a friend appears to have created a makeshift trophy featuring Donaldson’s channel logo in glass: a blue wild cat with a pink lightening bolt across the side of its face.

Donaldson has been posting YouTube videos since the age of 12, but began garnering serious steam in 2017. He’s had a particularly massive end-of-year, most recently launching his very own MrBeast Burger restaurant chain out of hundreds of ghost kitchens nationwide. And last week, Donaldson published his own highly-viewed version of YouTube Rewind, after the platform chose to sit this year out.

Despite the success of his flagship YouTube channel, however Donaldson says he’s running the venture at a financial loss — given the expenses incurred from recent off-the-wall stunts like I Bought Everything In 5 Stores and I Gave People $1,000,000 But Only 1 Minute To Spend It.

“Almost all my recent videos lost me a ridiculous amount of money,” Donaldson tweeted over the weekend. “That’s why I started the gaming channel so I can use the extra money to run the main at a loss and just focus on making the best videos possible. My end goal is to have Beast Shorts, Beast Reacts, and Beast Gaming all funneling money into the main so I can film videos that are so stupidly expensive they don’t make sense. Then leverage that attention to open a couple hundred food pantries/homeless shelters.”