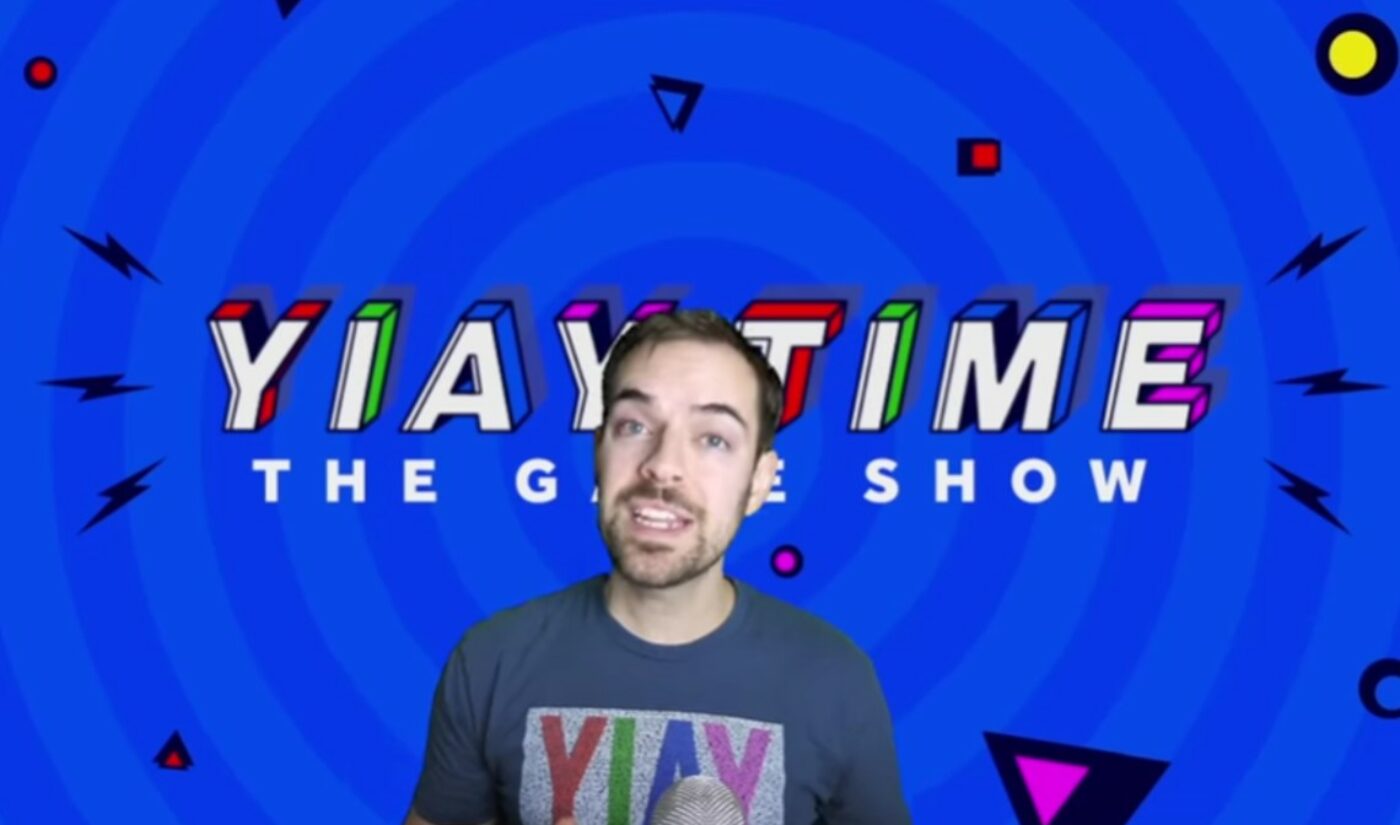 Veteran creator Jack Douglass is introducing today a YouTube Original pilot called YIAY Time: The Game Show. YIAY stands for Yesterday I Asked You — a six-year-old series on Douglass’ JacksFilms channel, in which he asks viewers a quirky question (What movie deserves a sequel? What is your best pickup line? What will be the big fad in 2021?) and then reads his favorite answers in a subsequent video.

YIAY Time: The Game Show is live and interactive, thanks to the participation of a virtual audience. The series will pit Douglass against friends, fans, and fellow creators in a battle of the wits — with audiences voting on the winning or losing answers to random questions based on their creativity and wit.

“YIAY Time feels more like a hectic, live game show than any other format I’ve tried.” Douglass, who has iterated the YIAY concept across many different mediums, said in a statement. “It’s incredibly competitive (I really hate losing!), it’s unpredictable, and the elimination factor really raises the stakes. Oh, and the answers are funny.”

A total of six episodes will roll out on Tuesdays and Thursdays in January — and, if successful, the show could be picked up for a longer run, Douglass says. Each episode features a different theme, including: drawing (featuring AsapSCIENCE, Jaiden Animations, and Tim Chantarangsu), technology (featuring a trio of Douglass’ superfans), movies (featuring Jon Cozart, Comment Etiquette, and Mayhem Miller), love and relationships (Abelina Sabrina, Poudii, and Jonica ‘Blu’ Booth), and the new year.

The series was produced by Toronto-based Stage Ten, which specializes in live and interactive content and has worked on Cardi B‘s “WAP” music video as well as John Krasinkski’s Some Good News Prom. Stage Ten offers, for instance, a virtual backstage area to allow a director to give cues to onscreen talent, the integration of multiple video feeds, drag-and-drop graphics, real-time voting and audience comment-pulling, and more.

Douglass has previously taken the YIAY format to different mediums, including an early live iteration of the game on Twitch in 2018, two live stage shows in Los Angeles, and most recently a Kickstartered board game that Douglass and friends tried out in a charity stream last year. On JacksFilms, Douglass counts 4.7 million subscribers and 10 million monthly views.