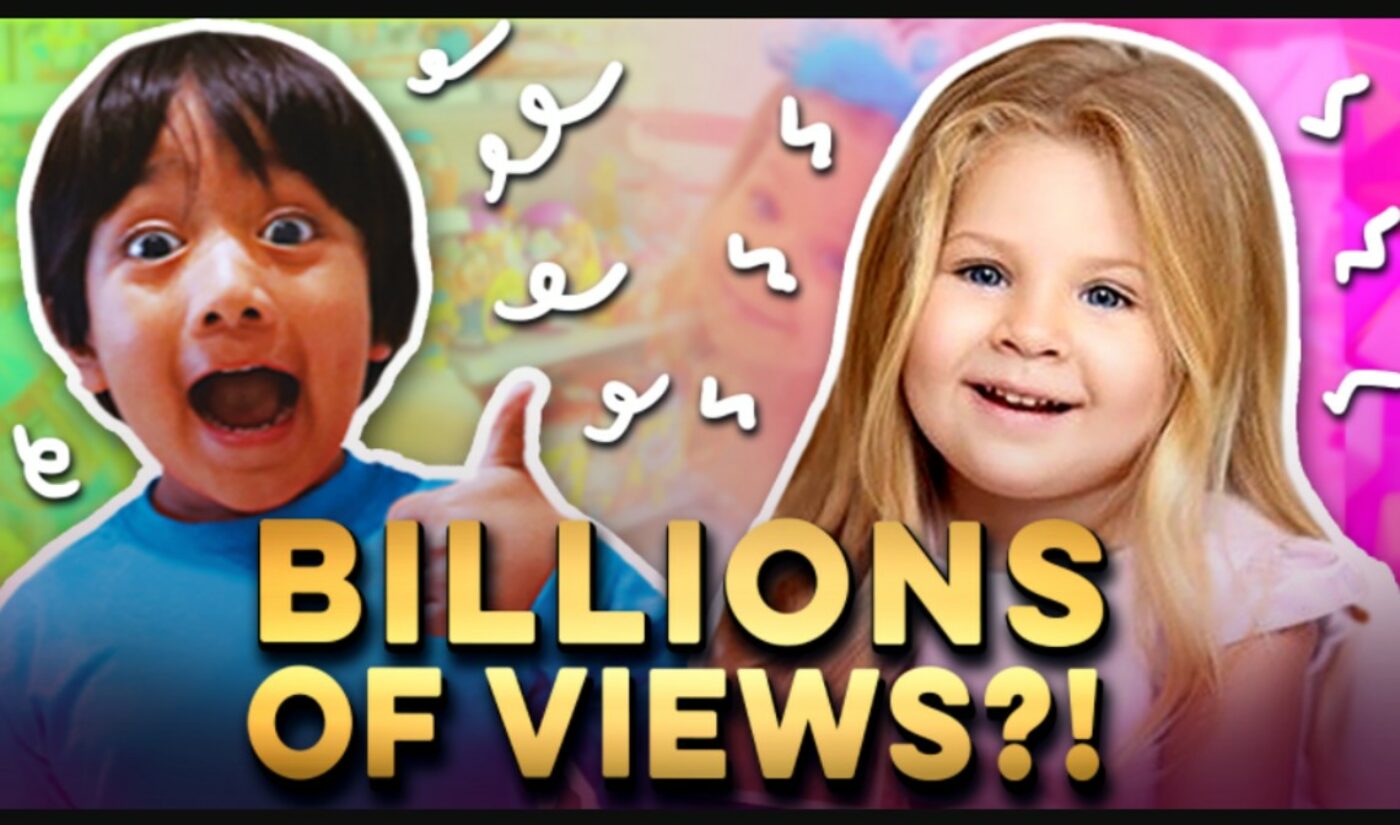 Chris Williams, a former Disney and Maker executive who would later become the co-founder and CEO of next-gen kids’ entertainment goliath Pocket.watch, had a bigger vision one day as he saw kids’ content garnering massive pickup on YouTube.

And given that kids’ content marks the single biggest vertical on YouTube today, Williams was able to put his theory to the test in 2015, when he first linked up with nine-year-old Ryan Kaji, who would become the face of the Ryan’s World empire.

Ryan’s consumer products business, in particular, has emerged as an astounding force, Williams says. Since the launch of his first product in 2018, the Ryan’s World brand is on track to clock a half a billion dollars in retail sales by year’s end. Today, Ryan’s World vends roughly 10,000 licensed products from 105 manufacturers in 30 countries that are available in 125,000 total storefronts, including big-box retailers like Target and Walmart. His latest venture is a virtual world within Roblox.

That said, despite the sykscraping financial opportunities in the digital kids’ content space, it’s one that’s also been plagued with countless controversies. This includes 2017’s infamous ‘Elsagate‘, the discovery of a wormhole of fetishizing comments on kid-centric videos in 2019, and YouTube’s $170 million settlement with the FTC for its violation of COPPA regulations. As part of that settlement, YouTube also instituted sweeping changes to the way it served ads on children’s content, resulting in a 60% to 90% drop in revenues for these creators overnight.

But, Williams maintains that in spite of these issues, kids’ channels on YouTube are also serving as forces for good. “I can’t tell you how many emails and stories we get about the impact that these real kids on YouTube [are having to] help other kids push through obstacles in their own lives — and they model good behavior that viewers are then embracing.”

You can check out more from Williams in our latest episode of Creator News right here and embedded above.

Creator News is made possible by and produced in partnership with Patreon — the platform that helps you generate recurring income from your creative work by offering exclusive content and community to your fans. They’ve been amazing partners and we couldn’t do this without them. Go to Patreon.com/CreatorNews to learn more and launch your own Patreon today.