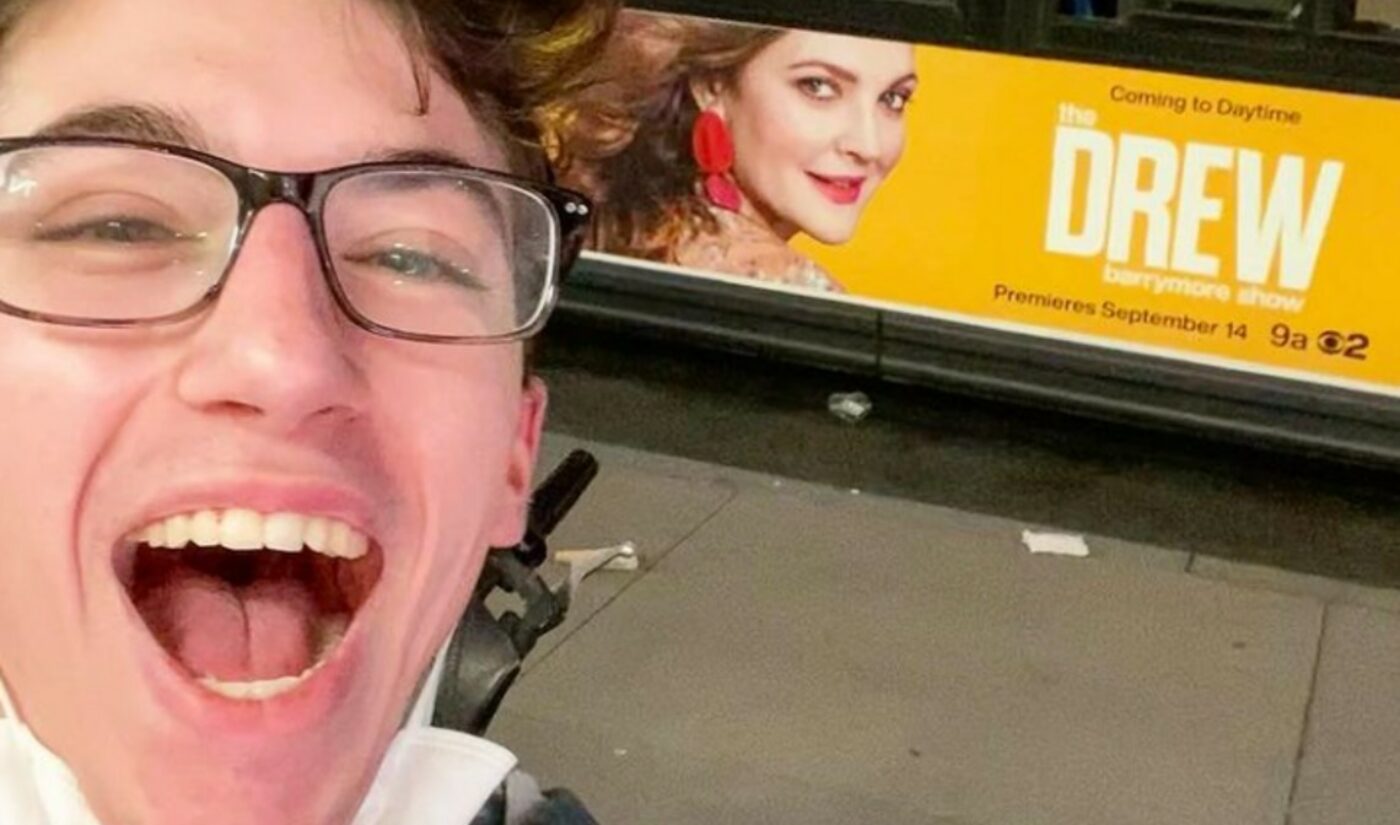 Drew Barrymore is looking to TikTok for a hefty serving of culinary expertise.

Barrymore has tapped 18-year-old TikTok star Eitan Bernath to join her eponymous talk show as its principal culinary contributor, Variety reports. In this capacity, Bernath will be making recurring appearances, teaching original recipes, and sharing his expertise on food-related topics.

Bernath, who counts 1.4 million TikTok followers, appeared on The Food Network at an early age, competing on both Chopped and Guy’s Grocery Games when he was 11 and 14, respectively. He counts 3.2 million followers across all social platforms, including 521,000 followers on Instagram and 86,000 YouTube subscribers. In May, Bernath signed with WME. At the time, he had an IGTV series and debut cookbook in the works. Bernath also publishes a weekly newsletter and operates his own Eitan Productions company.

The Drew Barrymore Show launched in September on CBS. And Bernath isn’t the first social media star to have been featured; last month, Barrymore welcomed David Dobrik for an interview and a prank.

Bernath first appeared on The Drew Barrymore Show in October for a segment on weird foods. You can check out his most recent appearance, a cinnamon bun cake recipe, right here: