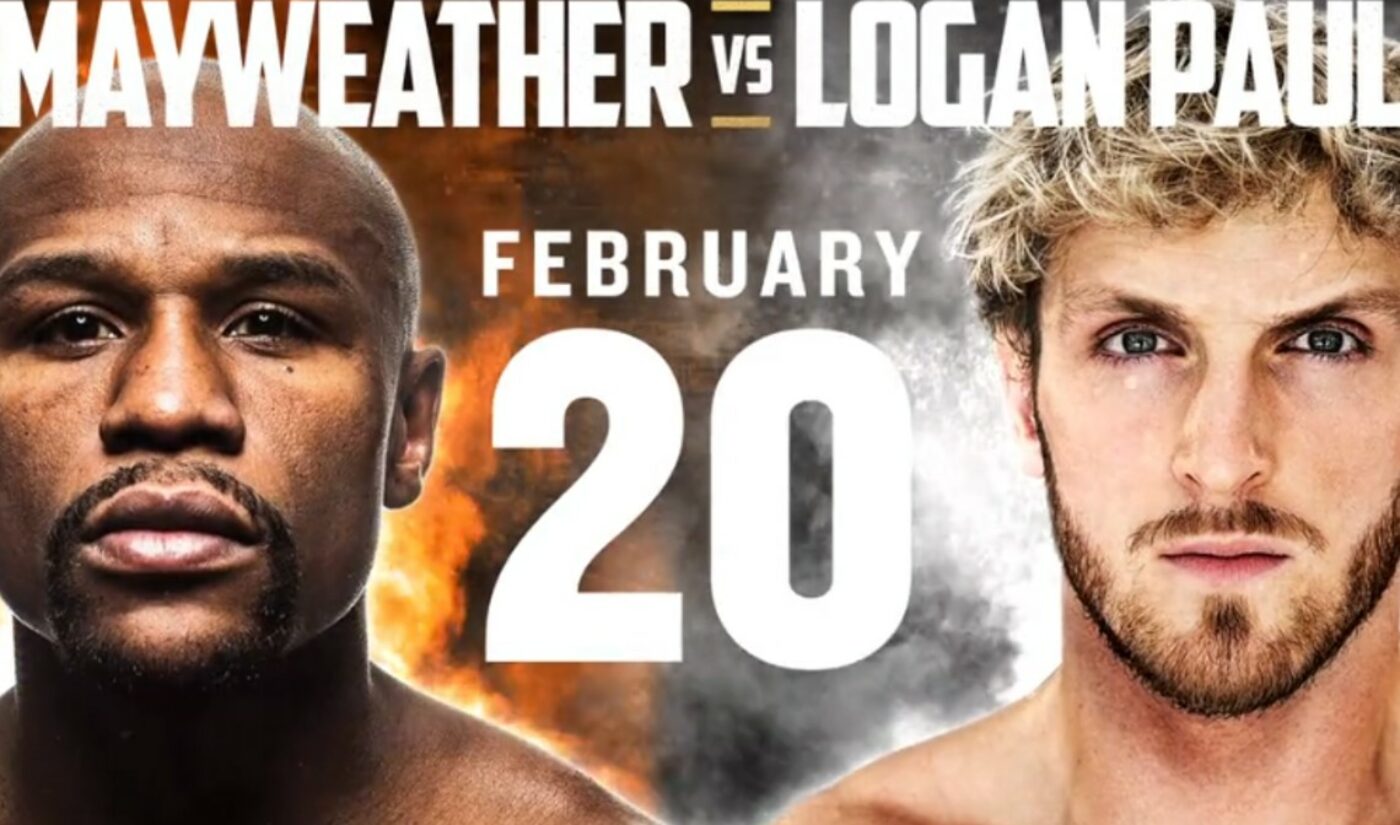 After word emerged that a contest could be afoot in November, and in a signal that YouTube‘s Paul brothers have reached new levels of legitimacy within the boxing industry, Logan Paul will officially face off against retired champion Floyd Mayweather on Feb. 20.

The fight — an exhibition match, meaning it won’t count toward either fighter’s professional record — will air as a pay-per view event on Fanmio, which hosts both online meet-and-greets with celebrities, as well as other events. General admission starts at $25. That said, prices will increase as the fight draws closer, ramping up to $40 after the first 1 million spots are sold, $60 beginning Dec. 29, and then $70 beginning Feb. 11. Right now, fans can also buy a ticket with a limited-edition shirt for $55.

This will be Paul’s third bout in the ring after two previous fights against fellow YouTuber Olajide ‘KSI’ Olatunji. The first fight ended in a draw, while the second saw Paul defeated amid a split-decision. Mayweather, for his part, is undefeated with a 50-0 record. He retired in 2015, but made a one-fight comeback in 2017 against Irish MMA fighter and boxer Conor McGregor — and fought in an exhibition match on New Year’s Eve in 2018.

Rumors of a bout first kicked up in November, with Mayweather responding to Paul’s taunts on Twitter. “These YouTube girls better find some Barbie dolls to play with cause I’m not the one for the kid games,” he wrote. “Three years ago a fighter from the UFC said my name and I had to put a muzzle on that bitch. Logan can get the same treatment.”

News of the fight also arrives after Jake Paul — Logan’s little brother — knocked out former NBA player Nate Robinson last month on a Mike Tyson undercard. Paul has hinted that he next wants to face off against McGregor. Dexerto reports that Paul’s most recent PPV event reached over 1 million buys in the U.S., with Paul saying that he walked away from the spectacle with eight figures. While it’s unclear how much Mayweather and Logan Paul are set to earn, it’s undoubtedly bound to be a staggering figure, given that Mayweather reportedly took home $300 million for his final fight with McGregor in 2017.