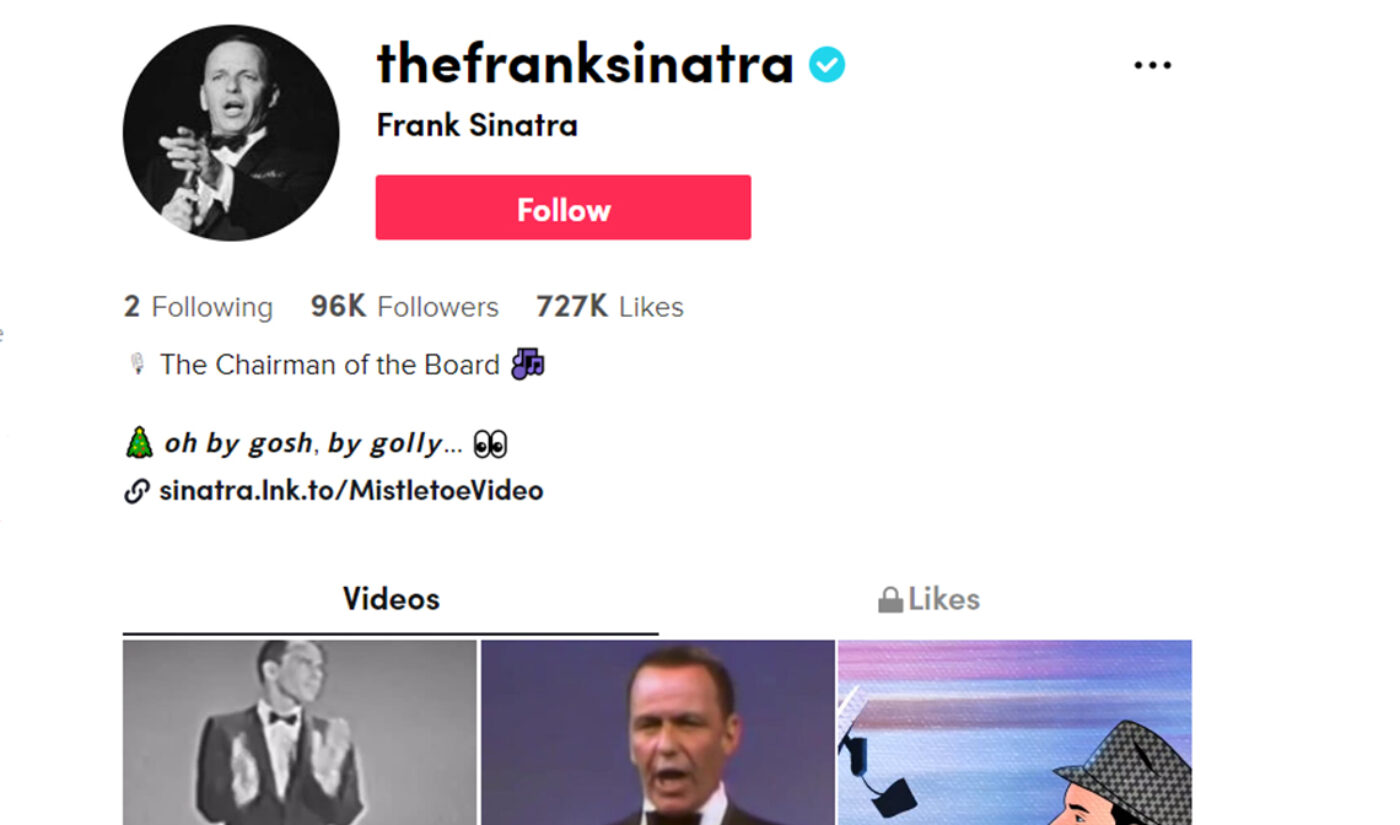 Frank Sinatra. Prince. Whitney Houston. George Michael. John Lennon. These celebrated music icons are no longer with us—except on TikTok, where their estates and record labels have recently launched official accounts stocked with their music.

As the Washington Post’s TikTok producer Dave Jorgenson pointed out this morning, Frank Sinatra joined TikTok in October. Sinatra, who’s widely considered one of the most popular musicians of all time, was a self-dubbed “saloon singer”; he began his career in 1935 and sold tens of millions of albums before his death in 1998. Now, his vast collection of songs–including hits like “Luck be a Lady,” “Fly Me to the Moon,” and “New York, New York”–is managed by his label, Capitol Records.

And Capitol is using his new TikTok account to share them. Which is a big deal, because sharing audio content on TikTok isn’t like sharing on YouTube or Facebook. On TikTok, original sound clips uploaded by users are added to TikTok’s library for use by other creators. By sharing Sinatra’s tracks to TikTok, Capitol is giving the rest of the platform’s user base the opportunity to include them in videos.

Capitol Records is far from the only label to do this (Prince’s estate actually signed a deal with TikTok in June to launch an account and license his music for use in videos), but it is worth noting that Sinatra’s account was launched shortly after a viral TikTok video singlehandedly pushed Fleetwood Mac’s 1977 song “Dreams” back onto top Billboard charts.

The other accounts we mentioned above also debuted around the same time: Whitney Houston‘s, managed by her estate, launched in November; John Lennon‘s, managed by his estate, went live in September; and George Michael‘s, which appears to be managed by his record label, kicked off in October. Like Sinatra’s, these accounts add their stars’ content to TikTok’s pool by sharing clips of songs and archived video, likely in hopes that the young audience who rediscovered “Dreams” will dig their vintage bops too.

It’s not clear if the folks running Sinatra, Houston, Lennon, and Michael’s accounts have Prince estate-esque deals with TikTok. Tubefilter has reached out to TikTok for more information and will update this story with any new details.