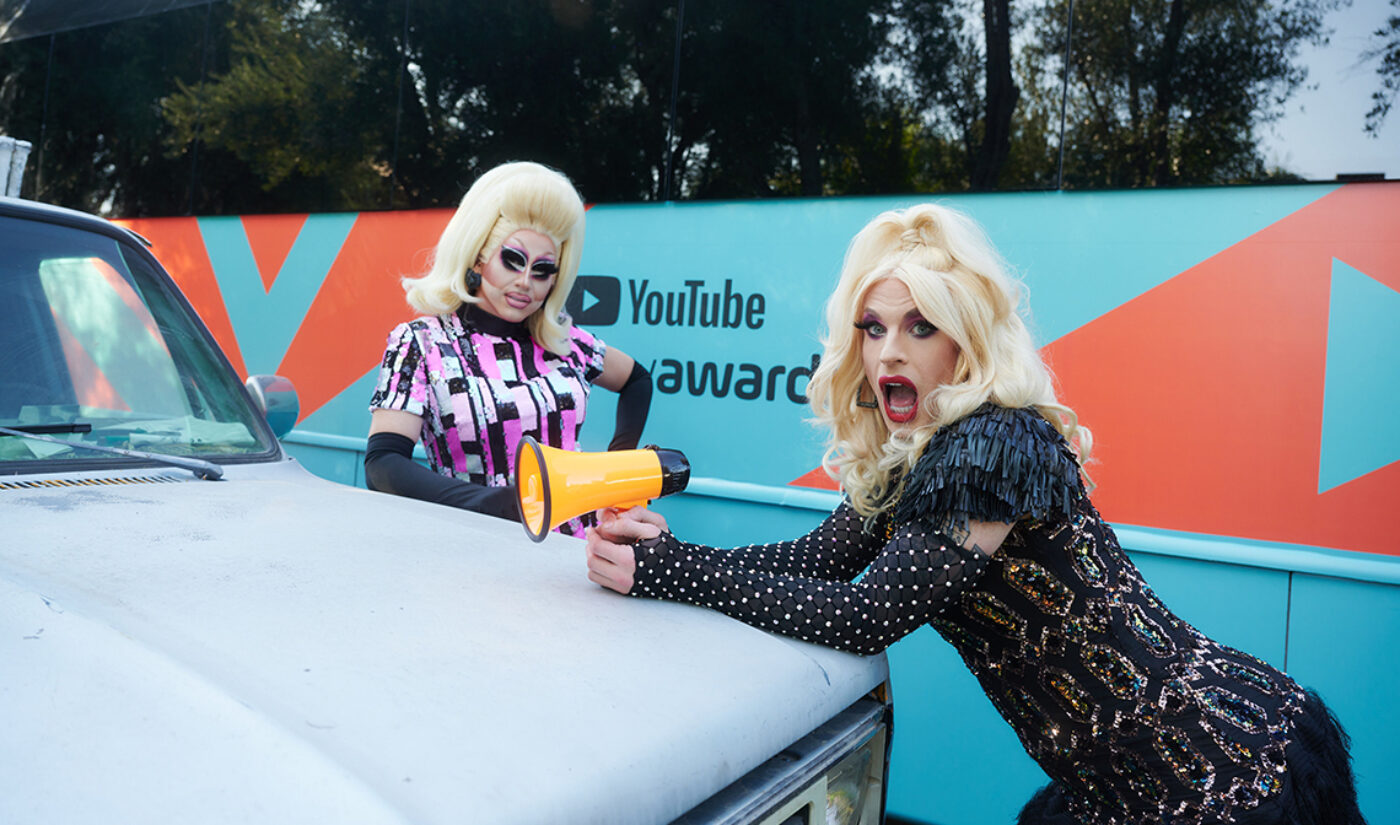 The 10th annual Streamy Awards hosts have been unveiled, and they are none other than RuPaul’s Drag Race and UNHhhh stars Trixie Mattel and Katya.

In the Streamys’ newly debuted trailer (below), the duo show off the decked-out tour bus–aka the Glamtram–that will ferry them around Los Angeles as they announce 2020’s winners Dec. 12. The ’tram will stop to check in on a few guest YouTube creators, including Lilly Singh (14.9 million subscribers), Marques Brownlee (13 million), and Patrick Starrr (4.4 million).

Mattel and Katya also reveal this year’s awards will include exclusive musical performances: Grammy-nominated Doja Cat will sing her hit “Say So”; Lewis Capaldi will belt out “Before You Go”; and Tones and I will swing in with a rendition of “Dance Monkey.”

Mattel and Katya are RuPaul‘s alums and New York Times-bestselling authors who currently front World of Wonder Productions‘ popular YouTube show UNHhhh, where they comment on everything from moving to getting fired to dealing with straight people.

Like the Streamys before them, the 2020 awards will recognize excellence in digital video–but this year’s show is specifically focused on highlighting “creators who made impactful contributions throughout 2020 by pushing limits, inspiring connections, and influencing creative works and diverse voices across race, gender, and culture,” organizers say.

The Streamy Awards kick off Saturday, Dec. 12 at 9 p.m. Eastern. You can tune in for the live stream on the show’s official YouTube channel.

The Streamys are produced by dick clark productions, Tubefilter, and YouTube.