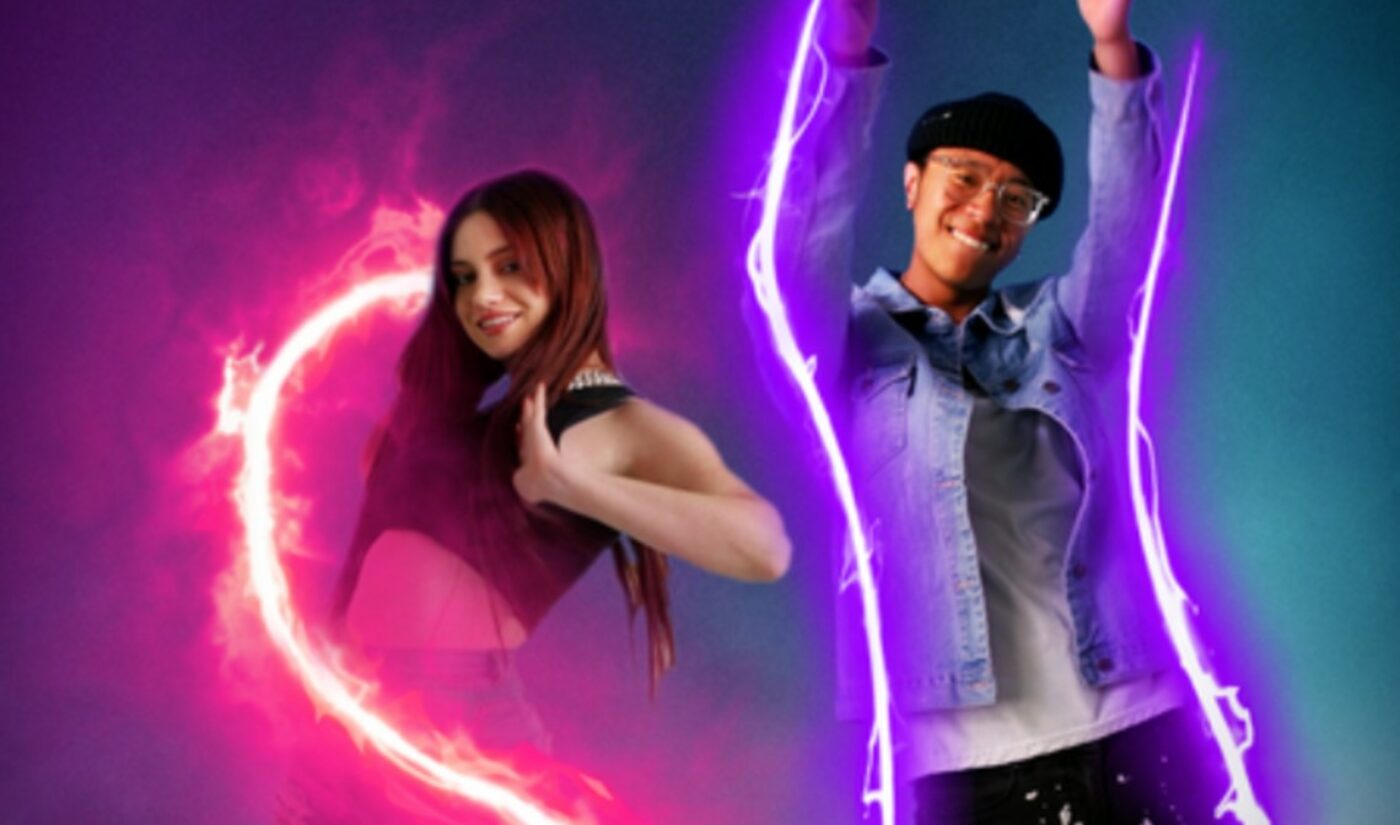 This month, Snapchat will premiere its latest Snap Original series — an immersive and interactive dance show called Move It! that harnesses the platform’s signature AR Lenses and also provides viewers with a chance to monetize via Snapchat’s new Spotlight product.

The show sees Snapchat explicitly coming for the viral dance trends that proliferate on competing platform TikTok. Across 10 episodes hosted by dance influencers Michael Le (who counts 42 million TikTok followers) and Dytto (4.2 million Instagram followers), the experts will teach viewers mini-routines to 10 hit songs via tutorial Lenses that viewers can harness to learn the moves. Then, once they have the routine down pat, participants can step into another Lens that will add special effects triggered by movements in each dance — light shooting from one’s hands, for instance, or butterflies emanating from a body roll.

All told, the series makes use of over 30 lenses that feature both body and hand-tracking technology, Snap says — and which are accessible via front or rear-facing cameras. (There are two tutorial Lenses featuring Le and Ditto for each dance, as well as the final effects Lenses).

In addition to helping viewers learn new moves and capitalize on viral dance trends, the show also features an opportunity for viewers to monetize via Spotlight — a new platform launched last month by Snapchat that is distributing a total of $1 million per day to creators of top-viewed content. Funds are allocated based on a proprietary formula that takes into account unique viewership, watch time, and likes. Move It! viewers can simply upload their completed dances for a chance to be featured on Spotlight, Snapchat says.

Snapchat launched the Snap Original format in 2018 — which refers to vertically-oriented and highly visual episodic shows. The company says that Lenses — launched in 2015 — are used by 180 million Snapchatters every day.

You can check out a trailer for Move It! — which was produced for Snap by StellAR Studios and Little Engine Studios — right here. Additionally, the show is sponsored by Verizon, and thus will air commercial-free later this month, though the final episode includes a sponsored lens that’s exclusive to Verizon subscribers.