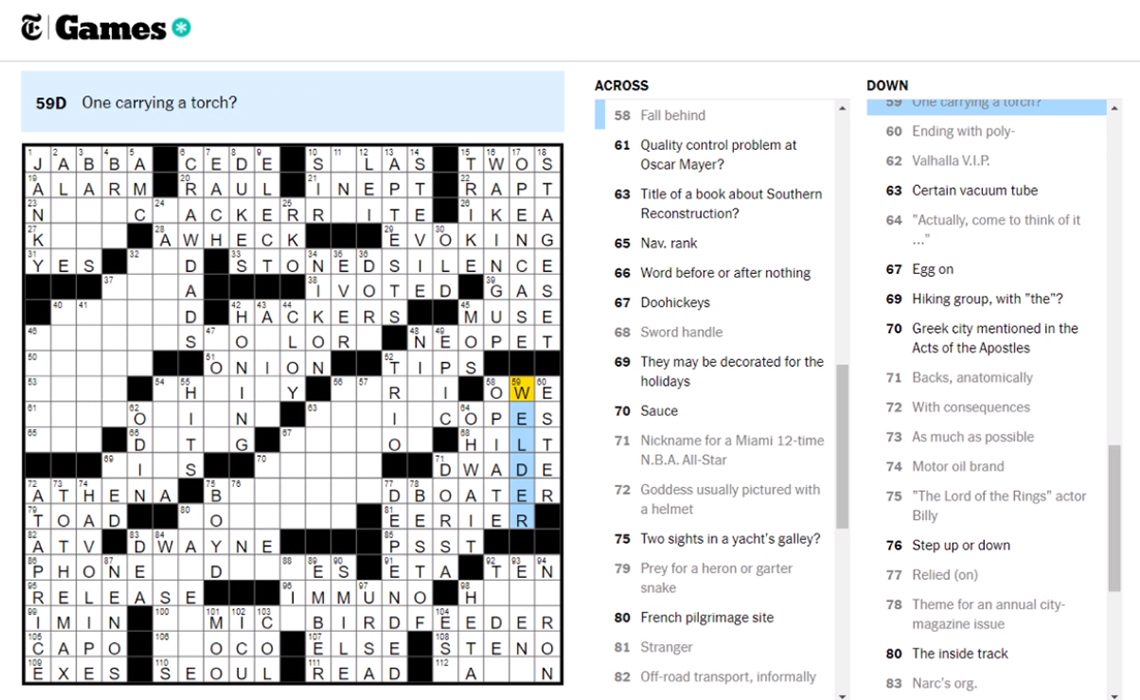 The New York Times Is Broadcasting Collaborative Crosswords On Twitch

Those looking for a little connection this holiday weekend might want to tune in to the New York Times’ Twitch channel.

For the next few days, the channel (which is new and has just 103 followers) is broadcasting collaborative crosswords–a digital version of its longtime newspaper game where live viewers will figure out answers together in stream chat. As The Verge first reported, the event is being run by NYT game designer Sam Von Ehren.

Things work like this: The stream broadcasts one crossword at a time, constantly scrolling up and down the puzzle itself and the numbered clues so viewers can see all of them. Players type their answers in the chat in a specific format (“23a regretti” means “23 across is regretti”), and the stream’s tools automatically fill in that answer–if it’s correct. Once a crossword is complete, another appears.

Von Ehren told The Verge he’ll stream crosswords on Thanksgiving and Black Friday, and will “probably stop it at some point on Saturday.”

You can check out the stream below:

Twitch Streamers Creating 89% More Sponcon, Getting 23% More Engagement Than They Did Pre-Pandemic (Report)