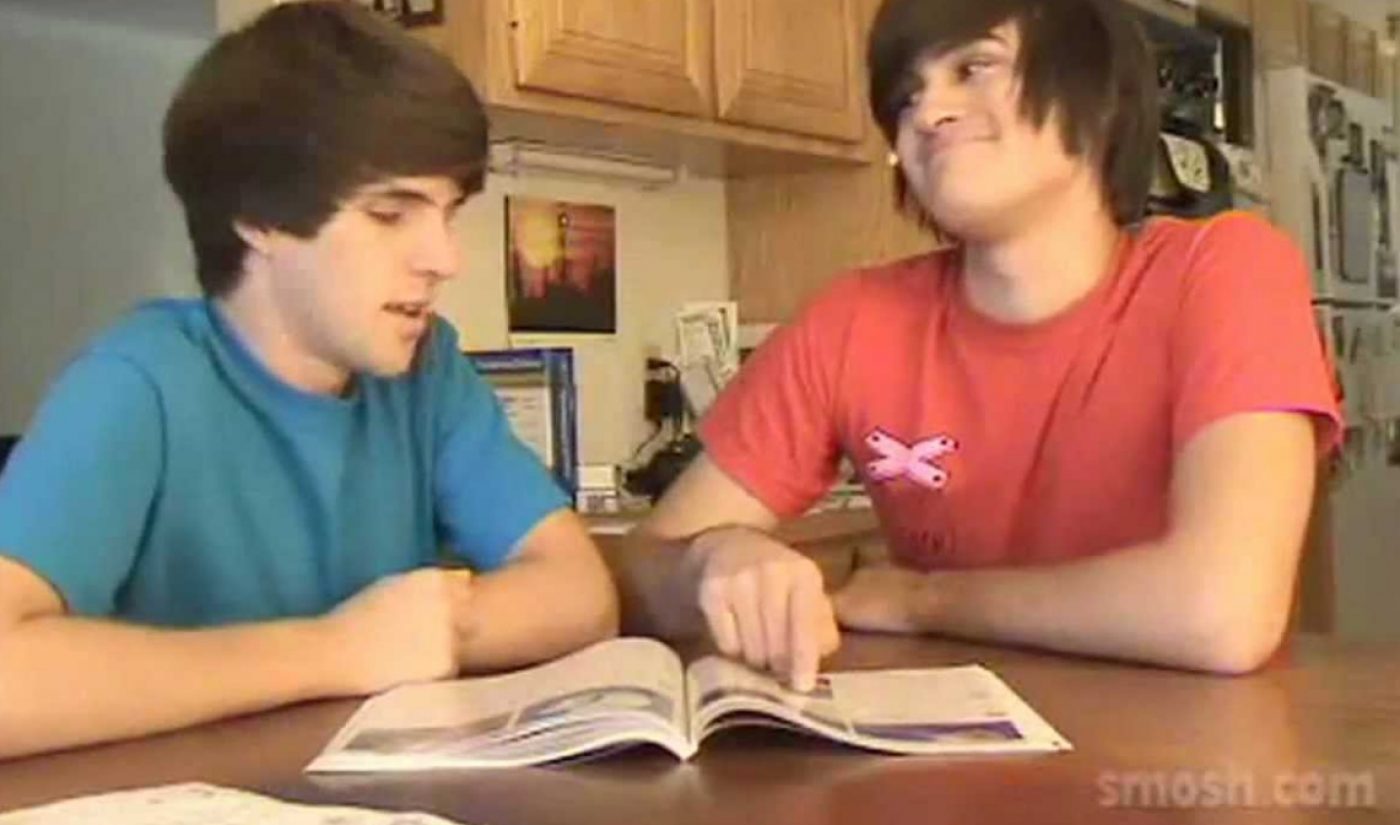 Smosh, one of the most successful and enduring comedy brands on YouTube, chose to celebrate the occasion of its 15th anniversary last Friday with a marathon live stream — all in the name of charity.

Smosh — a sketch comedy brand co-founded by middle school friends Ian Hecox and Anthony Padilla (who has since departed the venture to pursue an independent YouTube channel) — opted to fete its anniversary not on YouTube but on Twitch, where it recently launched a hub for its Smosh Games outpost in August. That channel has amassed 117,000 followers.

Throughout the course of the six hour and 24-minute stream — a takeoff on the classic telethon format that Smosh has billed a ‘subscribathon’ — the Smosh Games crew drove donations while looking back at Smosh’s formidable body of work. All proceeds benefited the First Nations Development Institute, a nonprofit that works to improve economic conditions for Native Americans through grants, training, and policy advocacy. All told, the stream raised $17,000. Furthermore, concurrent viewership peaked at 4,500, while the stream has thus far generated 56,000 unique views.

All told, Smosh has amassed 25 million subscribers across all of its YouTube channels, with its Smosh Games channel (which garners 8.5 million monthly views) consistently nabbing one of the week’s 10 most-watched videos on YouTube, Smosh says.

Despite its improbable success — an eternity in internet years — Smosh has trod an at-times difficult journey. Parent company Defy Media abruptly shuttered in infamy in Nov. 2018, with many creators claiming at the time that they were owed money by the multi-channel network. And though Padilla had departed the year prior to Defy’s shutdown, the company was subsequently acquired in Feb. 2019 by Mythical Entertainment — the digital firm founded by fellow creators Rhett McLaughlin and Link Neal — for a reported $10 million.