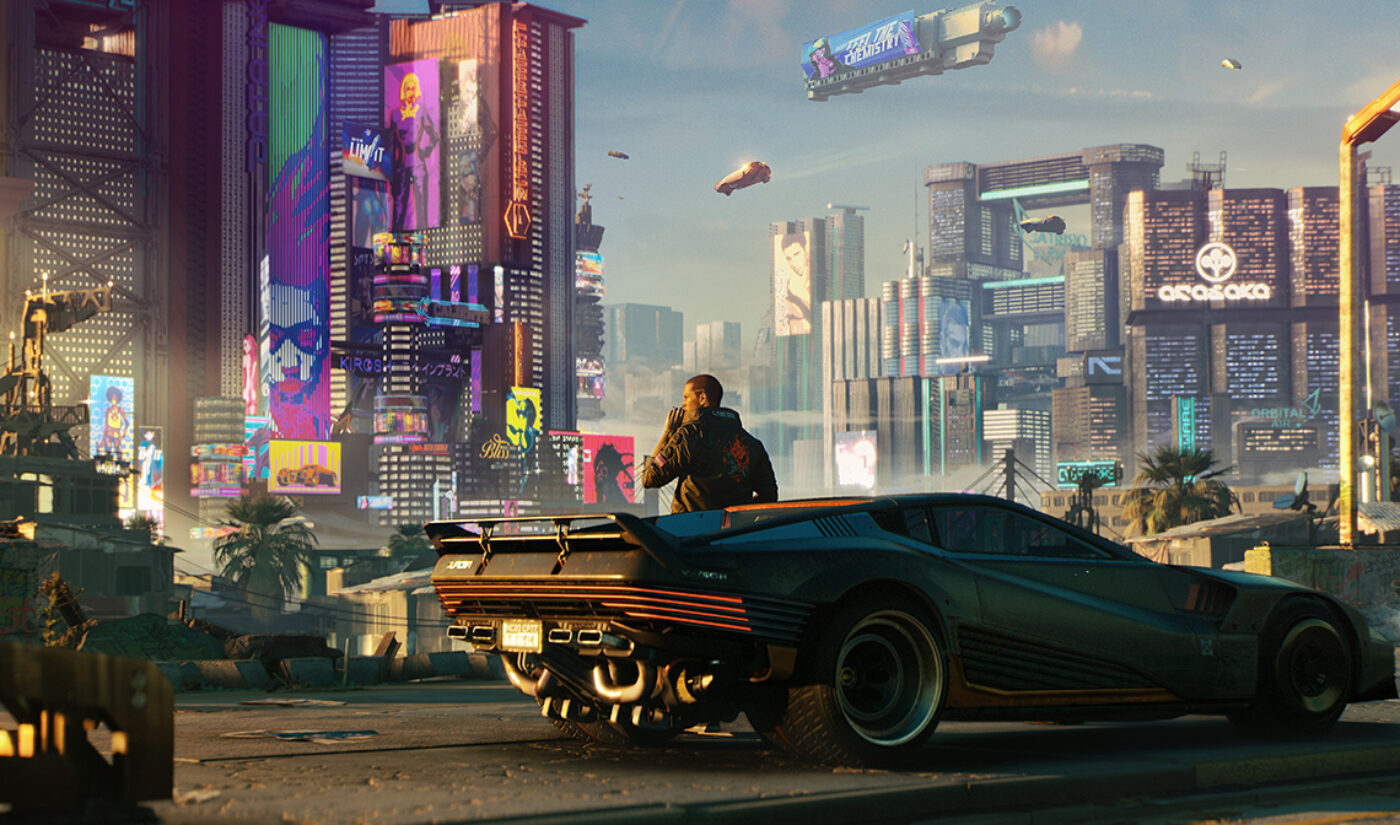 To flesh out the soundscape of its upcoming pièce de résistance Cyberpunk 2077, video game developer CD Projekt Red licensed more than 150 tracks from artists like Grimes and Run the Jewels.

That was a problem. Because while CDPR might have the legal right to include the songs in its game, content creators who want to upload or stream their playthroughs on platforms like YouTube and Twitch still aren’t allowed to include the songs in their videos. So, if any of their content about 2077 included the copyrighted tracks–which apparently play on a near-constant basis as gamers make their way through the gritty world–they could be hit with a DMCA notice that would pull said content and potentially have long-term effects on their channels.

After CDPR revealed details of the soundtrack, some concerned streamers reached out to Twitch, wondering how they would legally be able to share the game with viewers. Its reply: if they’re unable to avoid the music, then “mute the game audio.”

👋 Hey there, thanks for reaching out. We recommend reading through any game’s EULA, and utilizing any option to turn music off if the game includes that option, or mute the game audio.

The answer drew significant backlash from Twitch creators who were likely already stinging over other DMCA-related issues; the platform has lately seen a deluge of filings from record labels claiming the use of copyrighted music in archived, often years-old clips. Twitch initially responded to the mass DMCAs by auto-deleting creators’ content without exception. It’s since apologized for that approach and says it’s working with labels on licensing options.

But, luckily, CDPR had a different answer. In the latest episode of Night City Wire, its series of virtual 2077 promo events, the developer revealed it has created a streaming mode that will disable copyrighted tracks.

“We know that for content creators, licensed music can sometimes be problematic,” Hollie Bennet, CDPR’s U.K. head of communication, said during the stream. “So with this new mode, you’ll be able to disable a small number of selected tracks which could cause some issue, replacing them with a different song, helping to avoid any problems.”

The mode will kick on automatically when folks begin streaming from Xbox, PlayStation, or Stadia. It can also be toggled on/off as needed, Bennett said. PC players will have to toggle it on/off before they begin streaming.