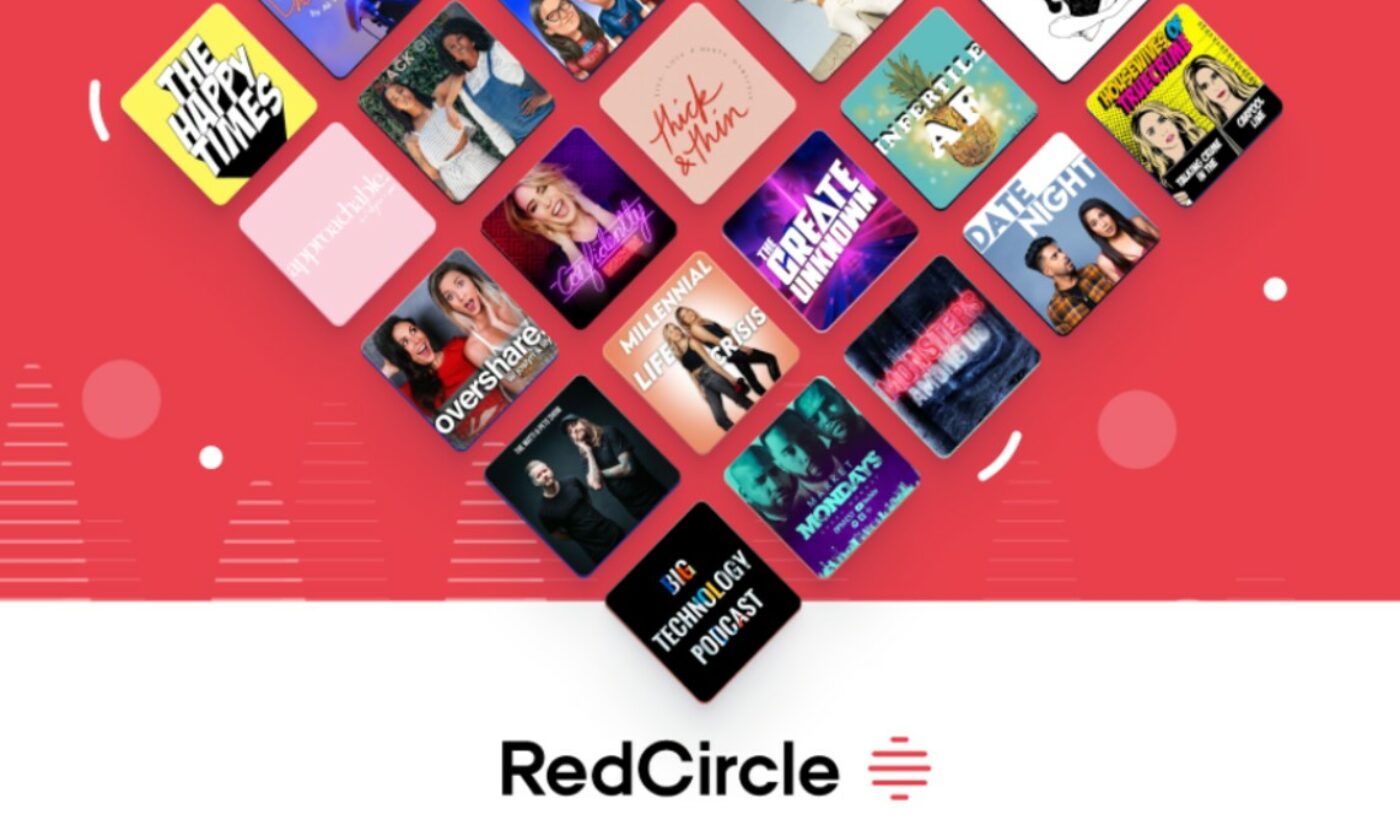 RedCircle, a two-year-old podcast upstart founded by two early Uber executives — which takes its name from the age-old and ubiquitous ‘record’ button graphic — says it sees YouTube creators as key to its future.

The podcast advertising and distribution platform was founded by the entrepreneurs Michael Kadin and Jeremy Lermitte in 2018. Kadin formerly served as senior engineer manager at Uber, while Lermitte was the founding product manager on its communications platform team. Thus far, RedCircle — which counts 10 employees — has raised $3.5 million in venture funding, including a $1.5 million pre-seed investment led by Bloomberg Beta, as well as a $2 million seed round led by SignalFire roughly a year ago.

Lermitte tells Tubefilter that while most podcast networks provide marketing, production, and direct ad sales support to creators, RedCircle differs in that it’s a technology platform furnishing these same services — with the key distinction of adding a self-serve ad marketplace into the mix, enabling monetization at scale.

While RedCircle started out providing direct ad sales, it launched its core advertising product in August — an automated marketplace enabling brands to buy at the individual show or aggregate levels. RedCircle facilitates payments, any necessary product exchanges, campaign management, and performance tracking. (In order to be eligible for the ad platform, podcasts must clock at least 500 weekly downloads).

“Typically, independent creators had to sign with networks for access to direct sales and monetization,” Lermitte explains. “What we’ve done is extended the core technology services required to run a podcast — such as hosting, distribution, and analytics — to include monetization and growth. We’re democratizing access to advertising revenue and providing independent creators with the opportunity to make money sooner in their journey.”

Other features that make RedCircle something of a turnkey solution in the podcasting industry include cross-promotional services — which facilitates collaboration between shows within its network to maximize discovery — as well as two other monetization tools: the ability to set up subscription services and collect listener donations.

While there are other platforms that provide distribution and subscription monetization services for audio, like Anchor and Patreon, Lermitte notes that RedCircle offers a fully-realized monetization buffet. In exchange, it takes a 30% cut of all ad sales, a 12% cut of subscription revenues, and 4.5% of all donations.

And creators are seeing promising returns — even as the self-serve ad platform is still nascent. Lermitte tells Tubefilter that ad revenues have grown 100% month-over-month since August, with roughly 40 different brands having purchased ads last quarter. Since the beginning of the year, Lermitte says the number of podcasters on RedCircle — and the number of total episode downloads — has increased tenfold.

A Growing Portfolio of YouTuber-Led Shows

Because of the way it has democratized podcast hosting and ad sales, RedCircle has already onboarded a solid array of YouTuber-led podcasts.

RedCircle also work with VSauce2 on its two-year-old podcast, The Create Unknown, which covers the business of being a YouTuber. The program recently ported over to RedCircle after working with a former host that offered less capable monetization features, Lermitte says.

“Coming from the YouTube world with Vsauce2, we’re used to static sponsorships and brand integrations that get filmed and then live forever on a video,” VSauce2’s Matt Tabor tells Tubefilter. “RedCircle has given us tremendous flexibility with dynamic insertion of ads into episodes. Within half an hour of signing up, we’d migrated everything, set up to receive advertisements, and learned the process for uploading 60-second ad reads. That was it — then we got paid.”

While there are currently thousands of podcasters using RedCircle — including ex-radio personalities and journalists — Lermitte says that YouTubers represent its most promising demographic. Plus, a ton of audio consumption is also happening on YouTube, he said, where some of RedCircle’s podcasts garner larger audiences than their audio-only versions.

And while YouTubers may have mastered their video-making skills, the podcasting arena is still foreign to many. To this end, the company recently launched a new service called RedCircle Studios, which aims to court creators at the outset of their audio ambitions. In addition to the aforementioned technologies it provides, RedCircle Studios helps creators launch new podcasts with hands-on support — in the form of equipment provisions, editing services, and production assistance. 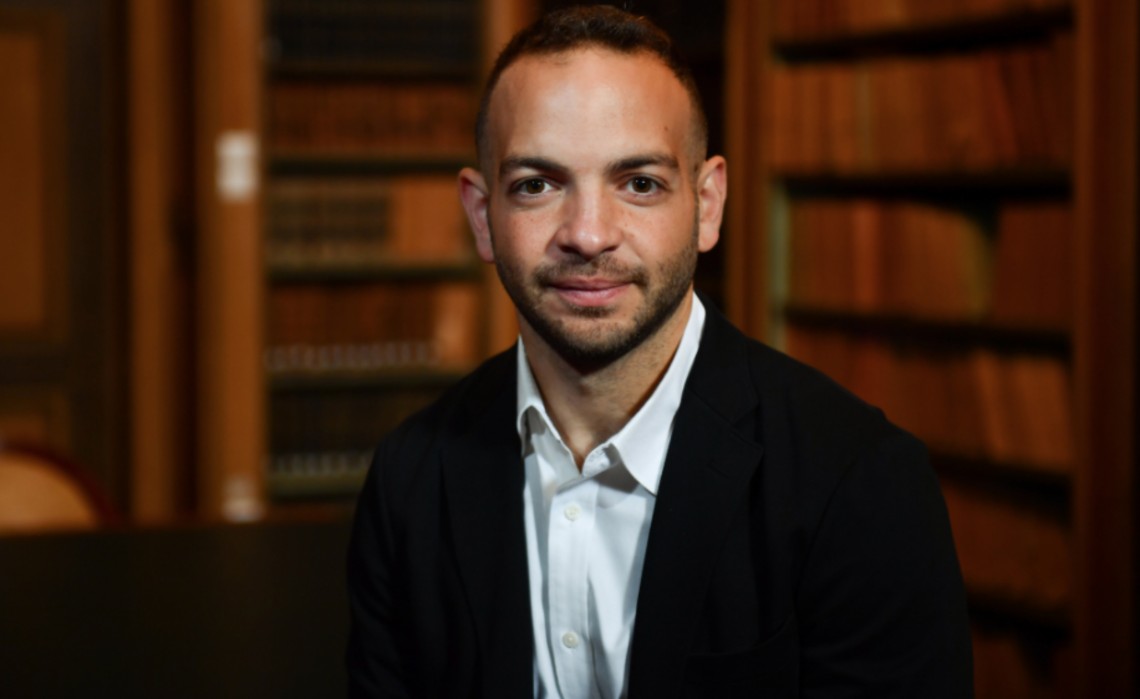 It’s a timely offer, as more and more creators are seeking to launch podcasts in the age of coronavirus, with 123,713 new shows being added to Apple Podcasts in June alone — an all-time monthly record. And the financial opportunities are also hugely compelling. Lermitte notes that the average CPM (or the rate that advertisers pay per 1,000 podcast downloads) is $25, and can reach as much as $100. Creators who come to RedCircle from established YouTube channels can make five or six figures annually on ads alone.

In terms of eligibility for RedCircle Studios, a firm criteria hasn’t yet been established, but Lermitte says the company is working with creators who have existing followings. Pricing is established on an individualized basis, he says, and functions on the back-end via a payment program whereby creators return the initial investment furnished by RedCircle over time.

One of the inaugural creators to work with RedCircle Studios to set up his podcast was Alex Kantrowitz — an ex-Buzzfeed reporter, author, and CNBC contributor, who launched his Big Technology Podcast in July. His latest episode featured Tristan Harris, the star of the hit Netflix doc The Social Dilemma.

“When I left BuzzFeed News to start the Big Technology Podcast, I had no idea what I was I was doing,” Kantrowitz said. “Then, I met RedCircle. The company helped me with editing, ad sales, hosting, and analytics, and now the podcast is growing fast. I couldn’t imagine a better partner.”