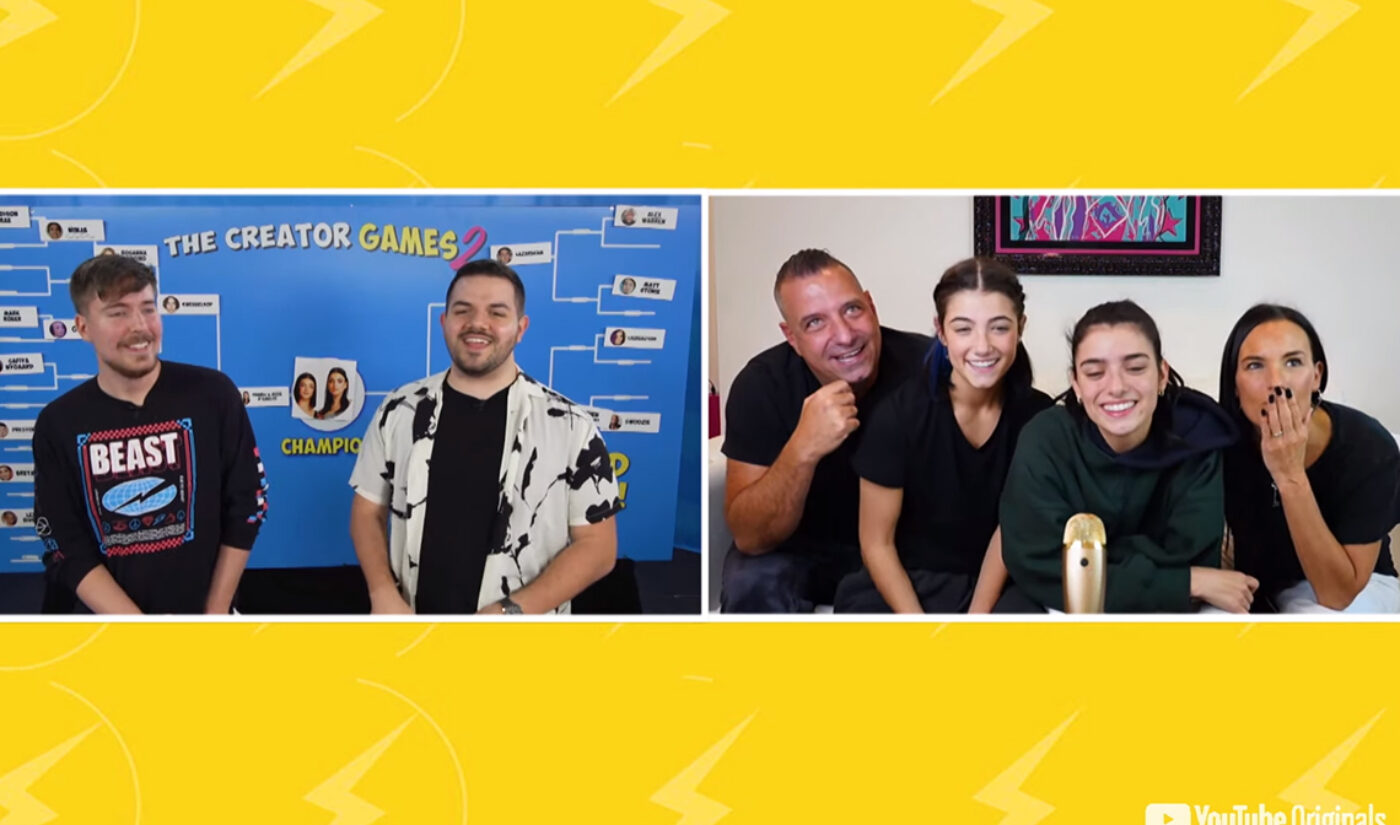 MrBeast’s Creator Games have once again set a new viewership record for YouTube.

The 24-minute live broadcast of his second creator-versus-creator tournament drew one million peak concurrent viewers, YouTube tells Tubefilter. That means Creator Games 2 has edged out David Blaine’s Ascension, which peaked at 770K concurrents when it streamed in September, to become YouTube’s most-watched live original ever.

Back in April, the first Creator Games—a rock-paper-scissors tourney that awarded winner Nadeshot a $250,000 donation to the charity of his choice—set its own record with 662K concurrents. That was later topped by YouTube’s virtual graduation ceremony, Dear Class of 2020 (665K), and then Ascension.

MrBeast (IRL name Jimmy Donaldson) tweeted a thank-you to fans who tuned in, as well as an apology to folks who were frustrated that the wildly popular D’Amelio family was crowned the winner of Creator Games 2.

Like its predecessor, Creator Games 2 pit digital movers and makers against one another, bracketing them in head-to-head challenges and eliminating them one by one. But unlike the first iteration, this one had a couple teams of more than one person, including the D’Amelios. Sisters Charli (94 million followers on TikTok) and Dixie (41.1M) plus parents Marc and Heidi (14.3M) competed together, while all other teams had just one or two players.

“I see some people mad that I let multiple people compete on a single team,” Donaldson tweeted. “Honestly, the tournament was just for fun and to bring the community together and I’d appreciate if you were to get mad at anyone, get mad at me.”

He added, “The criticism is noted and I’ll definitely keep all teams the same size next time!”