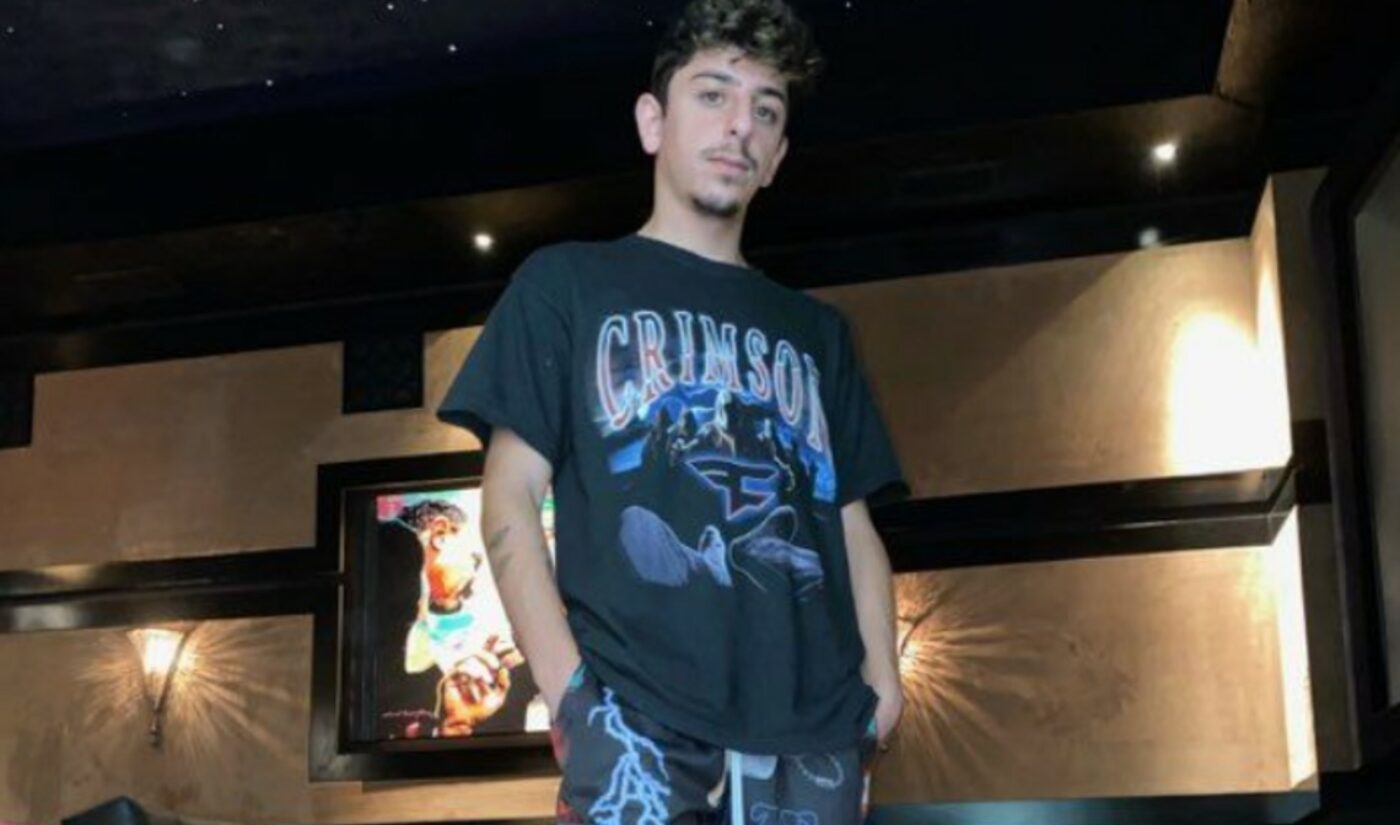 First announced back in August and shot vlog-style, Crimson follows Awadis — who counts 27 million followers across all platforms — as he moves into his brand new multimillion-dollar home, whereupon he encounters spooky neighbors who appear to belong to a clown cult of sorts.

Crimson was directed by Gregory Plotkin, an editor on the famed horror flick Get Out. Dropping just prior to Halloween on Oct. 29, the film was produced by digital studio Invisible Narratives and features a soundtrack produced by Grammy winner Beam (21 Savage, 2 Chainz, M.I.A., and Skrillex), preceded by the lead single “Psycho.”

Crimson will live on Inviz.tv, a new, direct-to-consumer hub owned by Invisible Narratives that will comprise both content and commerce. Fans will also be able to purchase an accompanying Crimson merch collection at FaZeClan.com. Additionally, the trailer (below) gives a first look at the limited-edition headphone set that FaZe Clan created alongside Beats By Dr. Dre, which Awadis sports at the 2:30-minute mark. Beats is also serving as a brand partner on the film, which will feature integrations from P&G-owned Old Spice and energy drink company G-Fuel.

Crimson is the first in a slate of features planned following a partnership forged in June between FaZe Clan and Invisible Narratives, which was founded by former Paramount exec Adam Goodman and former Disney exec Andrew Sugerman.