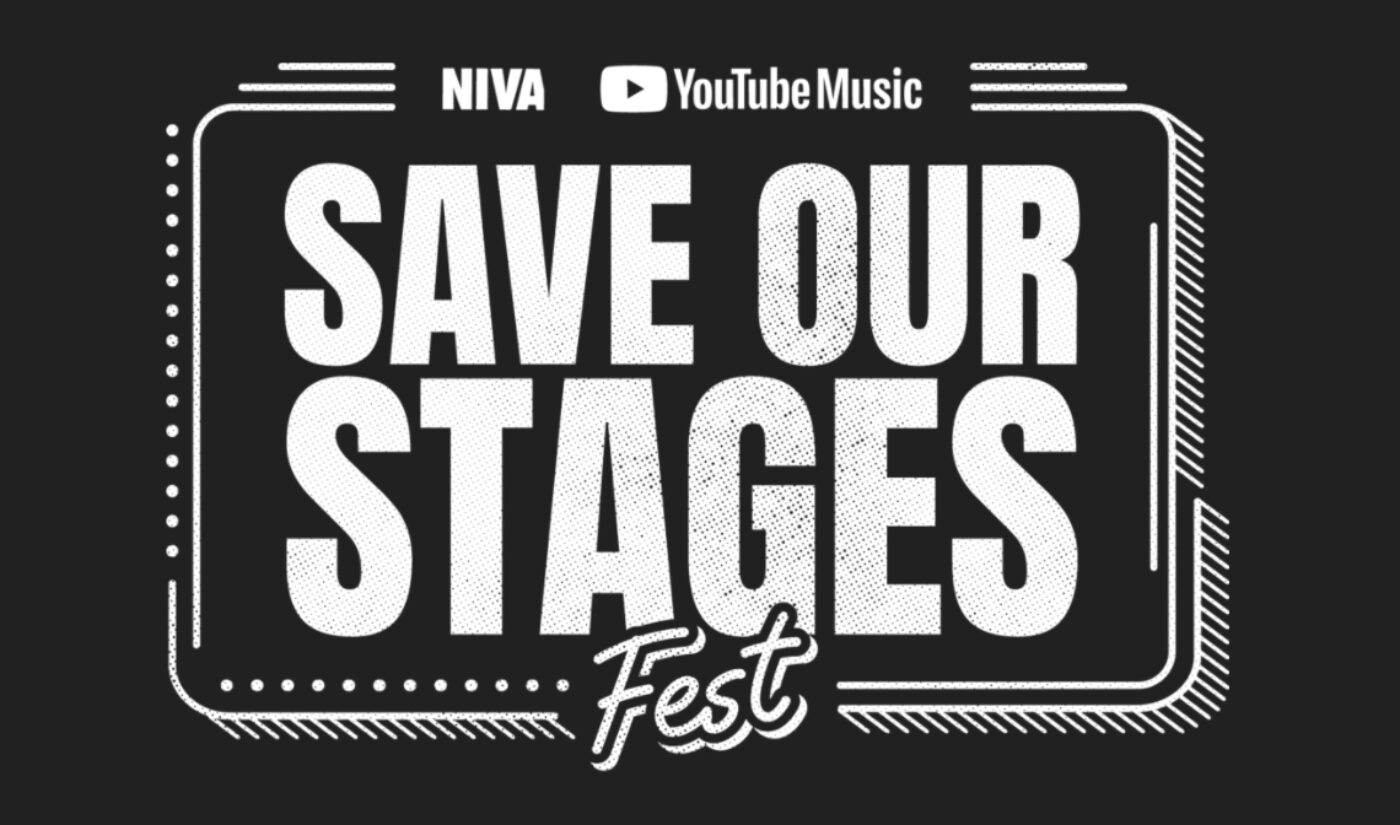 From Oct. 16 through 18, YouTube and the National Independent Venue Association (NIVA) will host a three-day virtual music festival that aims to “help shape a path forward for independent venues, touring artists, and the live concert industry,” YouTube says.

#SOSFEST will feature live performances from more than 30 bands and artists, including the Foo Fighters, Reba McEntire, Miley Cyrus, Marshmello and Demi Lovato, Dave Matthews, and Major Lazer. Performances will be recorded live at more than two dozen of America’s well-known independent concert venues, all of which have been financially impacted by COVID-19.

The festival is the first programming to emerge from YouTube’s content and fundraising partnership with NIVA—a coalition of 2,800+ American music venues, promoters, and festivals that is currently lobbying the government to provide Small Business Association grants for its struggling industry. According to NIVA, its members are forecast to lose a collective $8.9 billion of revenue this year. 90% of them will have to shutter permanently if they don’t get some kind of financial relief within six months, it said.

During #SOSFEST, YouTube will call for donations to NIVA’s Emergency Relief Fund, which is helping venues pay for essentials like rent, staff salaries, personal protective equipment, taxes, utilities, and expenses from COVID-cancelled events.

Around $6,700 has been raised for the fund through YouTube Giving, according to a raiser posted on NIVA’s official YouTube channel.