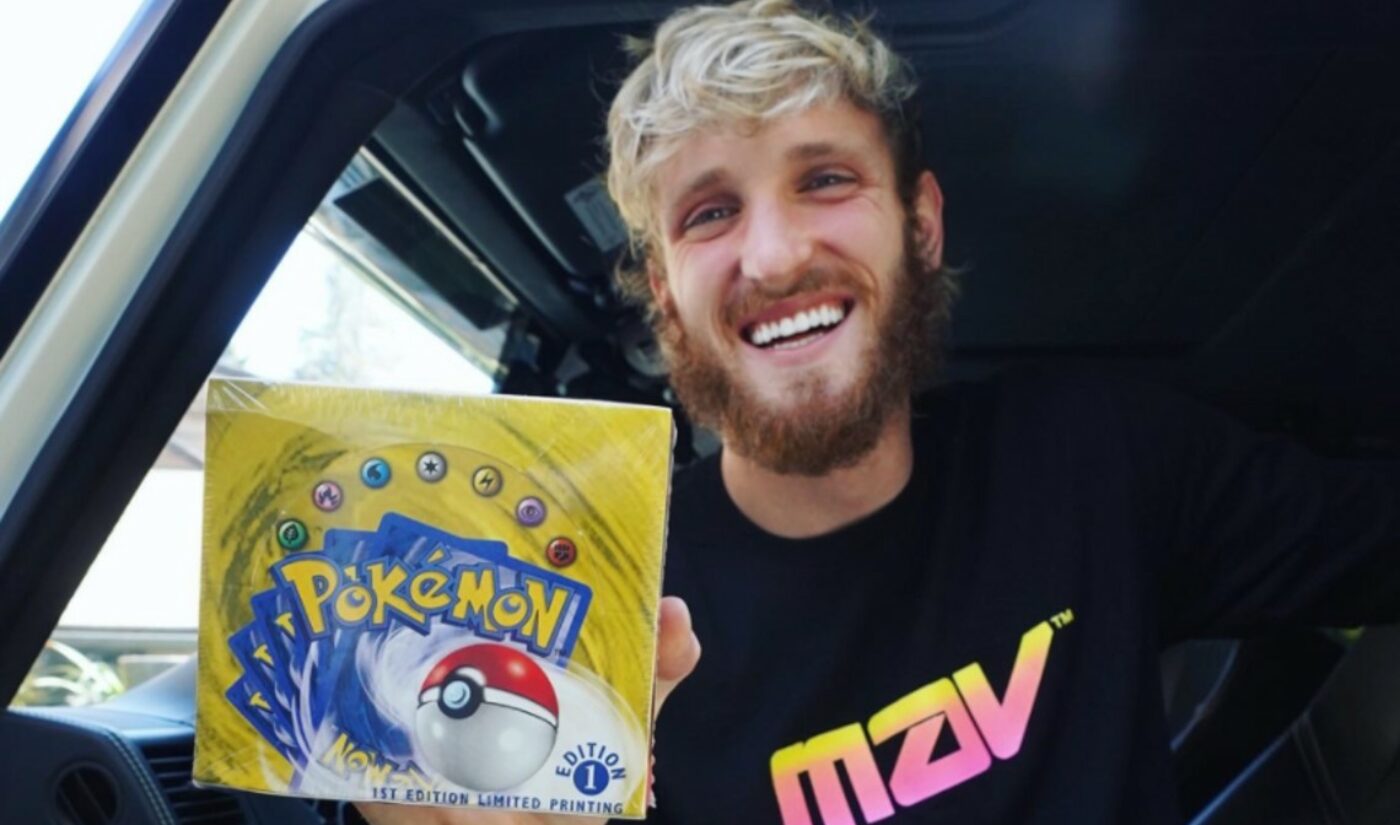 A savvy sense of nostalgia — as well as a purported boom in trading cards — is fueling Logan Paul’s latest content series-turned-charity venture: a YouTube live stream where he unboxed $200,000 worth of rare Pokemon trading cards.

Paul grew up watching the Pokemon series and playing its accompanying games, and noted in a recent video that he’d been tipped off to a resurgence in the trading card economy by his friend, the entrepreneur Gary Vaynerchuk. And so, he started building his own collection. His biggest-ever investment in the space was a so-called First Edition Booster Box, which contains 36 packs of first edition Pokemon cards — 12 of which were guaranteed to include ultra-rare holographic cards. Paul purchased the box at online auction for a cool $200,000.

His aim was to pull a first edition holographic Charizard card, which refers to a character in the franchise whose card Paul said represents “the holy grail of Pokemon collecting.” A mint condition First Edition Charizard could be worth roughly $200,000, he said.

Given response from fans, Paul ultimately decided to turn the Pokemon unboxing into a live event on his YouTube channel. He also committed to re-selling 35 of the 36 packs within the Booster Box — for $11,111 apiece — while keeping one pack back for himself. The stream — which was watched by 300,000 concurrent viewers at max on Friday, and which has garnered upwards of 7 million total views — also served as a fundraiser, raising $130,000 (and counting) in viewer donations for the National Alliance on Mental Illness.

And of course, Paul pulled a Charizard at around the one-hour mark — though a Pokemon card pro onset noted that the card was slightly off-center, and had a bit of damage that likely decreased its value to between $65,000 and $80,000. Nevertheless, that card will go to the buyer who’d purchased the $11,111 pack it came housed within.

“I’m still stunned at how three stadiums full of people watched a grown ass man open pieces of cardboard for three hours straight,” Paul tweeted over the weekend. “Pokemon has a fascinating way of bringing together and captivating people of all ages and backgrounds, regardless of their knowledge of the hobby.”

By the looks of things, this may be the first of many unboxings. Paul tweeted on Saturday that he’s looking to buy another Booster Box — and that he’s willing to pay a finder’s fee to track one down.