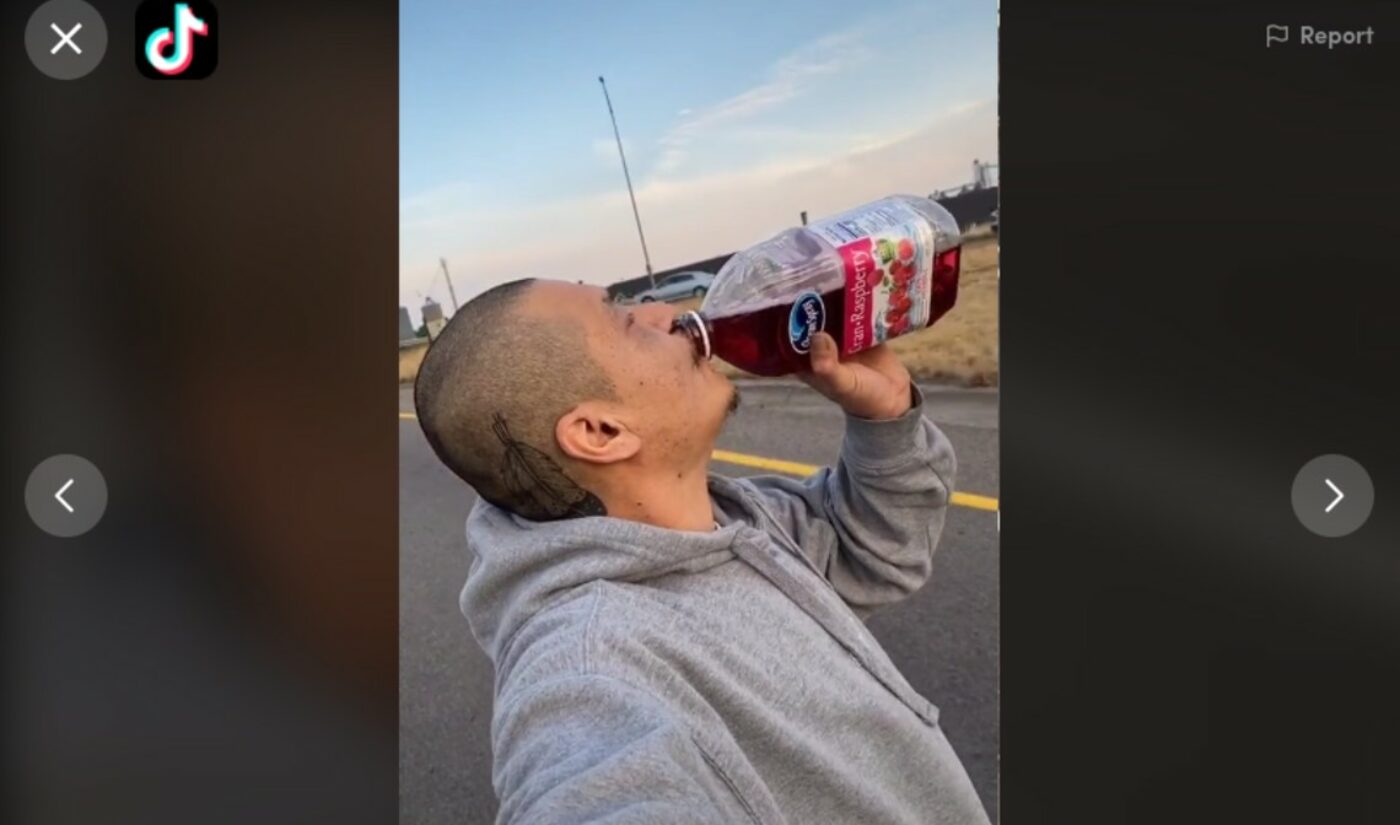 The CEO of fruit juice purveyor Ocean Spray — and the drummer of Fleetwood Mac — have both capitalized on a surging TikTok meme, which happens to have bolstered the classic tune “Dreams” while highlighting the thirst-quenching goodness of cranberry juice.

It all started when 37-year-old Nathan Apodaca, who goes by the TikTok moniker 420DoggFace208, shared a video of himself skateboarding and lip-syncing to “Dreams” while swigging a bottle of Ocean Spray. Apodaca works at a potato warehouse and filmed the clip en route to work after his car died, reports the BBC. Unexpectedly, the clip (below) went viral for its soothing nature and Apodaca’s cavalier vibes, nabbing 24.3 million views since its debut on Sept. 25, and 50 million views across all platforms.

Accordingly, Apodaca has been swamped with interview requests from international media outlets, per the BBC, as well as collab requests from the likes of Travis Scott. He has also recieved viewer donations totaling some $20,000.

The meme has also undoubtedly provided a business boost for both Ocean Spray and Fleetwood Mac, catapulting 1977’s “Dreams” to its biggest-ever week on streaming services, the BBC reports. Today, for instance, the song entered Spotify’s list of the top 40 most-played songs globally. And while the band shouted Apodaca out on its Twitter account, the clip also caught the eye of Fleetwood Mac drummer Mick Fleetwood.

In typical TikTok fashion, Fleetwood joined the platform exclusively to recreate Apodaca’s meme, skating along while jamming out to “Dreams” and sipping on his own bottle of Ocean Spray. “‘Dreams’ and cranberry just hits different,” he captioned the clip, which has garnered 6.5 million views on to date.

And now, bringing things full circle, Ocean Spray CEO Tom Hayes joined TikTok just to share is own version of the meme, below. “Did we just become best friends?” he wrote to both Apodaca and Fleetwood.

Interestingly, it’s not the first time that a beverage brand has sought to capitalize on the mass appeal of TikTok. After the platform’s biggest star, Charli D’Amelio, organically and repeatedly proclaimed her love for Dunkin’ Donuts, the chain added her signature order to its menu, selling hundreds of thousands of cold brew coffees and resulting in a huge spike in app downloads.