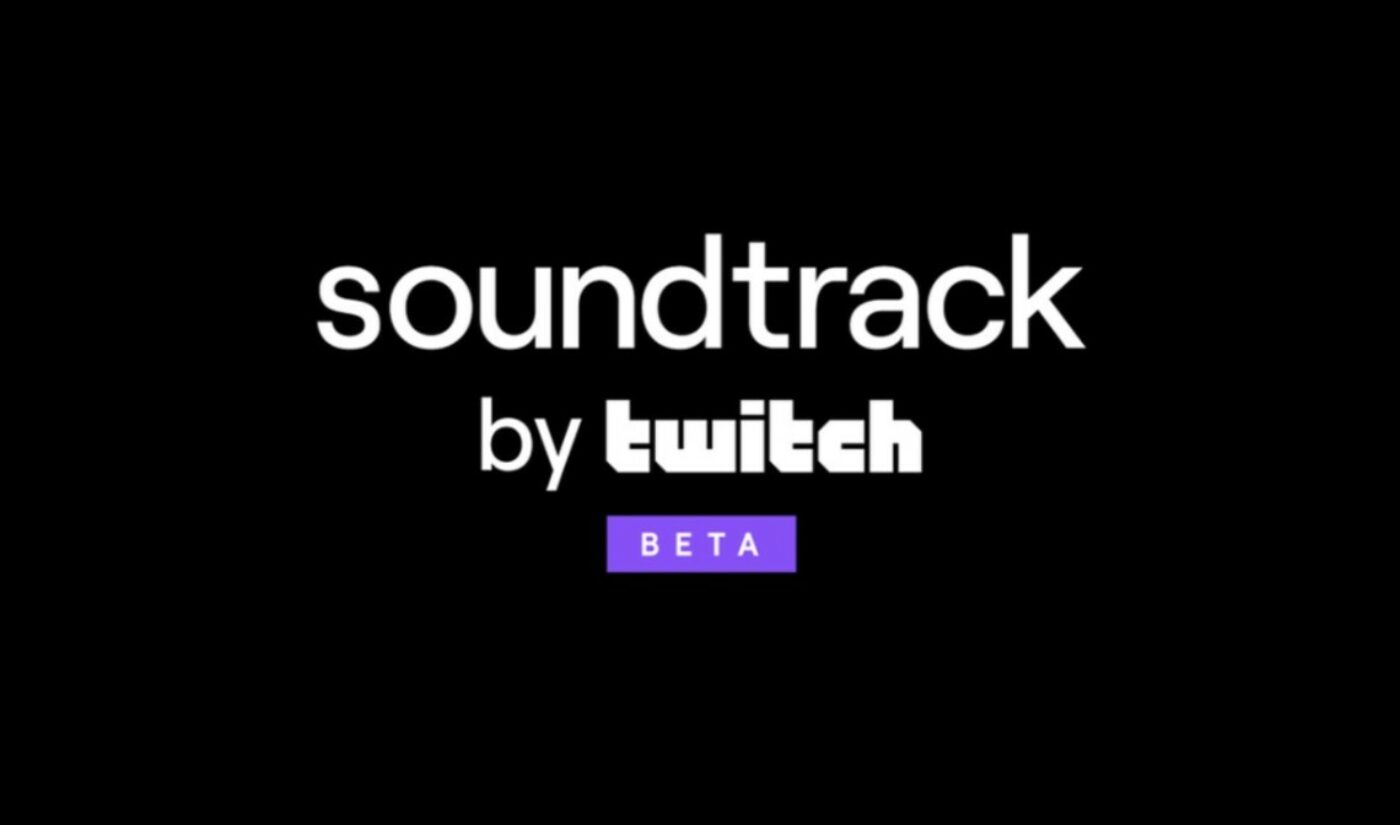 Twitch has launched in beta a new tool that will enable creators to soundtrack their streams with rights-cleared music — a tool it says will also benefit artists as a key discovery mechanism.

The product, dubbed Soundtrack, will roll out to all Twitch creators in coming weeks, giving users the ability to create Playlists of curated tracks — or to select genre-specific Stations — that will play throughout their broadcasts. Playlists and Stations will be developed by Twitch’s in-house music curation staff as well as industry partners, with new offerings being put out on a regular basis, according to the company. Twitch’s ‘SoundPls’ channel will feature electronic and dance music, for instance, while ‘Beats To Stream’ touts chilled out lo-fi beats.

All songs have been cleared by Twitch for global livestreaming use, and are being offered to help creators avoid the punishments they can incur for illegally streaming with copyrighted songs — in the form of either strikes against their channels or the muting of clips within their archives. The Verge notes that while Soundtrack songs have been cleared for live use, they aren’t eligible to appear in on-demand videos — and thus, the Soundtrack tool is designed to furnish a separate audio source within users’ existing streaming software.

At launch, Soundtrack will comprise more than 1 million songs from over 30 independent record labels and distributors, Twitch says, including Alpha Pup, Anjunabeats, Chillhop, DistroKid, Empire, Future Classic, Monstercat, Nuclear Blast, Soundcloud, and United Masters. Some of the featured artists on Soundtrack include Above & Beyond, mxmtoon, Porter Robinson, RAC, and SwuM.

In a blog post, Twitch said that Soundtrack has been in development for the past year. The tool is currently compatible with OBS Studio v26.0 streaming software, and will roll out to Twitch’s own Twitch Studio and Streamlabs OBS soon, according to the company. A waitlist for creators to try the products is available here, while musicians, labels, and publishers can learn more about getting their music placed on Soundtrack right here.