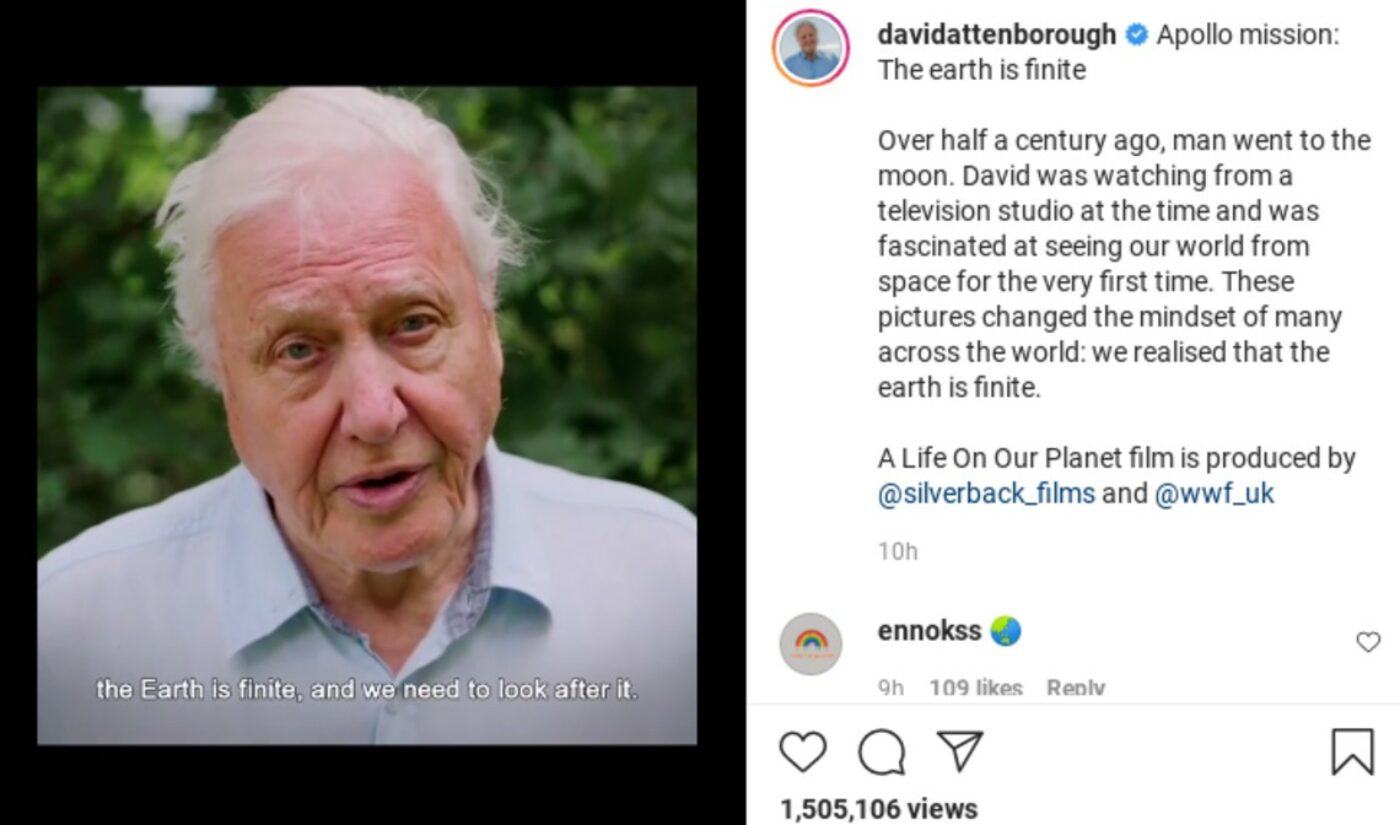 Yet another Instagram record has been shattered — this time by Sir David Attenborough, an English broadcaster and natural historian best known for his BBC docuseries chronicling animal and plant life on earth.

Guinness World Records confirms that after the 94-year-old joined Instagram yesterday, he became the fastest user to reach 1 million followers — in just roughly four hours and forty-four minutes after his inaugural post. He currently counts 3.4 million followers. Attenborough’s first post was an IGTV video (13.6 million views), in which he discusses his reasons for joining Instagram — to reach the masses with calls to action about global warming.

While Attenborough is recording content exclusively for Instagram, his account is being run by collaborators Collin Butfield and Johnnie Hughes, who worked with him on the upcoming Netflix film A Life On Our Planet. His second of two total posts thus far offers a glimpse at the documentary, which examines the monumental scale of humanity’s impact on nature.

“David Attenborough has spent a lifetime travelling, exploring the wild places of our planet and documenting the living world in all its variety and wonder,” the duo wrote alongside his the inaugural post. “He’s also witnessed the damaged caused. Saving our planet is now a communications challenge. We know what to do, we just need the will.”

Attenborough narrowly bested the previous record time to 1 million followers, which was held by Friends star Jennifer Aniston, who attained the feat in Oct. 2019 in just five hours and 16 minutes. Record holders before Aniston, per Guinness World Records, have included David Beckham, Pope Francis, and the Duke and Duchess of Sussex.