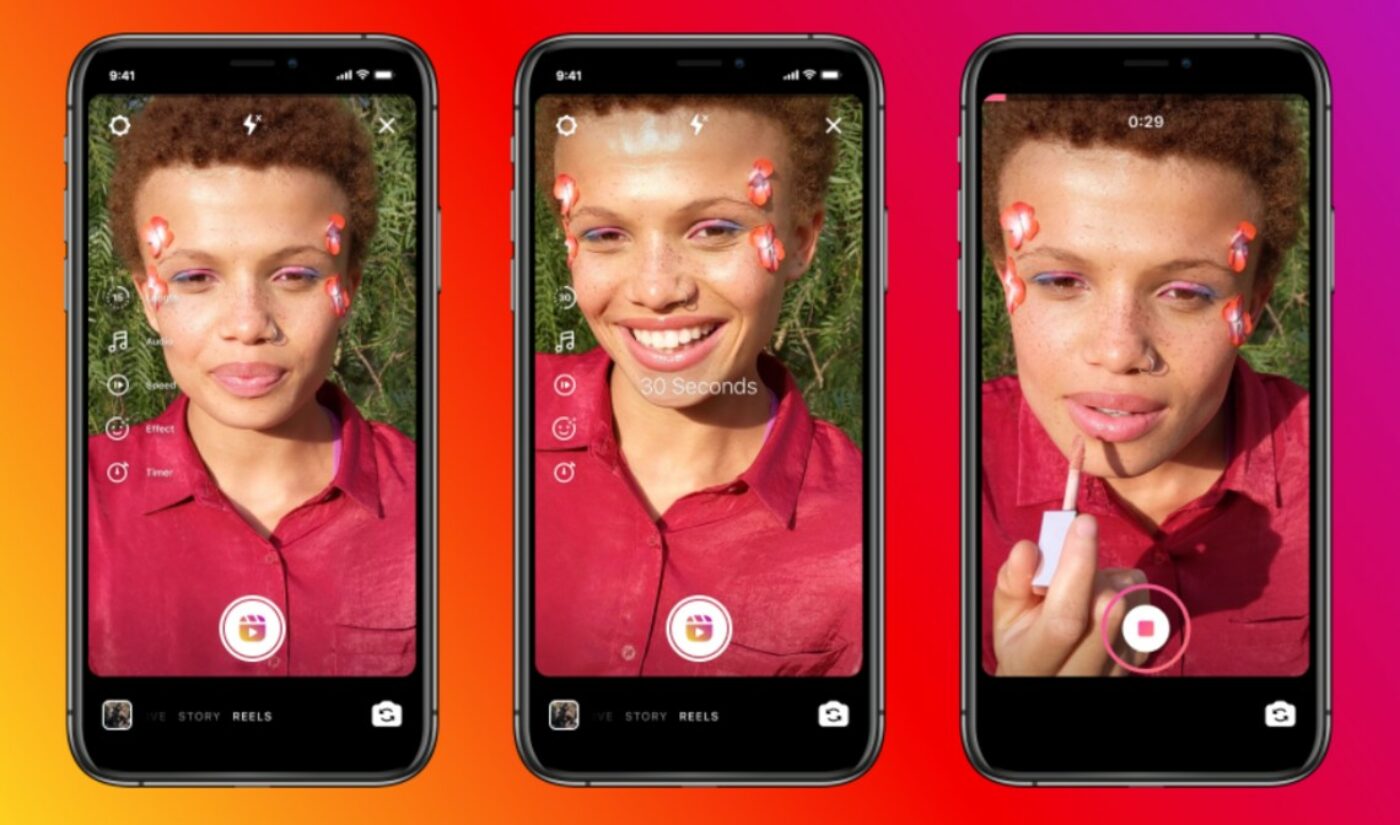 Instagram is rolling out a few minor updates to its nascent Reels product — a TikTok copycat that arrived in the U.S. in early August amid a trying season for its Chinese-owned predecessor.

Instagram says that, in response to user demand, it is doubling the max length of a Reel from 15 to 30 seconds. (Similarly, TikTok started out with a six-second maximum length before subsequently expanding to 15 seconds; currently, TikToks can be at most 60 seconds long). A second minor change will see Instagram expanding the three-second countdown ‘timer’ that users could previously initiate to prep for recording. Now, creators will have the option to set a timer for up to 10 seconds before recording begins.

“We continue to improve Reels based on people’s feedback, and these updates make it easier to create and edit,” product director Tessa Lyons-Laing said in a statement. “While it’s still early, we’re seeing a lot of entertaining, creative content.”

Reels allows users to compile multi-clip videos — via stitched-together segments captured from within Reels or imported from users’ photo libraries. At launch in August, the product touted a number of audio options, AR effects, an ‘Align’ tool to create seamless transitions when editing shorter segments together, and a ‘Speed’ option — enabling users to create slow-motion videos, for instance, or to stay on beat while dancing.

While the product is still rolling out, Instagram notes that Reels has been used by myriad creators in interesting ways to date, including Prince William and Kate Middleton on a visit to an iconic London bagel shop, as well as by activist Blair Imani, who has launched a series dubbed #15SecondsSmarter, where she shares bite-sized discussions about consent, intersectionality, pronouns, and other pertinent social issues.

And next up, Instagram says, the Country Music Television (CMT) Awards will be the first major U.S. awards show to announce its nominees exclusively via Reels today at noon.