YouTube Creators Are Taking A New Approach To Make Sure Their Fans Are ‘Good To Vote.’ And It’s Working. 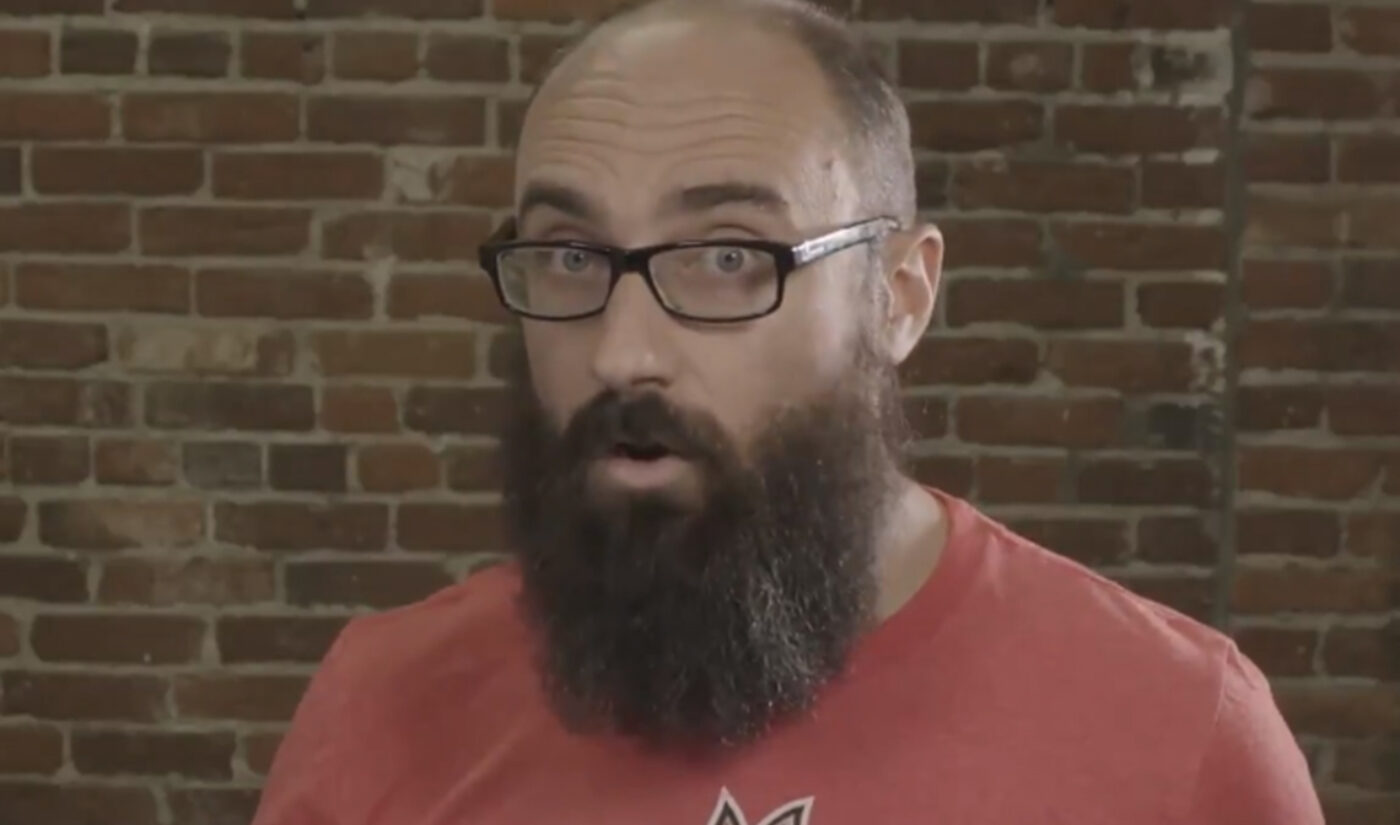 In August, Michael Stevens of Vsauce challenged his fans: If 500 of them registered to vote, he would shave his beard. Within one week, more than 1,500 people had registered as part of the Good to Vote initiative, and the beard was gone.

Three days later, Jack Douglass (aka Jacksfilms) offered to preview an 85-video, interactive YouTube series if 500 people registered to vote. Within 48 hours, 1,400 of Douglass’ fans had registered to vote as well.

Today, with fewer than 45 days until the election, over 60 celebrities and YouTube creators have signed on to participate in Good to Vote, a nonpartisan campaign working with nonprofit HeadCount that aims to drive new voter registration and current voter participation. To make sure fans are “Good to Vote,” talent are shaving their beards and/or heads, teaching master classes in multilingual swearing, doling out never-before-seen content, and more.

As promised, here’s “Food Smashers” — a teaser for an eXXXtreme cooking show I made with @justinsuperstar in 2009.

We hoped Hungry Nation would pick it up. They did not. pic.twitter.com/xi1KGHxa90

The original idea for Good To Vote came from Ben Relles, Head of Innovation for YouTube Originals. Relles took some time off over the summer to hook up with HeadCount and put Good To Vote together.

According to data collection and analysis organization FiveThirtyEight, voter registration has declined significantly due to COVID. So Good To Vote partnered with HeadCount.org to close the registration gap.

“There’s a unique idea here–creators and celebrities rolling out new content if enough people register to vote or take actions,” Andy Bernstein, HeadCount’s executive director, said in a statement. “It’s a clever idea and has been extremely successful thus far.”

As mentioned above, each creator has their own unique landing page on HeadCount’s website with a form that takes down visitors’ basic information, then directs them to their state’s registration site. HeadCount tabulates how many completed registrations and “voter actions” (things like checking to be sure prior registration is still valid, getting polling place information, or arranging to vote by mail) creators drive. That’s important, because creators have all set individual goals, and offer incentives if enough fans complete voter actions.

These creators aren’t going it alone. Good To Vote’s efforts also include Hollywood talent like Samuel L. Jackson, Emma Roberts, Hailee Steinfeld, Florence Pugh, John Stamos, Taylor Schilling, Debra Messing, and Francia Raisa. Jackson posted a video teaching people to swear in 15 languages (after reaching over 10,000 registrations and voter verifications), and Florence Pugh created a live cooking special over the weekend after over 4,400 of her fans either registered to vote or checked their registration.

Listen up – If 2500 of you click a voting action below to make sure you’re #GoodToVote, I will teach you to swear in 15 different languages. Go to https://t.co/nVk8WzUm8N now! pic.twitter.com/g4eUmHwuP9

The campaign will continue to run through the election. Creators interested in participating can email halle@goodtovote.com.