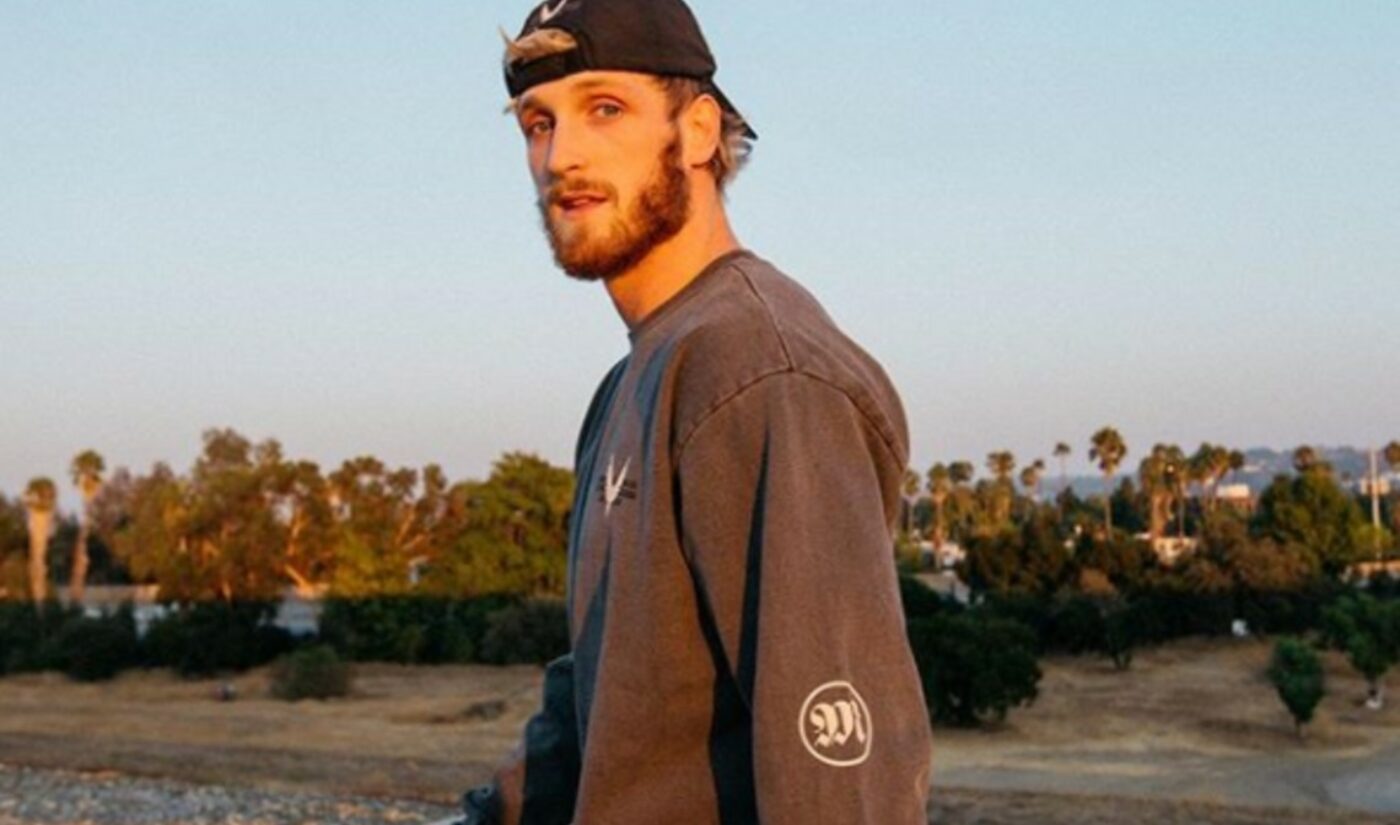 In the latest episode of his podcast Impaulsive, where host Logan Paul sat down with digital svengali John Shahidi — the co-founder of talent management and production studio Shots — Paul provided an eye-opening window into his early fortunes as a YouTube star.

After Shahidi stressed the importance of diversifying a creator’s business portfolio beyond the video channel where they rose to fame — onto other platforms, as well as offline ventures, like product launches — Paul concurred that creating his merch brand, Maverick, has served as a North Star of sorts amid the ups and downs of his career trajectory.

Paul recounted that he decided to enter merch after his little brother, Jake — who is now managed by Shahidi — had been in the business for roughly a month with Fanjoy, shortly after they had both blown up on YouTube. After Jake shared how lucrative merch had been, Paul followed suit with Maverick — which recently underwent a substantial, yearlong rebrand that debuted in May, with an eye to becoming a full-fledged fashion brand as opposed to typical influencer merch. In its first year, Paul shared on Impaulsive, the company made between $30 and $40 million — a staggering figure, though it’s unclear whether he’s talking about revenues or personal earnings.

“I was like, ‘Holy f-cking sh-t. There’s a real business here,'” Paul shared on Impaulsive. “It was the first time I really understood the power of a creator and being able to move an audience outside of a platform. Except now — I mean, we’re all feeling this, all creators — merch is so oversaturated. It’s not the thing anymore. There a few creators, like the Nelk boys — who are having their $30, $40, $50, $60 million years, and probably MrBeast, too — but besides them, its such a hard industry to break.”

Shahidi agreed that while the industry is saturated, creators who envision their merch as “a movement” — as opposed to merely a logo slapped onto standard-issue apparel — are bound to find more longevity in the space. (Shots Studios also launched its apparel division, Lil Shop, earlier this year, which houses merch from its creators as well as a handful of musicians).

“This is why I think so many creators are going to be building their own brands vs doing campaigns for brands,” Brendan Gahan, partner and chief social officer at Mekanism, wrote in a LinkedIn post after spotting the Impaulsive segment. “The fact that creators so early on in their careers can generate that kind of revenue makes me think it is just a matter of time before an influencer launches a ‘unicorn’.”

You can check out more from Paul’s conversation with Shahidi — where Shahidi also reveals that he’s planning to write a how-to book for aspiring social media stars, in a bid to help the tens of millions of people who are out of work due to COVID-19 — below: