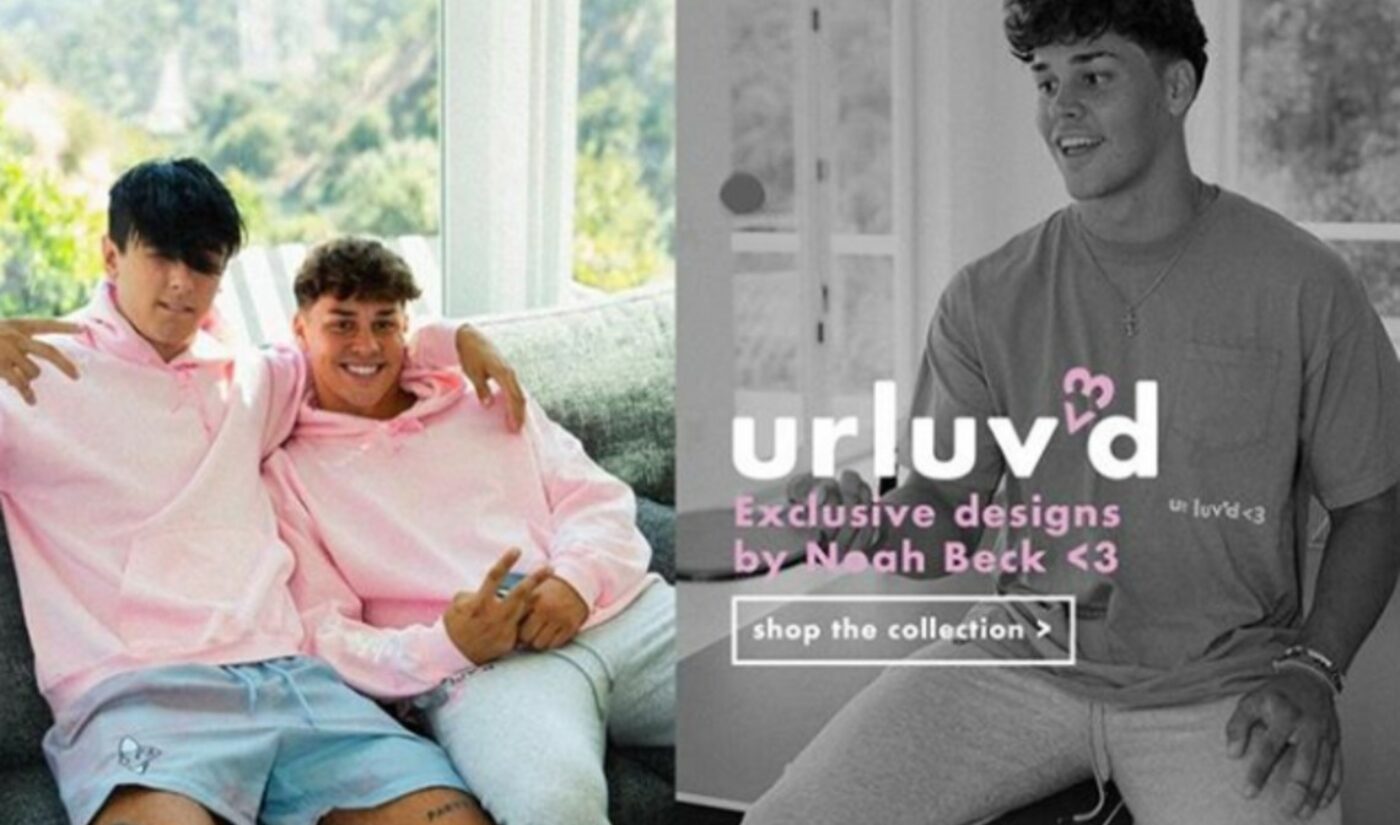 Noah Beck, one of TikTok’s hottest stars, is looking to spread a positive message with his new merch venture.

Dubbed ur luv’d, the three-piece collection bowed on Saturday, and all of the unisex items — hoodies, joggers, and T-shirts — are currently sold out. The shop is powered by Moby Dick Unlimited — which says it works with both elite and up-and-coming influencers to build premium product lines.

In the future, Beck plans to release more athletic wear products that draw from his sports background, given that the 19-year-old formerly played NCAA Division 1 soccer at the University of Portland.

Beck has amassed 19 million social media followers across all platforms in relatively rapid order, having downloaded TikTok during quarantine and skyrocketed to fame in mere months thanks to his comedic lip-sync videos and heartthrobby dance clips. Subsequently, he joined TikTok creator collective Sway LA in May, whereupon he pressed pause on his soccer career to pursue a full-time career in social media and entertainment. Beck has currently amassed 13.4 million TikTok followers and 4.5 million fans on Instagram.

“A lot of people know me online for my dances and viral trending videos, but mostly it’s just me creating content with my friends, having fun, and just being my authentic self,” Beck stated of the inspiration behind ur luv’d. “I want everyone to feel like they can do what makes them happy, not be judged for it.”

In July, several current and former members of Sway LA — including Beck — joined TikTok competitor Triller as advisors and equity shareholders. That said, the group has also weathered recent controversies. After repeated warnings, the city of Los Angeles cut off the home’s utilities — including power, water, and gas — last month for hosting large gatherings in violation of public health orders.