Insights: Divergent Debuts For ‘Mulan,’ ‘Tenet’ Make This One Of Hollywood’s Biggest Weekends Ever 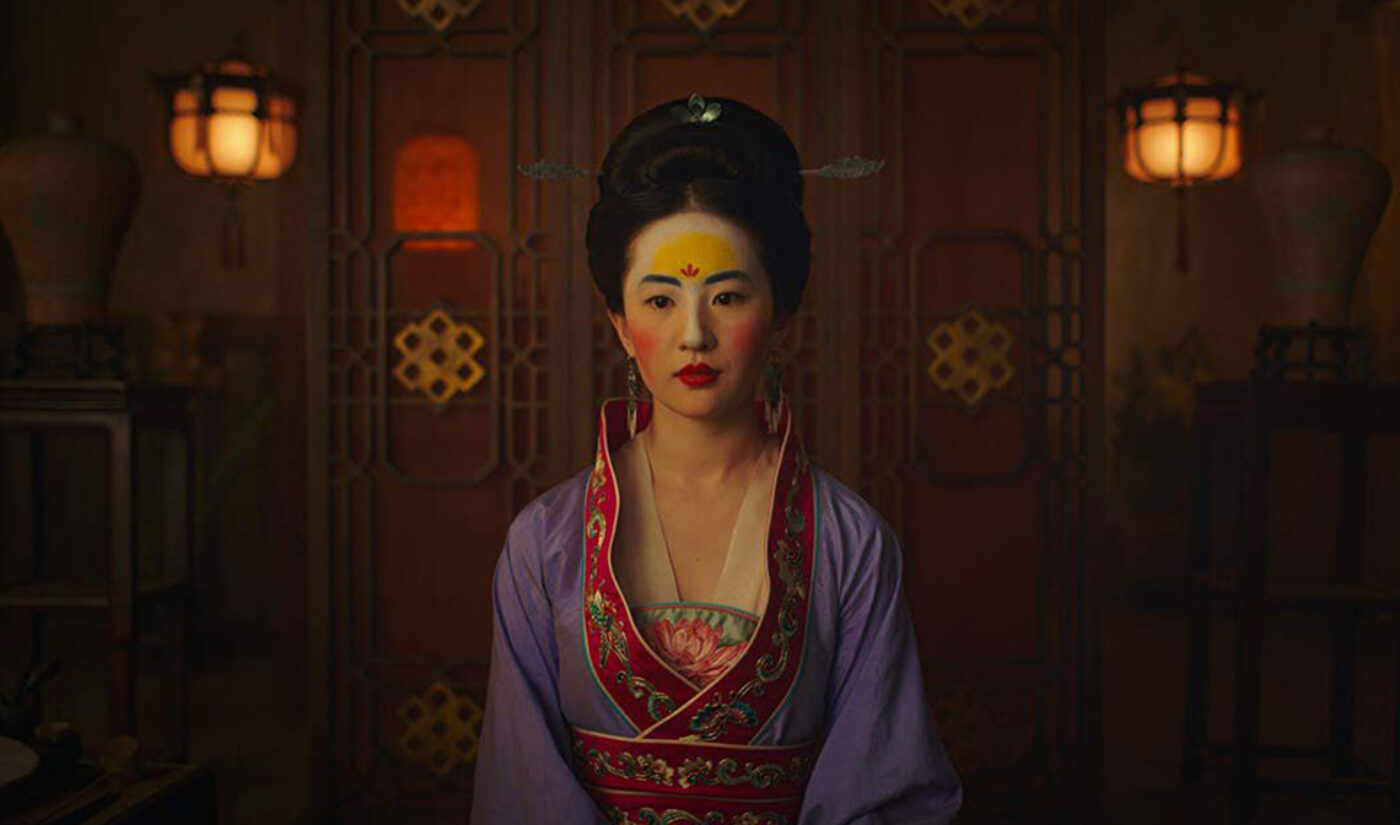 As the last days of a dismal summer dribble into a potentially even more dreadful fall, we’re seeing a crucial inflection point for the future of theaters, online streaming, and big honking blockbuster movies.

Normally, movie news this time of year is dominated by what’s being shown at the triumvirate of prominent film festivals in Telluride, Colo., Venice, Italy, and Toronto, Canada. Typically, the festivals spotlight awards contenders and some big-name holiday features before audiences of critics, media, international buyers, and hardcore cineastes.

But when it comes to movies the rest of us can see in theaters, Labor Day Weekend mostly showcases the dregs of the release calendar. Films released around now either weren’t good enough for a summer release to a wide audience or smart enough for release this fall in the hunt for awards. They’re dumped on the dog-days dung heap to clear the way for the good stuff to come.

Except in this crazy, mixed-up, messed-up year, when we didn’t get a summer blockbuster season (Palm Springs? The Old Guard? Hamilton, the movie?) because we didn’t have theaters open. At the current rate, we won’t have much of an awards season either (the Oscars were moved back two months, so the accolades chase is going to seem longer than the presidential campaigns).

And of course, all those Life In Bizarro World changes mean we’re getting not one but two blockbuster movie debuts this weekend, on very different platforms: Christopher Nolan‘s typically complicated take on a thriller, WarnerMedia‘s Tenet, and Disney‘s $200 million live-action remake of one of its beloved 1990s animated films, Mulan.

How each fares amid shifting viewing habits, deeply troubled theater chains, rapid adoption of new streaming services, a growing recession, and a still-nasty pandemic will say a lot about how Hollywood handles its highest-profile products.

That’s because the two films represent Hollywood’s two paths forward. Both films were among the few big summer tentpoles that studios didn’t reschedule into 2021 or beyond. Both saw their theatrical releases repeatedly rescheduled. They are, in some ways, joined forever in Hollywood annals as it looks back on a century of business practices and forward to an unprecedented streaming future.

Finally, Disney gave up on a theatrical release for Mulan amid the summer spike in COVID cases that kept most theaters around the country closed. It made the film available to the more than 60 million households that subscribed to its Disney+ streaming service, as long as they paid a further $29.99 for “premium” access.

That relatively steep price gives unlimited online access to the movie, three months before it becomes free on Disney+. For a family with a little sword-wielding Mulan-ista or two, that’s still probably a good deal. For the rest of us, well, we’ll see.

And then there’s Tenet, which is opening in theaters because WarnerMedia wants to appease its creator, a longtime champion of the in-theater experience. WarnerMedia’s solicitousness is understandable: his Batman origin trilogy together grossed more than $2.5 billion for the studio. Now they’re just hoping the pell-mell reopening efforts by AMC and other theater chains will attract whatever counts as a big, or at least a sustained, audience in Bizarro World.

Experiments that could reshape Hollywood

The outcome of the two experiments will help shape Hollywood Conventional Wisdom for months to come. If Disney scores big, other studios likely will release even more of their feature-length projects directly to streaming, possibly bypassing theaters altogether. If Tenet does well, that may embolden studios to reopen their pipelines of already-produced projects sooner than next year.

This isn’t a perfect, double-blind scientific exercise, anymore than those Russian vaccine “trials.” For one thing, critical reviews for both movies have been good, but not great. That may affect turnout for one or both films, especially given the pandemic fears on one side, and high cost/subscription requirement on the other.

Nolan has many devotees of his narrative origami that folds time, space, and causality on itself repeatedly (indeed, Tenet the movie and Tenet the movie title are both palindromes, reading the same forward and backward). But unlike his Dark Night movies, Tenet won’t have benefit of a big existing franchise or big-name stars (while I think highly of John David Washington, Robert Pattinson, and Elizabeth Debicki, Nolan is the real star). And critics have called the film “chilly” and complicated.

Mulan reviews have been a little complicated too, suggesting Disney princess fans will love it, while others may be less moved. That probably makes it a good candidate for a streaming-first release. The company won’t have to spend as much on marketing to reach its target audience, and can keep considerably more in revenue. It may also lower subscriber churn, the biggest problem facing all the major streaming services.

It’s also worth noting that the restart of film and TV production isn’t going great. Pattinson himself was just diagnosed with COVID, putting on hold the making of the next–not directed by Nolan–Batman film. Dwayne “The Rock” Johnson said this week that his entire family contracted COVID. (They have all safely recovered.) And John Nolan, a Texas-based assistant director, just died after developing coronavirus symptoms while working on a commercial shoot in July.

All that makes it difficult to guarantee that studios will be able to consistently supply reopened theaters with new films. And if people don’t embrace the chance to watch Tenet for a couple of hours in the dark, inside, with a couple of hundred perfect strangers during a pandemic, what lesson will studios draw?

“No one can live without films seen in a movie theatre, on a big screen, with an audience, with all the chatter and the silence,” said a declaration at this week’s opening of the Venice Film Festival from executive directors of seven major European festivals.

No one can live without movie theaters? It’s a noble, if somewhat antediluvian thought. But we’re about to find out what part of it is true, and what part is Hollywood desperately holding onto last century’s business model. Regardless, this will be a weekend to remember.